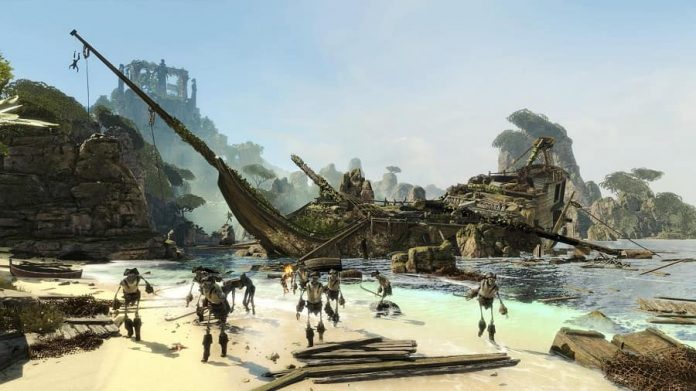 Being fans of puzzles, shooting, humorous quips and co-op gameplay, we took quite a shine to Strange Brigade here at GameSpew.

We’ve pretty much enjoyed every second we’ve spent with its campaign missions, and also delved into its horde and score attack maps too. What’s really had us keen to go back to the game, however, is the promise of a three-part additional campaign called The Thrice Damned. The first part is now available.

The Thrice Damned Part 1: Isle of the Dead takes the Strange Brigade to the Mediterranean, where there are rumours of some dastardly revenants causing a ruckus. Suffice to say, it’s a level full of picturesque scenery and luscious vegetation, cruelly besmirched by legions of the undead. But you can put a stop to that, can’t you?

Once again allowing you to team up with three friends, Isle of the Dead is likely to take you just over an hour to complete depending on the difficulty you choose. There’s also a further six cat statues to track down, four relics to recover, and a handful of canopic jars to smash. There’s nothing particularly revolutionary about the DLC; it just provides more of the same Strange Brigade shenanigans. But then did anyone expect otherwise? We’ve played through it and had a ruddy good time, and also found that it gave us quite a lot of gold to buy new weapons with. 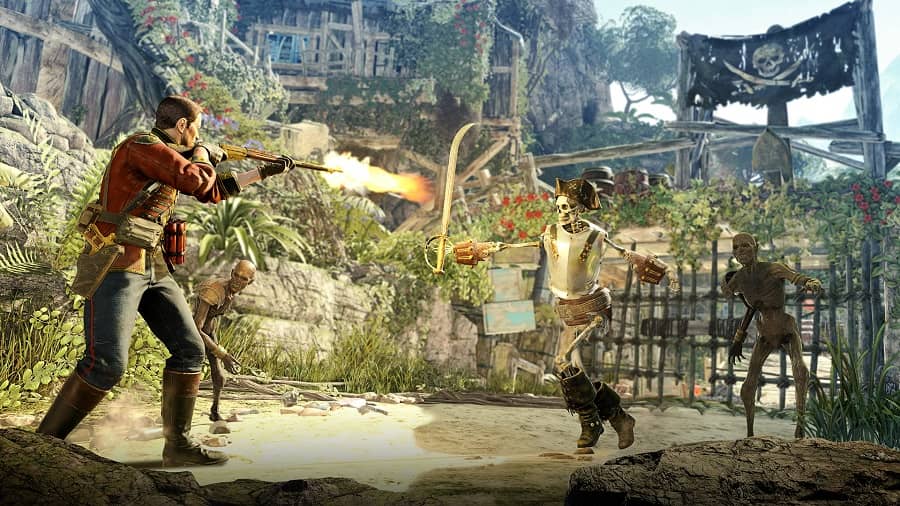 While the Isle of the Dead level costs £5.59/$6.99 to buy, there’s also some new content that’s free for everyone to enjoy. Horde mode has been bolstered by the new The Tunnels map, and you can now tackle Towering Temple II and Cursed Village II in Score Attack. Whether you’re willing to throw more money Rebellion’s way or not, there’s a reason to go back to Strange Brigade.

Of course, the most cost effective to enjoy everything Strange Brigade has to offer is to buy the game’s season pass. It’s available for £29.99/$34.99, and aside from granting you access to the complete The Thrice Damned campaign as it releases, it also allows you to make use of alternative outfits for the game’s original lineup of characters and a swathe of exclusive weapons. New characters are also included in the season pass. Three are available right now including the tough Tessie Caldwell, and they also bring new weapons and amulet powers with them.

Each costing slightly more than the new Isle of the Dead DLC, two further characters are planned for release, meaning that the season pass offers a considerable discount compared to buying all of Strange Brigade’s DLC separately. And by the time it’s all available, you’ll have a veritable selection of characters, maps, weapons, and amulet powers at your disposal, keeping you going back for more long after the pass has come to an end. Though hopefully Strange Brigade is a franchise that Rebellion sticks with, as it has a huge amount of character and potential.