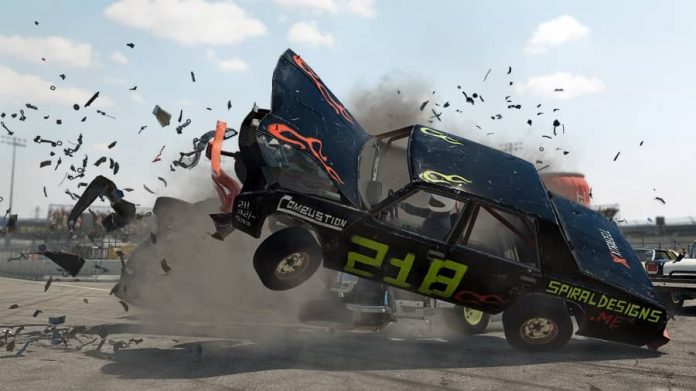 Released earlier this year on PC to critical acclaim, Wreckfest has stalled just as it was about to get going on console.

Originally set for a console release in November, the game has now been delayed until 2019. But we can’t be mad about it as it’s to ensure that the game is fully up to scratch before being unleashed on the public.

In a press release, Roger Joswig, Senior Producer at THQ Nordic stated that “Wreckfest for consoles will only be released as soon as we love playing it.” You can’t get fairer than that. Additional time will be spent polishing the multiplayer aspects of the game, and well as improving overall performance. And as compensation for the delay, more vehicles will be added to the game, including a “crazy special vehicle”. We wonder what that is.

While we’re disappointed that we won’t be able to play Wreckfest on console this side of Christmas, we’re glad that THQ Nordic has acknowledged that it’s not quite there yet and is doing something about it. It’s better to have a good game later than a poor game right now. Or something like that, anyway. Go read our review of the PC version of Wreckfest if you want to get clued up on the game.