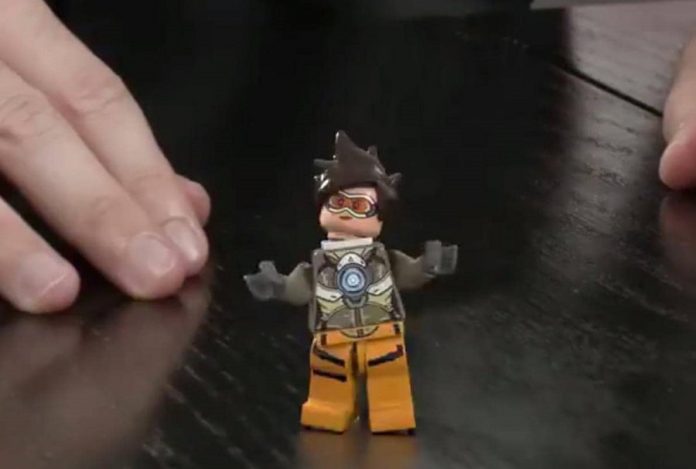 Since the Overwatch LEGO sets were teased back in May, fans have been hoping for any news on the collaboration.

In August, we finally got a nice teaser on Twitter, with a possible six characters revealed. There were many speculations about who the six characters were but this writer believes them to be: Genji, McCree, Reinhardt, Soldier: 76, Widowmaker, and Mercy. Hmm… four damage dealers, one healer, and one tank. Sounds about right.

Today on PlayOverwatch’s Twitter, they released a brand new teaser trailer featuring everyone’s favourite teleporting British beauty Tracer. Fan favourite Jeff Kaplan is also in the teaser, watching the LEGO Tracer jump around saying her famous voice line. Here’s hoping we’ll get more announcement about this awesome Lego collection soon. If you go to the LEGO website, all you’ll find is a Winston quote and a photo of some bananas and peanut butter, but you can check out the wicked Tracer trailer below.