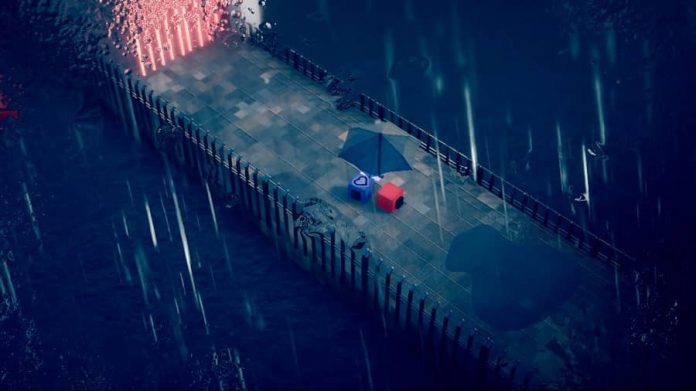 Zarvot is at its best when you’re pitched against another player.

The game’s multiplayer mode offers a good five minutes of frantic entertainment, as you blast and bounce your way round a handful of neon-daubed arenas. And if that was all the game offered, along with an appropriate price-tag, I’d be happy to recommend this cube-themed Nintendo Switch shooter.

Zarvot, however, attempts to stretch this concept to a full-length game and it never really works. The game casts you as Charcoal, a sentient cube, who, distressed by his friend Red’s lethargy, attempts to shake him out of his stupor. His depression-beating master plan is to bring Red a present and so, accompanied by his friend Mustard he, or rather you, sets out on a quest.

Sounds like a cue for a whimsical adventure, doesn’t it? The game’s Switch store page certainly thinks so, describing the game’s protagonists as “adorable cubes with hopes, dreams, unrequited loves”.

Certainly, Zarvot is a very pretty outing and the game’s quirky, retro-sonic soundtrack is a real treat for the ears. Yet five levels into the game, I found myself wishing all manner of unpleasant steam-roller related fates upon the pair. 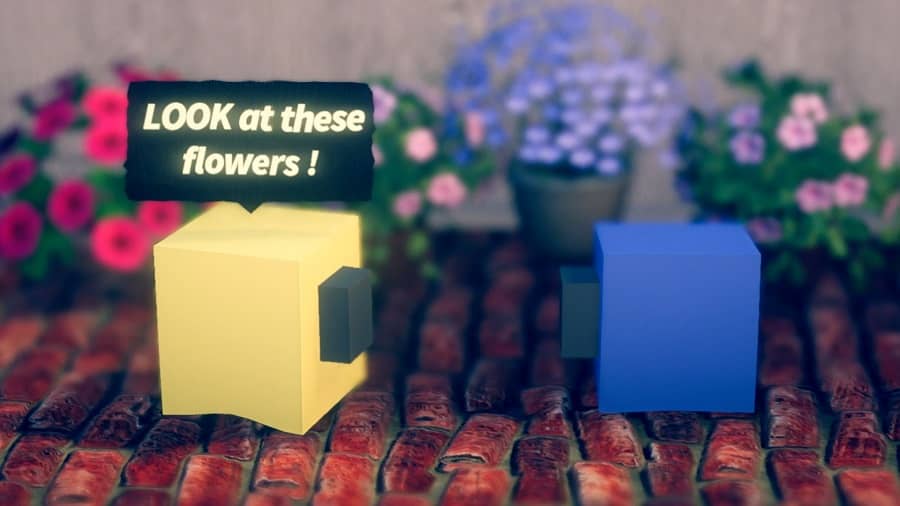 The problem is that Zarvot’s single-player gameplay seems designed to infuriate. The game places the same demands on you as Robotron, Geometry Wars and other twin-stick shooters, locking you into a series of small enemy-filled arenas. But Zarvot is a single-stick shooter, the right joystick doing virtually nothing and, as a result, you’re frequently outgunned.  The further you get into the game, the bigger an issue this becomes, particularly when Zarvot introduces additional mechanics.

Certain enemies are protected by a shell, which can be only be removed by using your blast attack. This circular energy wave, however, only affects enemies who are on the circumference, rather than the inside of the attack; furthermore, you’re required to hold down a button to unleash it. Assuming you survive the initial awkward assault, you can spend a good five minutes zooming around an area, fleeing shielded, fast-moving enemies until one just happens to stumble into your wave. 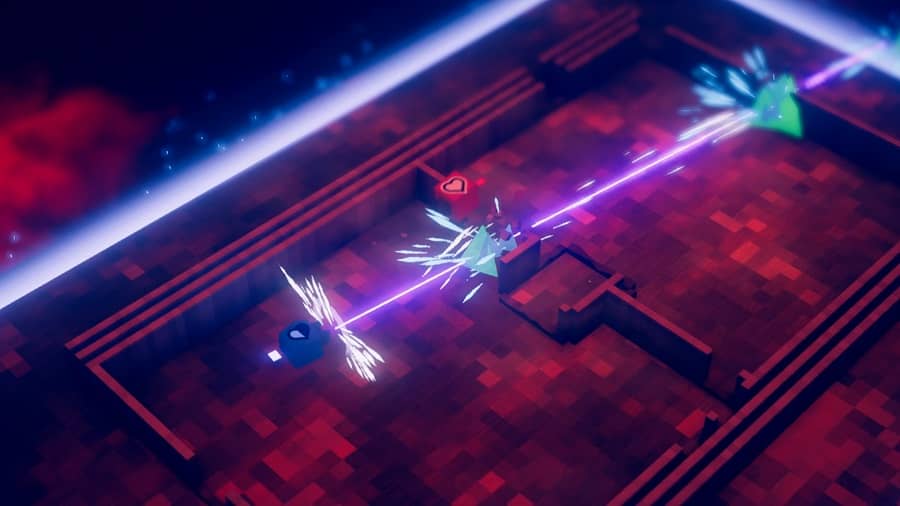 Nor does Zarvot’s storyline warrant overlooking its flaws. The game tries to be cute, but never manages to pull it off, giving you a sidekick whose only character trait is that he misspells words and sometimes slips into DOGE-speak.

You’re presumably supposed to find it endearing that Charcoal thinks gathering the right present will make Red well again. But when you’ve traipsed through six levels, with next-to-no meaningful NPC interactions, even an arrow-to-the-knee joke would relieve the tedium.

Had Zarvot stuck to its original premise as a “local multiplayer shooty shoot game”, it’d be a fun little game to pick up and play. The game’s multiplayer mode, each player using one Joy-Con, is the game’s prime redeeming feature and is a heck of a lot of fun in its own right. But weighed down by a middling-at-best single player mode, no matter how quirky it attempts to be, Zarvot’s trying, polyhedral antics don’t justify the price of admission.

Zarvot is available on Switch.