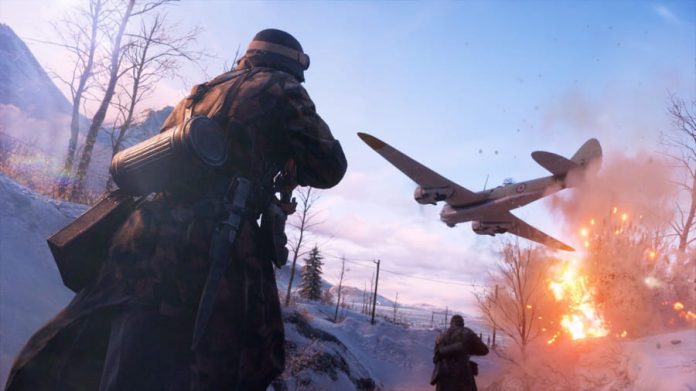 Well, okay. It does. But Battlefield V‘s online offerings don’t currently stand out that much from its predecessors. Its single player War Stories are noticeably different though: they’re noticeably worse.

It feels too early to review Battlefield V really, but it’s available to buy right now and you’re probably wondering whether you should spend your money on it. Just know that if you do buy it before December 4th there’ll be a War Story you can’t access, and the new Battle Royale online mode won’t be available until next year. There are other features, too, that aren’t yet live, such as vehicle cosmetics. At the moment, then, there are a lot of features that tempt you to investigate them only to then say “Coming Soon!”.

Opening much like Battlefield 1, with a sombre playable montage proclaiming the horrors of war, Battlefield V makes a good first impression. The controls are responsive, firing a gun feels forceful, and on Xbox One X, its graphics initially wow you. If, like me, you then jump into the game’s single player campaign though, your hype is likely to get deflated rather quickly. Split into three War Stories, each putting you in control of a new character in a new location, Battlefield V‘s campaign just doesn’t grab you like Battlefield 1‘s does. It feels scrappy, and there’s just too much reliance on stealth. 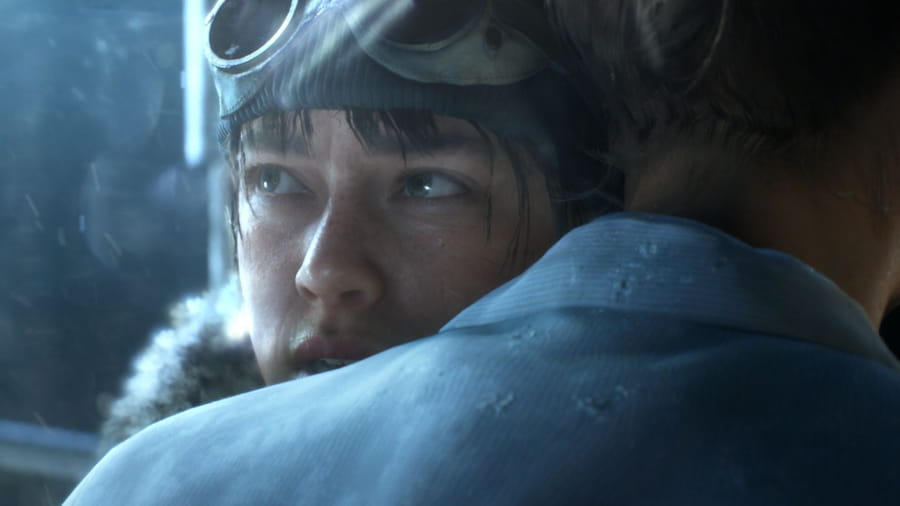 Under No Flag is the worst of the bunch; a story which places you in the shoes of Londoner Billy Bridger. He’s a failed bank robber who’s joined the Special Boat Section unit as part of a deal. Tonally, it feels at odds with the serious grand opening of the game, with clichéd “I’m a cockney!” banter. Left to complete objectives in the way you see fit, the gameplay also feels a little devoid of character, and at times can be bewildering. Exciting set pieces are few and far between, and when they do occur they can be frustratingly chaotic. Nordlys, the second War Story, feels overly similar gameplay wise to Under No Flag; only the scenery is drastically different.

Thankfully, the third War Story, Tirailleur, keeps the need for stealth to a minimum, and also packs the most emotional punch upon its conclusion. Having you fight through woodland to take back a French chateau, Tirailleur feels more focused than Under No Flag and Nordlys, and is all the better for it. 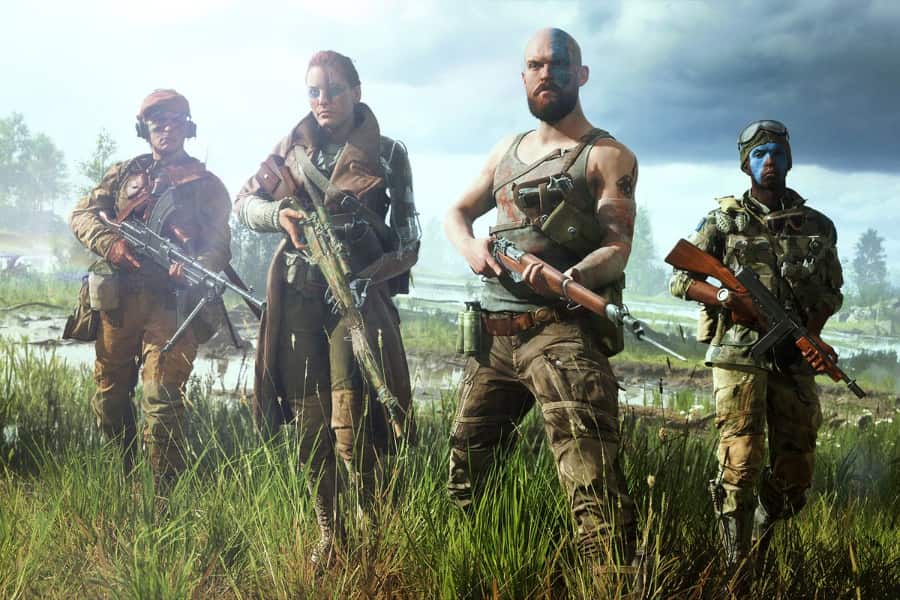 As usual, the War Stories are plagued with pointless collectables that don’t really have a purpose, and numerous challenges that might just have you return to each story to test your abilities. Chances are though, after you’ve gone through them all once, you’ll not return unless you’re hellbent on unlocking all of the game’s achievements or trophies. They’re just not that interesting or enjoyable to play. Not compared to taking the action online and engaging in large-scale warfare, anyway.

Battlefield V‘s online action is just as fast-paced and chaotic as ever, and that’s why I love it. There’s no other game out there that manages to convey the feel of all-out conflict like the Battlefield series does. While it’s too early to really say if the nine maps the game has launched with will resonate with fans in the long run, none of them elicit a groan from me when I see them coming up in rotation yet. I do already have some favourites, such as Rotterdam whose streets instigate some tense close-quarter firefights, and Fjell 652, a mountainous area with lots of elevated areas and sneaky nooks and crannies. Twisted Steel is also a good one, with its large bridge often becoming a hotbed of activity. 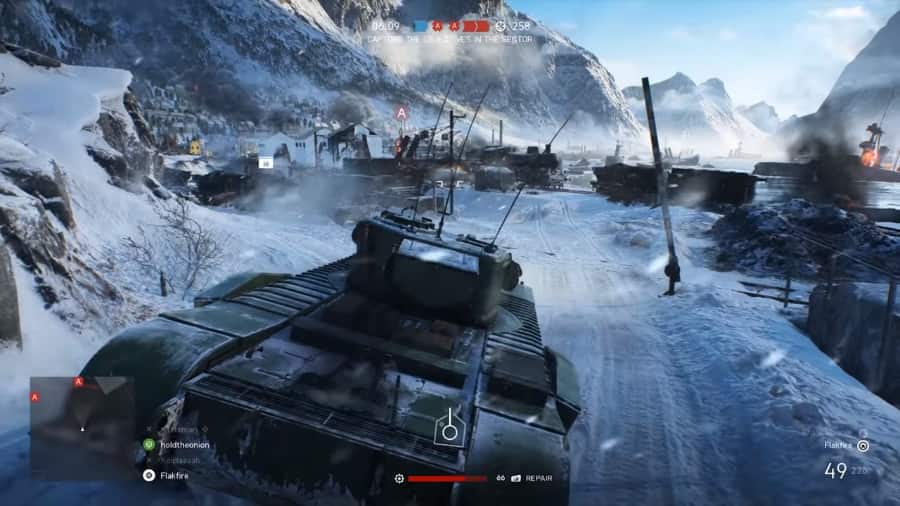 Gameplay changes are light in Battlefield V‘s online offerings, but they are noticeable. For example, playing as part of a squad is more important than ever. You’ll automatically be placed into a squad when you play, and you’ll find that even if you’re not a medic you can revive fellow squad members. Any points accumulated by your squad can be put to use by the squad leader, too, allowing them to call in reinforcements to hopefully change the course of battle. Although of course, this relies on your squad leader actually putting them to good use.

Other gameplay enhancements include improved player movement, better gun play and increased destruction; basically everything you’d expect in the latest Battlefield iteration. And it all generally works. While sometimes it’s a little bit awkward to climb up onto a ledge, movement is much more fluid by and large. And a combination of more accurate firing and being able to penetrate certain barricades with your bullets means that death comes that bit more quickly for you and your opponents. Conflict in Battlefield V feels more perilous than ever, and that’s a good thing. 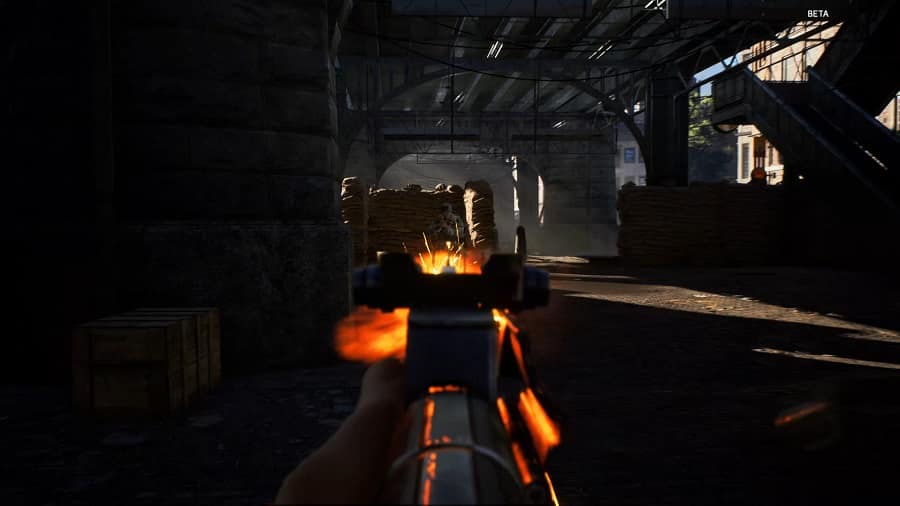 The only thing that really pulls Battlefield V down a little other than its lacklustre single player campaign is its bugginess. While a recent patch has improved things a great deal, it’s still not unusual to see players’ corpses twitching and levitating before simply disappearing. It doesn’t affect the gameplay all that much, but it can be pretty distracting at times.

All in all, then, it’s business as usual for the Battlefield series. As it currently stands, Battlefield V doesn’t do anything out of the ordinary, but it’s atmospheric, tense and wildy entertaining. Buy it for its online offerings but not for its single player campaign, which is the weakest aspect of this release. Though whether or not you buy Battlefield V now or when it’s more feature complete is up to you. There are certainly enough modes and maps available right now to keep you entertained for months, and thanks to the steady roll-out of content that’s planned, it should just get better and better. Though the proof will be in the pudding.

Battlefield V is available on PS4, Xbox One and PC. We reviewed the Xbox One version.