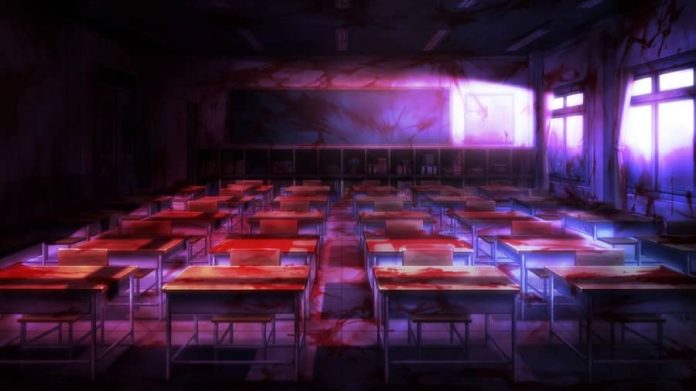 If at first you don’t succeed, die, die again.

That’s the message behind Corpse Party: Book of Shadows’ opening story, an impressively strong start to this collection of micro-tales.

Set in a cursed, otherworldly school, this particular vignette has you struggling to save a schoolgirl who, rejected by her best friend, decides to take her own life. At least that’s how events unfolded in the original Corpse Party; this anime-style adventure provides enough exposition that you don’t have to have played the prior game to appreciate the students’ plight.

The notion of cheating fate is an appealing one and each failure will only serve to spur you onwards. Fail to save your friend and you’ll be treated to a horrific text description of her demise, knowledge that stays with you when you return to the game and make an alternative choice. And despite the game’s supernatural elements, this initial chapter’s themes of sexuality and unrequited love are surprisingly relevant.

True, the opening scenes where the pair share a bath are pure, unashamed, fan service. But you’ll still be thoroughly invested in reaching her, envisioning yourself reaching down and rescuing her from the emotional abyss she’s found herself in. Powerful stuff indeed. 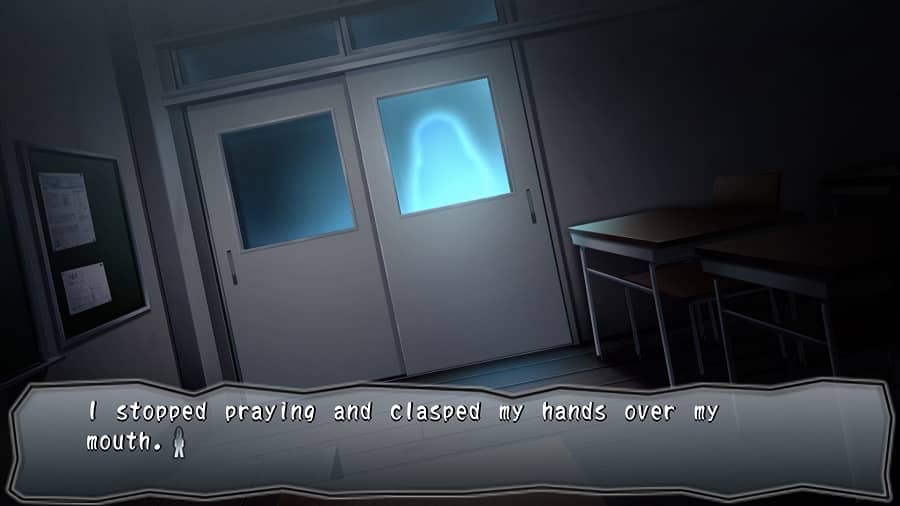 However, once you’ve conquered this opening chapter, the game loses some of its momentum. Corpse Party: Book of Shadows takes its cues from Japanese horror movie The Grudge, revolving around a curse that consumes or imprisons all who encounter it. Yet whereas The Grudge’s curse spread out from its point of origin, nearly all of Book of Shadows’ stories take place in the same location, Heavenly Host Elementary School and, consequently, the game can become a tad repetitive.

Each chapter introduces another character and see the school through a different pair of eyes, but Book of Shadows’ core gameplay is lacking. It sports some visual novel elements (the game automatically quicksaves so you can undo your more fatal decisions) but there’s also too much to-ing and fro-ing. Once you’re more than two chapters into the game, you’ll find yourself inwardly groaning each time the game finds an excuse to thrust you into those unhallowed halls. As soon as Book of Shadows starts to ramp up the fear, your irritation will wane but I’d have rather seen the curse taken outside of the school (something that later entries in the Corpse Party series offer).

Even though you view the halls from a first person perspective, navigating the school requires you to click on individual rooms, poking around for the one item you’ve missed. There’s the odd puzzle but these can often be illogical; such as the puzzle where you have to use a wind-up key on a random hole in a toilet door. Looking through the hole, on the other hand, results in your bloody demise; this strange solution may be in keeping with the school’s otherworldly nature but there has to be some logic at play. 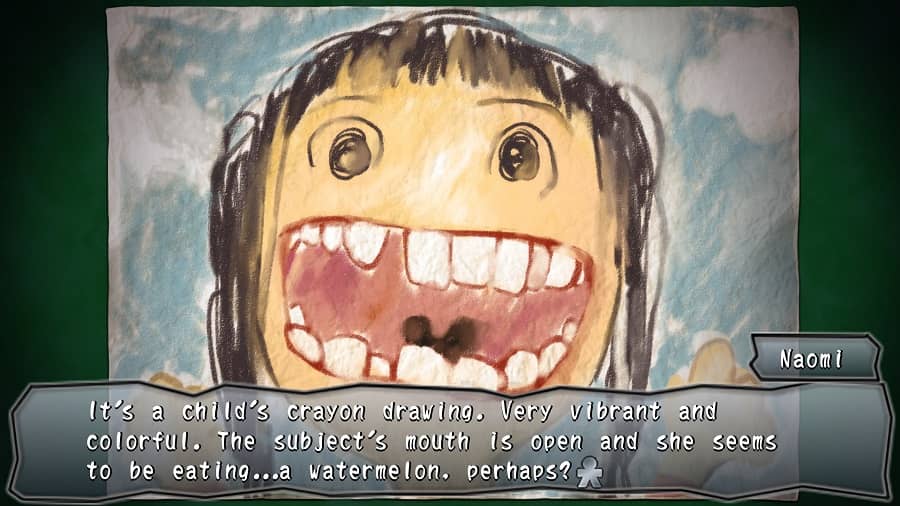 Fortunately, Corpse Party: Book of Shadows’ fear factor prevents it from disappearing into the mire of Steam also-rans. The game has a way of getting under your skin, due in part to the disjointed nature of the game’s chapters. Contrary to expectations, I found that playing the original Corpse Party actually diminished the experience since it filled in some of the gaps. Prior to that, I was happy just imagining how the chapters connected, the odd clue hinting at the actions of a prior character.

And while the cast may seem a tad interchangeable, the more you play the more their distinct personalities shine through (before they’re crudely dismembered).  The decision to use text description, despite the game’s anime/manga stylings, pays off and your own imagination conjures up horrors more disturbing than any dishpan-eyed drawing could. But be warned, it does sport some less-savoury anime-style trappings, including two scenes where a noxious substance leaks from beneath the skirt of a schoolgirl.

Even if the game’s visuals don’t appeal to you and you’ve never tackled any other games in the series, it still warrants investigating. Corpse Party: Book of Shadows’ frequently disconcerting and often bloody payoffs, as well as periodical dollops of psychological horror, make it worth tolerating the game’s less engaging moments.

Corpse Party: Book of Shadows is available on PC. 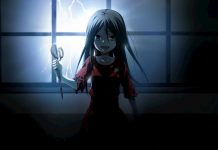 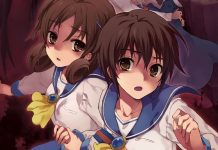 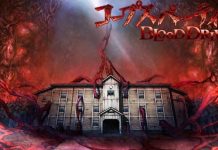