GRIP: Combat Racing balances the arcade racer genre with a good helping of replayability and customisation.

For me, there are few things in gaming as simple and enjoyable as a good arcade racer. When you throw out all the practical physics and realism of racing sims, and toss in gravity-defying courses, with loads of weapons and items, it’s hard not to have fun. GRIP provides you with enough solo, multiplayer, and customisation content to keep you going well past your first few championships.

While it doesn’t necessarily break the mould to offer a truly unique experience, it succeeds in doing exactly what an arcade racing game should: it keeps you engaged.

Racing for a Nicer Ride

If you’re flying solo into GRIP: Combat Racing, you won’t be disappointed with the amount of content. The career mode offers a large number of different tiers to race through, all with individual race types, difficulty settings, number of opponents, and more. Through the various tiers you’ll become accustomed to the differing weapons you can pick up while driving, master the chaotic courses that will constantly flip you upside down, and begin to unlock more personalisation options for your car, as well as one of the many available cars.

GRIP also makes sure that each vehicle is different, in terms of stats, so your choice isn’t purely cosmetic. I find myself switching rides depending on the type of event I’m doing. The diversity of the cars, and race modes, is excellent.

By switching up the race type from tier to tier, and even within tiers occasionally, you never really feel like you’re repeating the same thing over and over again. One of the bigger issues I did have, however, was the somewhat low number of tracks. After only a few tiers, I found myself running the same race again. Luckily, GRIP provides enough excitement that I was never truly bored during a race, but I still felt at times that I was racing through the same environment too frequently. 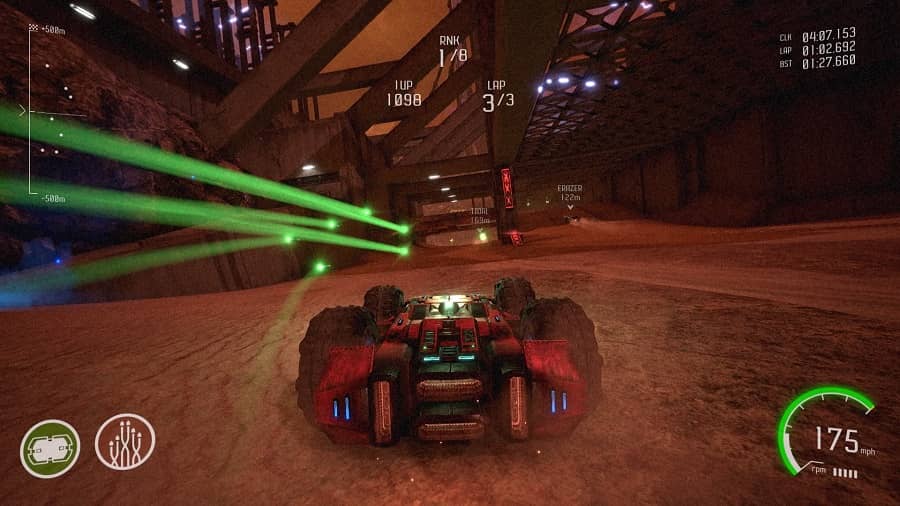 Should you be interested in a more condensed experience, GRIP has plenty for you to enjoy. Outside of the standard classic race, you have Arena modes, Ultimate Race, and Carkour. Ultimate Race might be my favourite overall. You race the standard lap amount, but the winner is based on overall score, which is affected by things like destroying opponents and precise driving.

For those who want some good ol’ multiplayer action, the Arena mode is the place to be. Drive around with the sole purpose of collecting weapons and destroying your opponents. I will say, though, Arena is where you feel the weight of GRIP’s controls. Turning your vehicle around is a laborious process, and it never seems to go smoothly, which is rough during battle.

I love the ‘Carkour’ addition. These tracks are designed to test your abilities and limits as a driver through a series of tricky courses. Precise driving, understanding of mechanics, and a sharp eye will lead you to victory here. While some of these modes feel like they aren’t fully fleshed out or refined, the fact that they’re there is what matters. GRIP: Combat Racing does well to provide you with something to do, no matter what kind of mood you’re in. And no matter what, it never loses its wild side, and never fails to feel chaotic and fast. 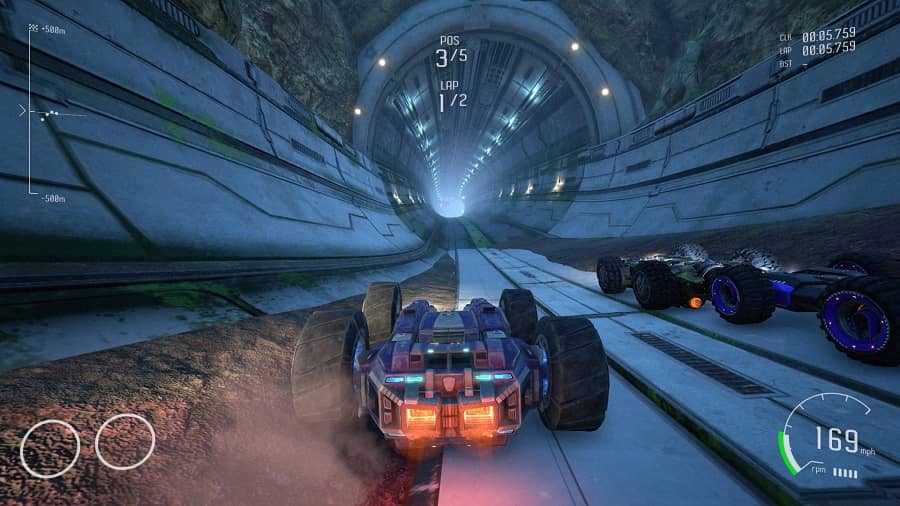 A Race I’m Glad I Finished

GRIP: Combat Racing may never really dazzle you, but it does enough to keep your attention. It has the content, the customisation, the intensity, and the replayability. Barrelling through the maps at full speed while you flip up and down, periodically riding on the ceiling, is a blast. It’s a great multiplayer game, and an arcade racer that understands its purpose. Does it go beyond that? No, not really. But it doesn’t matter. It is, at times, sluggish and frustrating, but those moments pass by as quickly as your opponents after you take a missile to your backend. GRIP: Combat Racing fulfils its duty as being an engaging, fast, and unforgiving racer.

GRIP: Combat Racing is available on PC, PS4 and Xbox One. We reviewed the PS4 version.