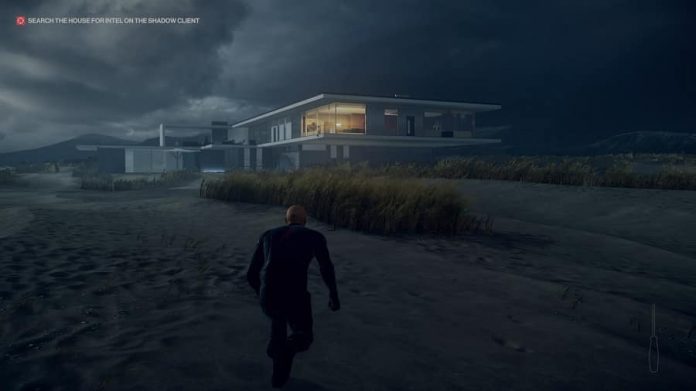 It came four years after Hitman: Absolution, a game which disappointed many due to its more linear structure, but thankfully Hitman returned the series to its roots. In its campaign, players could familiarise themselves with sandbox environments, choosing to follow story threads to eliminate their targets or to be creative and devise their own strategies. Then, they could tackle a whole host of user created contracts to keep revisiting the same environments unpredictable and rewarding. Ultimately, it wasn’t without issues, but it was the best Hitman game to date.

After being let go by Square Enix, IO Interactive has worked with new publisher Warner Bros. to further improve the formula with Hitman 2. While the visuals have been spruced up a little and the gameplay has been tweaked, the improvements don’t really make Hitman 2 feel like a full sequel; it feels more like Hitman 1.5. The stunted release schedule typical of an episodic title has been dropped, but this is still Hitman: Season Two. The way you download and access each level of the game independently is evidence of that. But you know what? It doesn’t matter, because never before has a Hitman game been comprised of such a stellar selection of sandboxes.

New features to Hitman 2, such as being able to blend into crowds and make use of mirrors, simply enhance your Hitman experience by giving you more options and awareness, but they don’t revolutionise it in any way. If you’ve played Hitman recently you might notice some of the more subtle changes to the underlying mechanics that make Hitman 2 more enjoyable to play, but most players will be oblivious to them unless they’re pointed out. Although that’s also partly due to how well the new features are implemented; they’re all unobtrusive and natural, such as the new picture-in-picture function which keeps you informed of what’s happening around you without taking you out of the action. 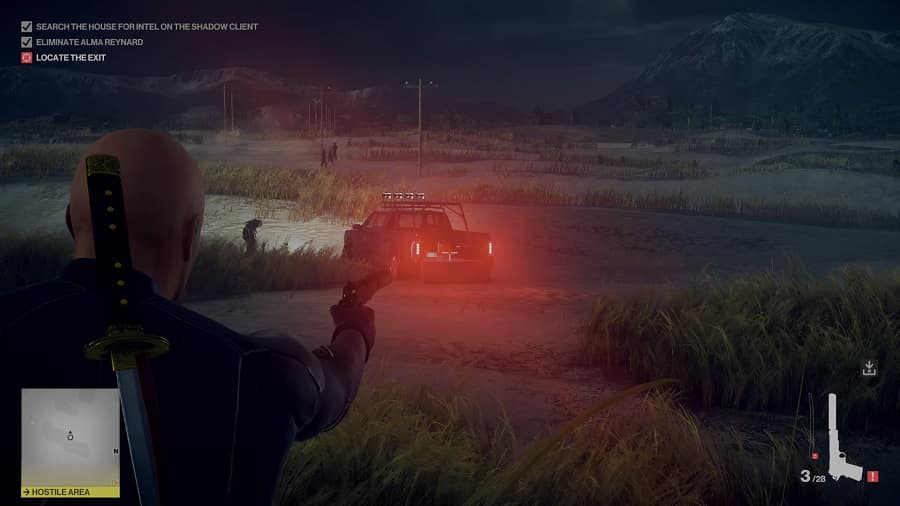 Hitman 2 offers six new environments for players to master, all dramatically different from one another. Hawke’s Bay, which comprises of an isolated luxury beach house and large plot of moody coastland is the smallest, and serves as a thrilling introduction to the game. The next three levels, however, are dramatically bigger and much more densely populated with civilians, making them feel more alive while also enabling you to get from A to B with less chance of being detected. And then as Hitman 2‘s story comes to a close, you’ll visit the wonderfully suburban Whittleton Creek and the remote Isle of Sgàil. Both of these levels switch up the formula by giving you tasks additional to simply eradicating targets. Needless to say, they truly put your stealth skills to the test, and can prove to be particularly challenging depending on how you choose to tackle them.

What really makes Hitman 2 a success, though, is the variety to be found within each level – and not just in terms of environmental design. While Mumbai and Santa Fortuna are indeed comprised of multiple distinct areas that each have their own flavour, every level except Hawke’s Bay has multiple mission stories for each target, meaning you’ll return to them two or three times to witness their comical dialogue and often hilarious conclusions. And after that, you’re likely to return to each of them at least a few more times to try and come up with your own methods of execution, no doubt spurred on by the experience system that opens up new starting points and more as you increase your level mastery. Hitman 2 rewards exploration and experimentation, even more so than its predecessor, ensuring you’ll go back to it time and time again once the credits have rolled. 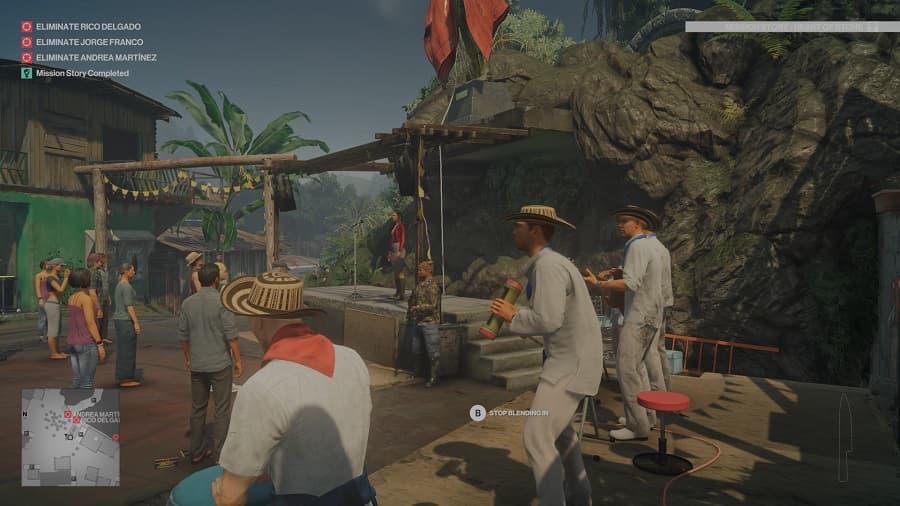 Outside of the story campaign, Hitman 2 is made more of a well-rounded package than its predecessor by the inclusion of the Sniper Assassin mode which can be played solo or in co-op, and the adversarial Ghost Mode. Sniper Assassin mode, which you could gain early access to by preording the game, provides an enjoyable shooting gallery that’s great fun in small doses. Ghost Mode, on the other hand, is a highly competitive endeavour that brings another dimension to the Hitman gameplay. Pitting you against another player online, you’ll race to eradicate targets to score higher than your opponent, but you’ll never physically meet each other as you’re both in separate realities. It works because it keeps up the pressure; you’ll want to act fast to score more points than your opponent, but at the same time being rash will only lead to you making mistakes.

Of course, Contracts Mode makes a return too, opening up a vast number of assassination opportunities, and Escalation Missions and Elusive Targets are set to be added after launch. Also, if you own the entirety of Hitman Season One in one way or another, you can import its levels into Hitman 2 to form a sizeable package. The levels have even been revised to make use of Hitman 2‘s new features, opening up new opportunities within them. It’s truly one of the best ways of rewarding returning players that I’ve ever seen. 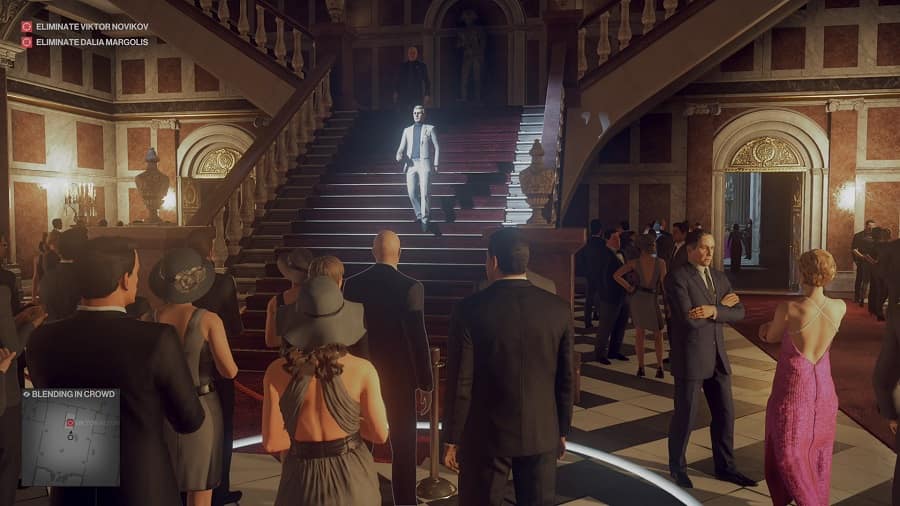 Unfortunately, one of its predecessor’s worst issues makes a return though. Despite being primarily a single player game, Hitman 2 once again pretty much demands that you play it while online. Play the game offline and you won’t have access to challenges and unlocks, making your experience pretty hollow. Also, despite the AI being improved, it’s still hit and miss whether your actions are considered lawful or suspicious at times. Sometimes simply walking too close to a guard on a busy street is enough to get their back up despite not doing anything suspicious at all. Other times you can lure their friends into some bushes after a conversation, steal their clothes and then return to do a fan dance in front of them without them even batting an eyelid.

To dwell on such issues is a fool’s game though, as Hitman 2 is otherwise a delight. It might not propel the series forward by leaps and bounds, but it takes small meaningful steps that improve the formula nonetheless. And when coupled with strong level design, it makes for a compelling purchase. Hitman 2 is an absolute treat for fans of Agent 47, but its enhanced features and difficulty options make it accessible for all. Mission stories once again act as great training wheels to get players up to speed with the game’s mechanics and environments, and from there, Hitman 2 has a wealth of possibilities just waiting to be explored, enjoyed and revelled in. And they should be.

Hitman 2 is available on PS4, Xbox One and PC. We reviewed the Xbox One version.