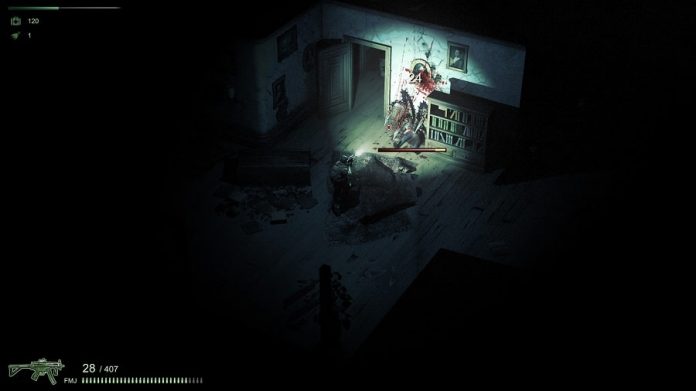 If you like stats and being scared, you ought to pay attention to HellSign, a supernatural RPG that’s available now on Steam Early Access.

In HellSign, you become a hunter of the supernatural. But it’s not wise to go in all guns blazing when you don’t know what you’re actually up against. Therefore, investigation are research are also important parts of the gameplay. “By failing to prepare, you are preparing to fail”, as Benjamin Franklin once said.

Starting the game with just a gun and a torch, it’s up to you to complete jobs and develop your character as you hunt down nightmarish creatures. From giant spiders to doors with teeth, the monsters found in HellSign are sure to unsettle you, making it all the more satisfying when you end them. And end them you will, with an arsenal that will grow over time. Eventually you’ll have access to shotguns, special bullets, handy gadgets and more, all allowing you to more effectively deal with the horrors you’re faced with.

The Early Access version of HellSign, which costs £11.39/$14.99, is gameplay-feature complete. It does, however, only have the first of three story chapters that will eventually make up the full game. That basically equates to 10-12 hours of gameplay, encompassing 13 terrible creatures to hunt and three horrendous bosses.

Want to see what HellSign looks like in action? Check out the trailer below. And if you like what you see, why not take a look at the game’s Steam page for more information.