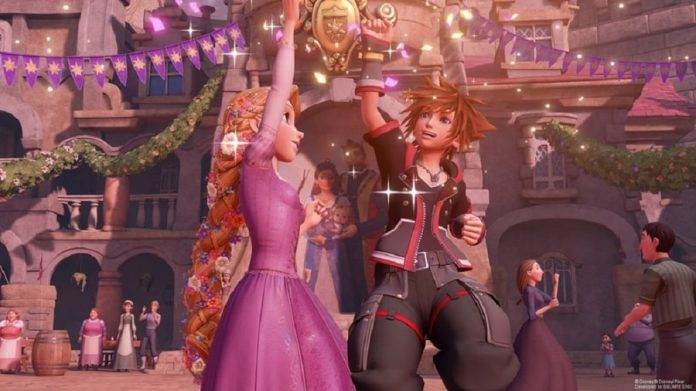 Just like the movie, this new trailer shows clips of Rapunzel letting down her hair to escape from the tower she’d spent her whole life in, accompanied by the handsome Flynn Rider who helps her.

Sora, Donald, and Goofy decide to help Rapunzel and Flynn to get to the kingdom, taking on hordes of Heartless along the way. The trailer highlights some of the combat that players can expect and showcases the use of Rapunzel’s magical hair to help in combat.

Kingdom Hearts III will be available on PlayStation 4 and Xbox One January 29th, 2019. Pre-order the game now from Amazon.