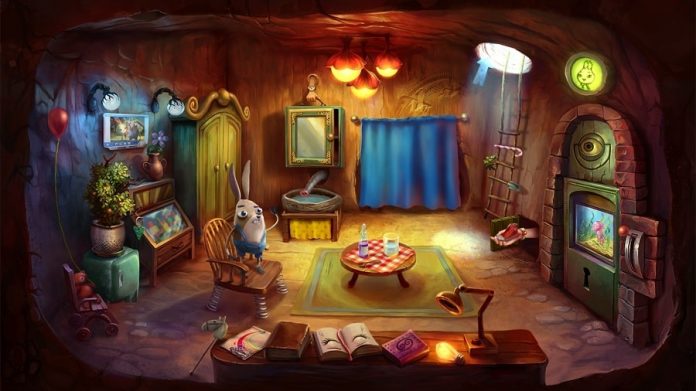 What would you do to help your loved ones cope with tragedy?

Many point-and-click games have difficult puzzles and require lots of frantic clicking in order to move on in the story. As such, their stories can often get bogged down and lost due to the frustrating lack of progress. It’s rare to find a point-and-click or hidden object game that helps out the player in a variety of subtle ways to keep them from getting stuck and allowing them to really appreciate the thought and dedication that went into its story. But that’s exactly what we have with My Brother Rabbit.

Developed by Artifex Mundi, My Brother Rabbit is something of a departure for the studio. The team is synonymous with hidden object games, but here it’s dropped the typical over-dramatised fairy tales for a more touching, grounded tale – albeit one that’s still steeped in fantasy.

My Brother Rabbit tells a heart-wrenching tale of an older brother who tries to help his sister cope with a serious illness. Rather than stay in the reality of the cold and scary hospital, the children transport themselves into an imaginary world filled with colourful creatures and gorgeous settings in order to pull away from their scary situation. The main story follows a sweet little rabbit whose friend gets suddenly sick. He must take his friend across a twisting, turning map in order to get her the help she needs. 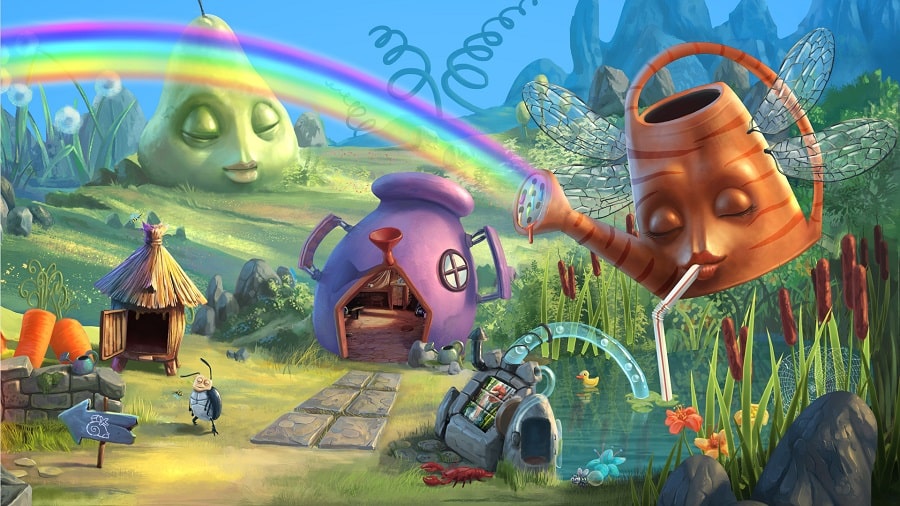 The game mechanics for My Brother Rabbit are very simple. You click around each scene in order to help the rabbit get everything that he needs to move on. For example, a door is locked and you require a couple of butterflies to open it. From there, the game will put a prompt up letting you know exactly how many butterflies you will need so you can go and look for them. My Brother Rabbit has a brilliant way of helping you out by highlighting the prompt when items you need can be found on the current screen. Once you’ve found them, the prompt turns grey to indicate there aren’t any more of that item in the current area. It’s a very clever way to keep the player from having to click all over each map hoping to find something that might not even be there.

There are also puzzles strewn about that players will have to solve using some of the collected items. There’s a good variety on offer – but if you’ve played any of Artifex Mundi’s previous games, many will be familiar to you. Maybe you have to take a few coloured stamps and put them in the correct order according to a photo you found in a room a few moments earlier, or maybe you’ll have to piece a jigsaw together, or colour co-ordinate a big group of spiders to unlock a room. The puzzles are very clever and not at all impossible to solve. Challenging at times, but rewarding when you complete them. 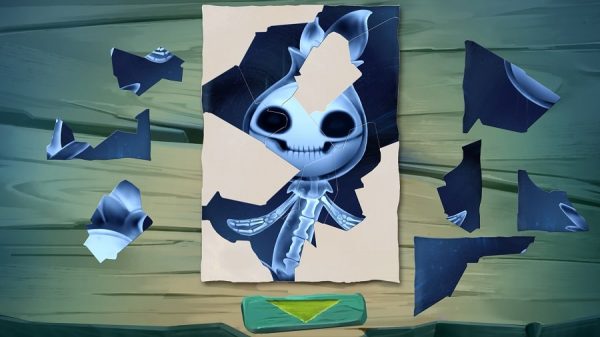 My Brother Rabbit’s world feels right out of a child’s imagination. The creatures are colourful, silly and cute. Each setting is completely different from one another and there are endless details to take in as you play. And each scenes isn’t filled with items to throw you off course. There are a few here and there that you won’t need to use, but mostly you’ll only see items that you’re going to need later on. Of course, this makes the game a little easier, but that’s what makes it charming. My Brother Rabbit doesn’t rely on artificial difficulty to draw players in; it does that with the sheer amount of charm exuding from the art style.

Even the characters seem like something out of a childhood book. Rabbit and his flower friend are adorable, but so are all of the characters that you come across. The stuffed bear doctor who tries to help; the large tea pots with smiling, serene faces; the beetles that seem to be toasting hot dogs no matter where they are (even underwater). It is all done seamlessly and fits incredibly well together. 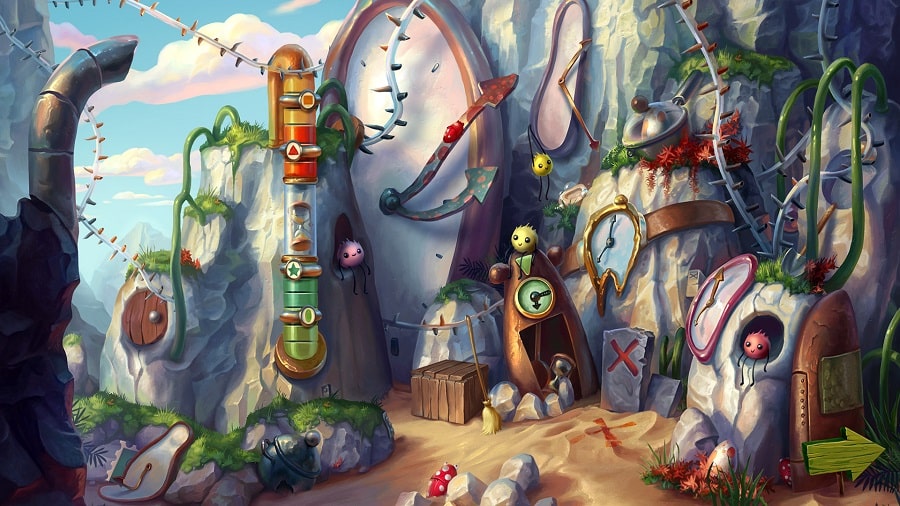 Children and adults alike will find something to love about My Brother Rabbit, but it may be a little too easy for those who like to be challenged by their games. Sure, I got stuck a few times, but with enough looking around and clicking I was able to solve just about everything pretty quickly. Sometimes, though, you know that the item is there but it can still take a while to figure out how to get it. It’s easy, but it won’t hold your hand if you’re stuck.

In the end though, it doesn’t really matter. This is not a game you play for its challenge; it’s one you play for its gorgeous design and beautiful but subtle storytelling. My Brother Rabbit is a fantastic hidden object point-and-click that inserts you right inside a child’s vivid imagination. It only takes around two to three hours to beat if you’re looking in the right places, so if you’re really into it, it can definitely be completed in one sitting.

My Brother Rabbit is available on PC, PS4, Xbox One and Nintendo Switch. We reviewed the PC version.