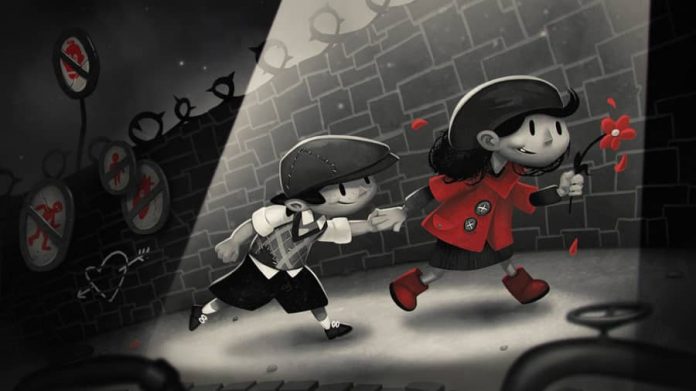 My Memory of Us feels like a mix between Valiant Hearts: The Great War and, believe it or not, Wolfenstein.

I’ve played a lot of platformers in my time. After a while they can start to feel pretty similar to one another. You travel all over levels performing different tasks, sometimes there’s backtracking and puzzles, but mostly it’s a lot of the same. It can also be hard for platforming games to have a consistent story, one that’s worth keeping up with.

Valiant Hearts: The Great War is one of my favourite platformers of all time because it had a heart-wrenching story that kept you glued from beginning to end. My Memory of Us from developer Juggler Games isn’t quite as compelling as Valiant Hearts – but it definitely reminded me of it in all the best ways.

My Memory of Us takes place during a make-believe war – though it hints at World War II themes – that happened many years before the present day. When a little girl comes across an old man’s bookshop and finds a book full of memories from the man’s past, he begins to tell the girl (who just so happens to look like one of his old friends) about his past.

You play as the much younger version of the old man and his young friend who takes him in. The two get into all kinds of mischief that turns much more serious when the war against evil robots – yes, evil robots – begins. The Evil King segregates citizens and forces them to move out of their homes, but the two children always have each other. 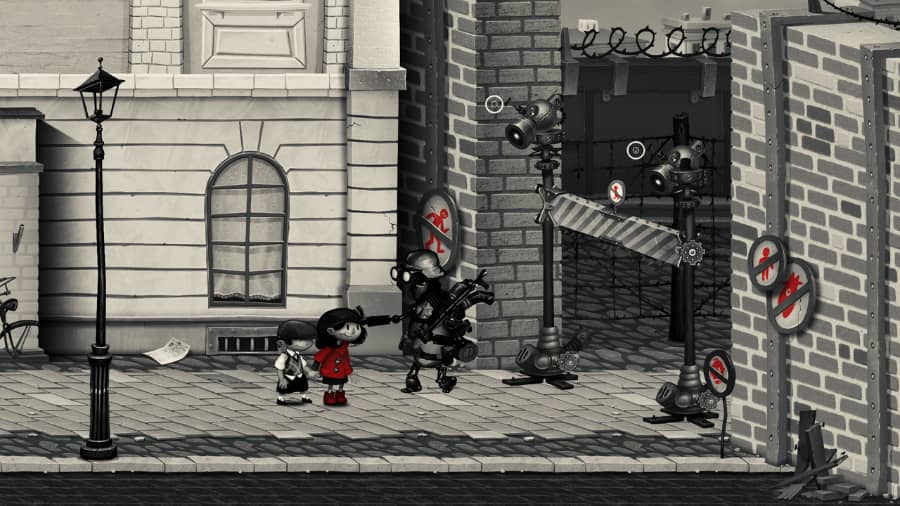 The boy and the girl that you play as in My Memory of Us each have their own unique skills. The boy, for example, is an expert thief and is able to sneak past guards and walk quickly and quietly over dangerous obstacles. The boy is also able to steal important items from guards if he sneaks up on them just so. The girl, on the other hand, is able to run (with or without towing the boy behind her) and she can use a slingshot to knock things down from high places, press buttons, or distract guards at just the right moment.

The whole game is set on against a completely monochrome backdrop with the occasional pop of colour. At the beginning of the game, for example, the children are asked to gather a set of apples from a nearby tree. When you approach the tree, everything except the apples are grey. The apples are a bright red making them look truly delicious. Later on, those that are not soldiers or part of the robot regime wear red clothing to distinguish themselves from the others. A simple colour choice makes from a truly unique experience. 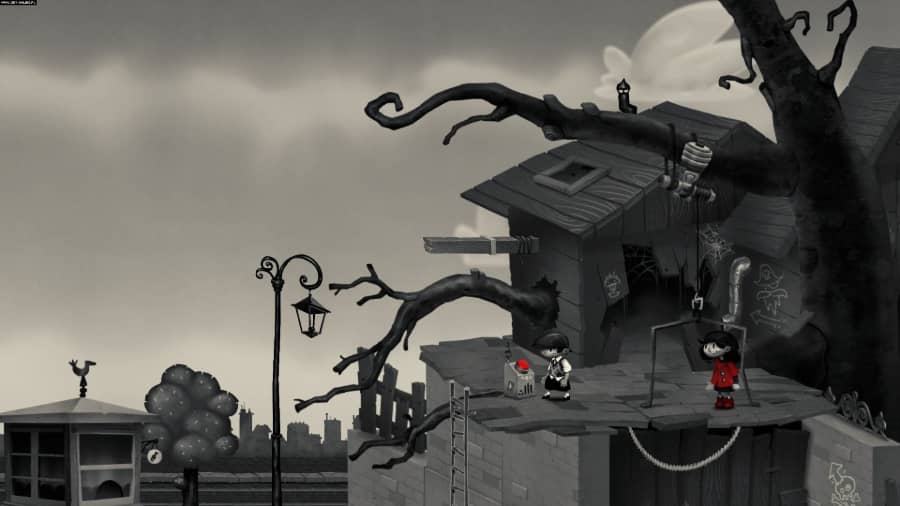 The gameplay mechanics are simple enough to pick up, learn, and understand. Players are able to switch between playing as the girl or boy or have them hold hands to move together. The majority of the game consists of platforming, puzzles, and stealth areas. Many of the puzzles are clever, but you’ve likely seen them in other puzzles games. Move plates around to get them in just the right place, or decode a locked door for example. A lot of the puzzles can be challenging at first, but never overly so.

The stealth portions of the games are the most cumbersome. If you fail, you often have to start back farther than you think. I often didn’t want to continue playing after getting caught in one spot multiple times. These sections seemed to rely less on stealth and more on perfect timing in order to escape. In a game where I was incredibly invested in the story, I just wanted to progress. Getting stuck doing stealth missions was a bit of grind that ruined the flow of the game for me. 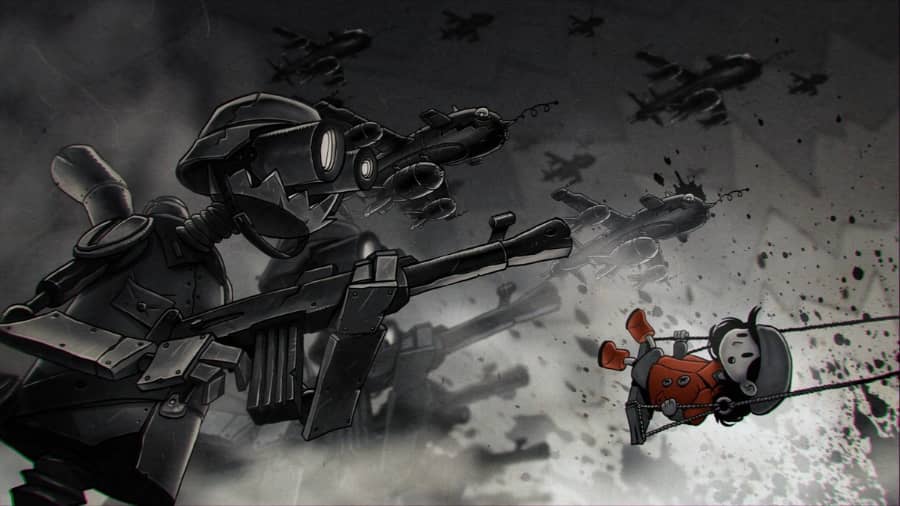 As I mentioned, when I first started My Memory of Us I was reminded of Valiant Hearts. There’s a lot of similarities. The characters themselves don’t speak; they simply make Sims-like noises, but there is a narrator – who just so happens to be Patrick Stewart. With a voice like Stewart’s at the front-line, the game is beautifully narrated. The only time that I wished I had more narration from Stewart and less grunting noises from the characters was during portions of the game where there are multiple characters, all making sounds at the same time. It drove me insane listening to the soldiers mumbling to each other loudly – especially when it happened to be during a stealth section that I had to repeat multiple times. This is a very minor thing, but sometimes less is more.

The other two games that came to mind when I first started were Brothers: A Tale of Two Sons and Wolfenstein. The way My Memory of Us‘ characters work together is very much like Brothers; both characters need to be moved simultaneously and often, both are required to solve puzzles. More surprisingly, the game’s story reminded me of the war against Nazis and robots in Wolfenstein. My Memory of Us also covers similar deep topics, but in a much more light-hearted way. And there are robots.

Despite its annoying stealth sections, My Memory of Us is a truly touching platformer that uses beautiful artwork and clever puzzles to weave a rich narrative. It may not be perfect, but Patrick Stewart’s stellar narration is enough to forget any minor niggles.

My Memory of Us is available on PC, PS4 and Xbox One. We reviewed the PC version.