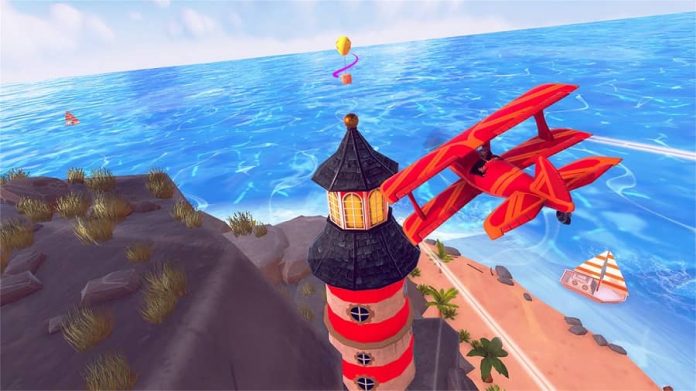 It’s full of bright colours, wacky characters and features the kind of chirpy, endlessly looped music beloved by small humans. Basically, it looks and sounds like a kid’s game – and it’s pretty easy to play too, with only a few buttons used to control yourself in the air. Within this candy-coloured exterior, though, lies a surprisingly hardcore, uncompromising gaming experience that demands absolute precision to progress. It’s a bizarre juxtaposition; failing in such a technicolor world feels a bit like punched in the face by a Disney mascot.

Made by independent German developer Z-software, whose varied back catalogue includes sports games, mobile games and the Autobahn Police Simulator series, the basic gameplay of Pilot Sports is straightforward enough. Choose a character from a range of colourful stereotypes, from a James Bond tuxedo type to a black woman with the sort of afro that seems to only exist in 1970s cinema, and pick a level. Initially, you’ll have 10 to choose from, which cover flying a biplane, manoeuvring a jetpack, falling in style with a parachute, and gliding in a hang glider.

To Pilot Sports’ credit, the modes of transport do feel genuinely different. The biplane is the fastest, with your engine allowing you to power through the skies and make tight turns to get through gates. The jetpack generally has you much closer to the ground, picking up packages or landing on special platforms, with the key being to balance thrust and forward momentum. With the parachute you’ll need to shift backwards and forwards and left to right to pass through gates, while also diving to ensure you plummet as fast as possible. Finally, you need to decide just when to open your parachute to land in the centre of the bullseye on the ground. 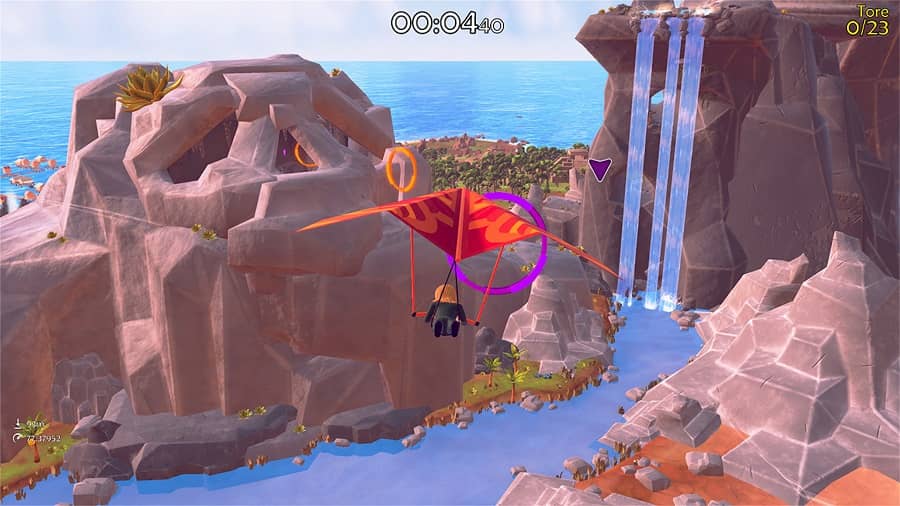 The hang glider, though, is probably the most interesting. Here, you’ll want to focus on delicate movements and passing through elevating air currents. This is best demonstrated by a level where the goal is to fly as far as possible before landing on a bullseye. With floating pickups and gates dissuading you from a straightforward route, it’s a challenge that almost seems to be experienced in slow motion. You’ll make painstakingly small adjustments and judge whether you’ve got enough height to make that next air current.

Your efforts will earn bronze, silver and gold medals – but only gold medals count towards unlocking the next set of levels. To progress from the first set of levels for example, you need five gold medals and, like their Olympic cousins, these gold medals require perfection. Miss a gate in a biplane and it’s over. The biggest problem with this system is that Pilot Sports doesn’t tell you the score you need for a gold medal. As such, the wait to see how you’ve done can be agonising; the orange bar slowly filling up past bronze and silver and often stopping tantalisingly short of gold. 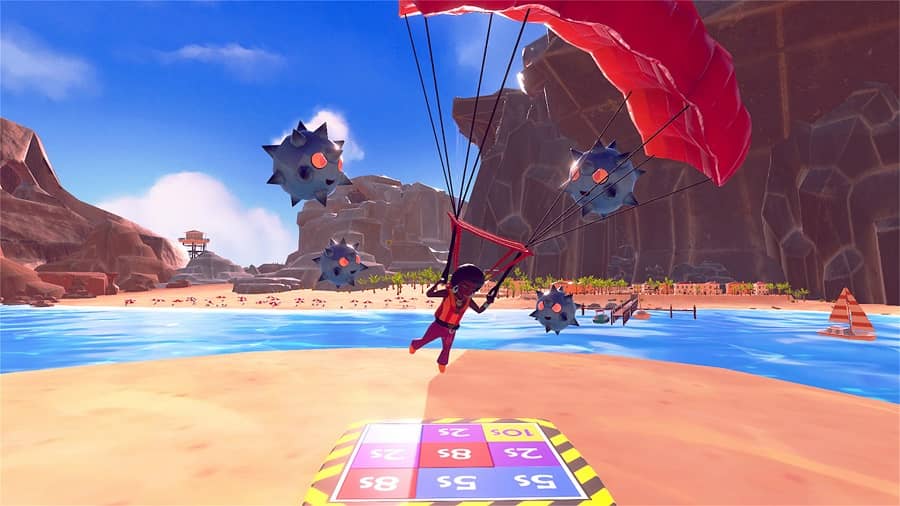 Pilot Sports is playable and fairly slick, but it looks pretty basic. The island you perpetually fly above feels like a childlike representation of nature, with thick green spikes for trees, a vast expanse of yellow for sand and lots of brown cliffs. There’s also some noticeable pop-in, and if you crash into the water, you simply sit on it. It’s as if Pilot Sports’ world is made out of paper and card.

None of these are serious problems, though. While you’ll probably want to mute Pilot Sports’ annoying soundtrack, there’s plenty of fun to be had with this surprisingly challenging and varied retro flying game.

Pilot Sports is available on PS4 and Nintendo Switch. We reviewed the PS4 version. 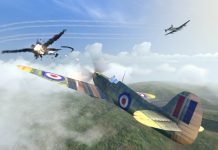