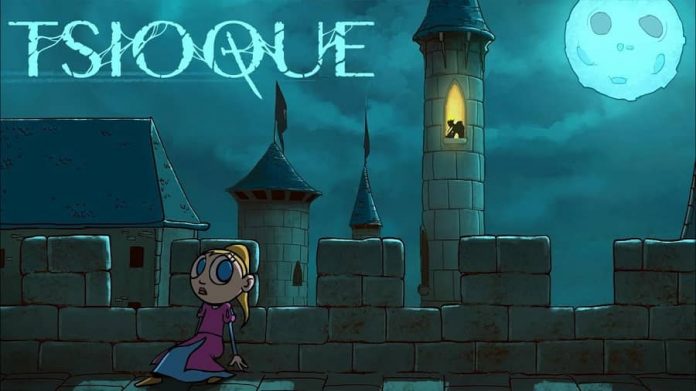 It takes something truly unique to stand out in the crowded point-and-click genre, but Tsioque, available now on Steam, somehow manages it.

Tsioque is an animated adventure game from OhNoo Studio that has been beautifully hand drawn frame-by-frame. It tells the story of Princess Tsioque, who has been imprisoned in a castle by an Evil Wizard. As the brave Tsioque, you must attempt to escape the castle, discovering along the way all of the secrets you never knew lived inside.

What really shines about Tsioque is its animation and puzzles. The animation is meticulously hand drawn and that makes it look unlike any game I’ve ever played before. The art style is just brilliant and beautifully done.

When it comes to the puzzles, players won’t expect what’s coming. One second you can be exploring the castle picking up items here and there, and the next you’re tossing on an invisibility blanket as the guards rush past so you don’t get caught.

Every bit of the game is unpredictable and all around great fun. Not to mention the story is genuinely funny but also serious and heartfelt. There’s something to love for anyone who picks up Tsioque.