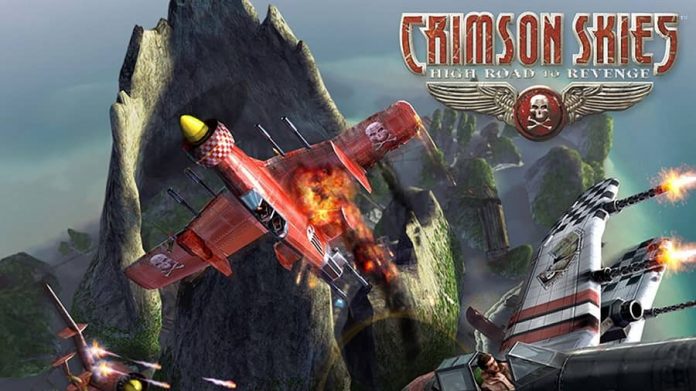 Although Crimson Skies: High Road to Revenge may not have been the biggest release on the original Xbox, its cult status has earned it a place in video game history.

When the game first released back in 2003, it was a strange time for Microsoft’s fledgling home console, to be sure. Not more than a year and a half into its lifecycle and its followup already on the way, the Xbox had been defined by a series of small successes (MechAssault) and significant failures (Grabbed by the Ghoulies), save for their flagship first-person shooter, Halo: Combat Evolved. The Xbox needed something new in between then and Halo’s inevitable sequel and, although plenty of games would fill out the console’s lineup, none were as unique as Crimson Skies: High Road to Revenge.

It’s been well over a decade since the airborne adventure landed onto our landing strips yet even today its known as one of the best games on the original Xbox. Unduly overlooked, even the game’s original producer Mitch Gitelman has claimed that the game deserved a sequel of its own. Crimson Skies is one of the few games that deserves every bit of hyperbolic praise that it gets. Although we may never get another chance to fly high in that world again we’ll always have Crimson Skies: High Road to Revenge to look back on. Fifteen years later and it still looks damned good.

Originally invented as a board game by industry veteran Jordan Weisman, whose credits you can find in games like the original MechWarrior and Shadowrun board games, the Crimson Skies franchise’s first video game wasn’t High Road to Revenge, but a PC exclusive released three years earlier by Zipper Interactive, simply titled Crimson Skies. Although not as polished nor as well remembered as its console sibling, the original Crimson Skies had set the groundwork for High Road to Revenge in plenty of significant ways. Establishing the game’s arcade-like flight controls, in stark contrast to Microsoft’s more popular Flight Simulator series at the time, Crimson Skies was a more about the action than intensely accurate flying.

Received positively by most critics of the time, with the game gaining a score of 83 on the review aggregate Metacritic, its positive critical reception couldn’t help translate towards impressive sales figures. Even worse was the fact that the game released with a plethora of technical issues. A particularly notorious bug involved player’s save files which still exist in the latest releases of the game, although can now be patched out (thankfully). Yet, despite the original Crimson Skies’ woes, Fasa Studio continued work on its sequel, this time for Xbox. 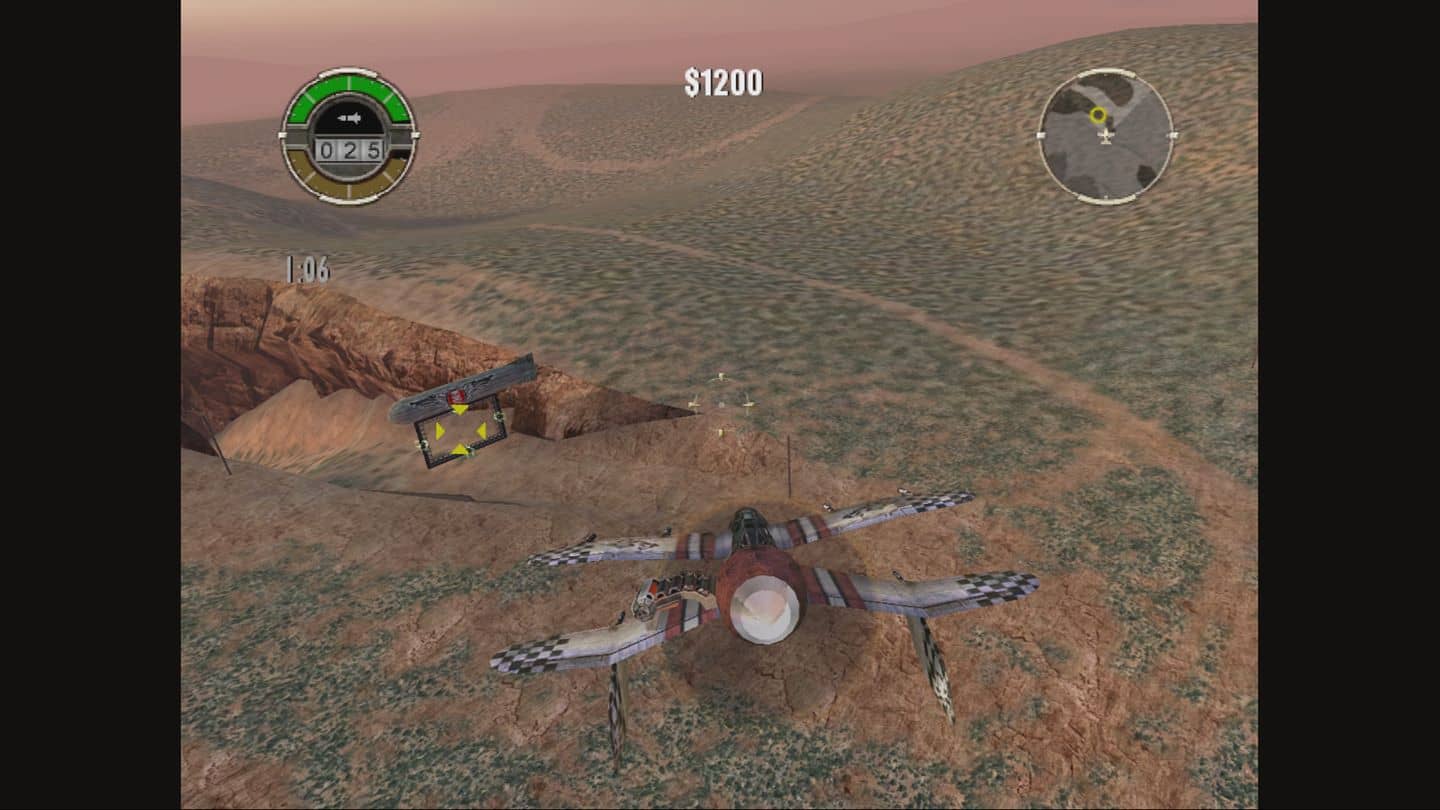 Getting this show in the air

When Crimson Skies: High Road to Revenge first released in 2003, I hadn’t seen anything like it – even though the game was merely an adventure serial from the 1930’s wrapped up in trappings of an airplane combat game. Even still, its unique alternate history version of the world was a sight to behold. One part The Rocketeer and another part Raiders of the Lost Ark, High Road to Revenge continued the aesthetic trend established by the original Crimson Skies, although this time with more of a feeling of freedom and rebellion. Thanks in large part to its orchestral soundtrack by Stan LePard, the retro-futuristic themes of Crimson Skies are equal parts beautiful, broken-down, and aspirational.

Although Crimson Skies takes place in a world far removed from our own, players still found themselves amidst a battle between freedom and an authoritarian regime. Continuing the exploits of Nathan Zachary and his Fortune Hunters gang of air pirates, this time, you’re fighting against the fascist Die Spinne, led by none other than Dr. Nicholas Von Essen himself. Though, as one could expect from a game that lifts so much from the adventure serials of old, the conflict is nowhere near as altruistic as that, instead contextualising the battle between Von Essen and Nathan as a more personal confrontation. Spoiled by the title of the game, Nathan is out for revenge after the death of Doc, one of his close friends and crew members, giving High Road to Revenge a much more gritty tone than that of its more lighthearted predecessor. 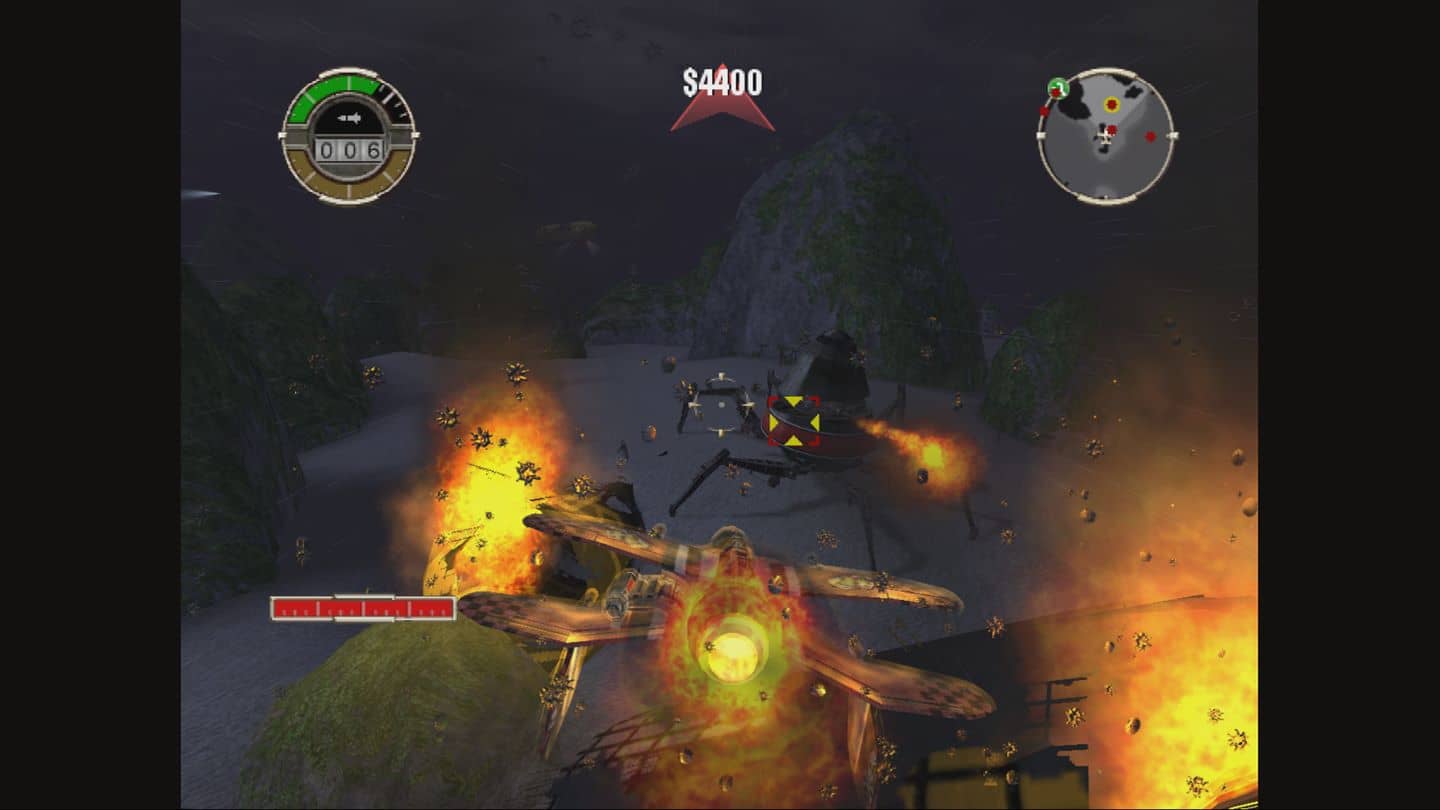 If High Road to Revenge’s aesthetics and tone were what brought players in, it was its core gameplay that helped drive the game into their hearts. Whereas the original Crimson Skies was a more linear, level-to-level structured game, its sequel worked much differently, letting players roam larger, more open environments like most other proto-open world games of the time.

Flying around in High Road to Revenge for the first time was a liberating feeling as planes could go wherever they please, either to steal other additional planes to add to your inventory, repair the ones you’re currently flying, engage in various side activities, or progress in the story. In many ways, High Road to Revenge plays similarly to the 3D Grand Theft Auto games, employing a similar approach towards world design. Even today, few games can capture the same sense of player-autonomy, letting you fly in any direction you want, doing whatever you please, taking the game’s story at your own pace. One minute, you’ll be flying across a pirate hideout in the tropics while the next, you’ll be fighting a giant robot in a metropolitan city, and every step along the way is as fun as the last.

The package was made even better thanks to its multiplayer support, both in local split-screen multiplayer and online on Xbox Live. Releasing only a year after the platform’s launch, Xbox Live had yet to receive its flagship title, Halo 2, so much of its environment felt fresh and mostly untested. Yet still, High Road to Revenge was one of the few games that pulled off its online multiplayer well, offering multiple game modes like a traditional deathmatch mode, aptly named Dogfight, or Crimson Skies’ variant of capture the flag, Flag Heist. Going even further, however, was High Road to Revenge’s innovation in the online DLC, releasing additional content long before the likes of The Elder Scrolls IV: Oblivion’s notorious horse armour. 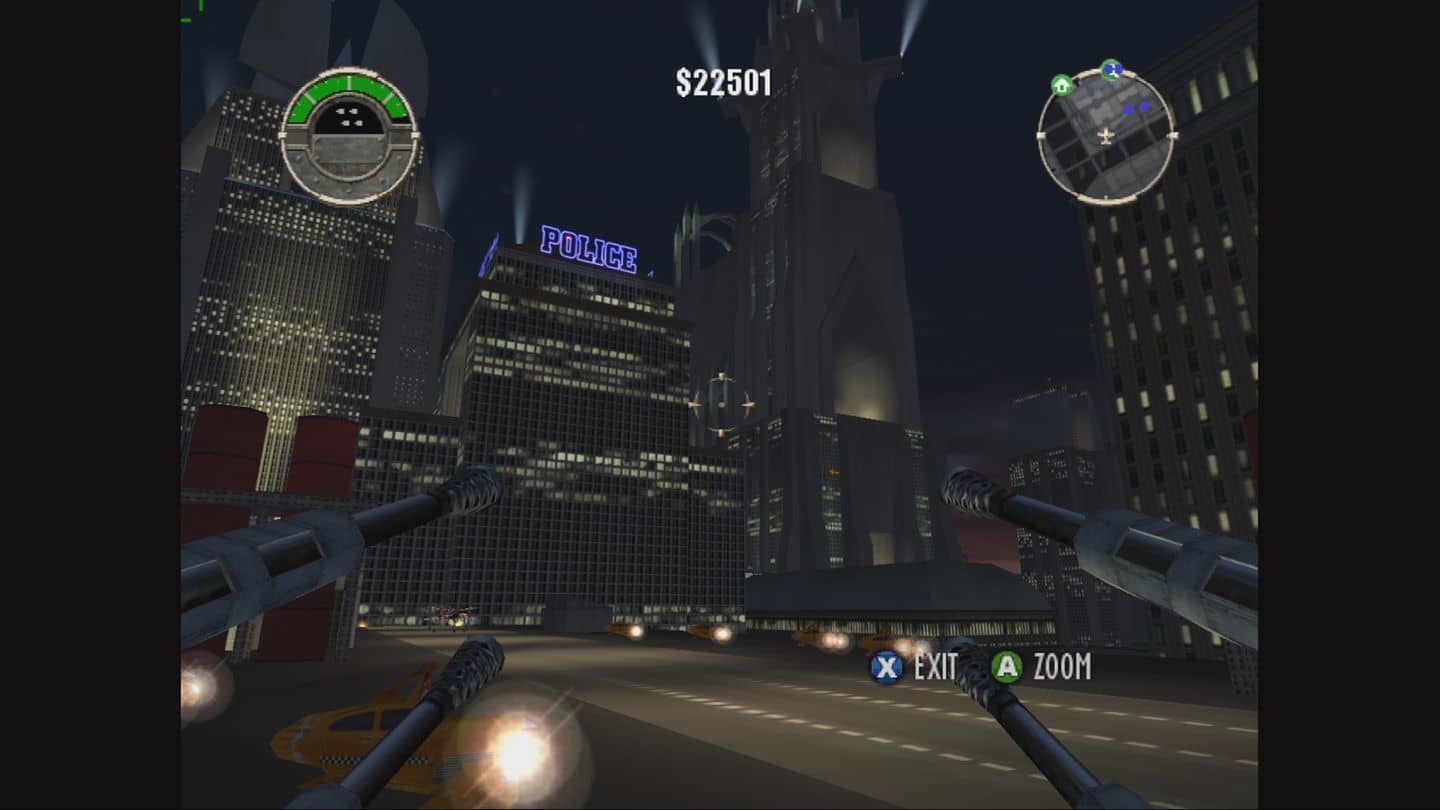 A sky pirate’s life for me

Out of all the games on the original Xbox, Crimson Skies: High Road to Revenge is one of the best – yet it is also one of the most overlooked. You won’t find the same poorly crafted, albeit charming antics of something like Fusion Frenzy here as High Road to Revenge proved Fasa Studio as one of the Xbox’s premier developers. Although the studio wouldn’t live past their disappointing multiplayer-exclusive shooter Shadowrun, which has since been proclaimed as a misuse of the Shadowrun brand at large, High Road to Revenge stands alongside MechAssault and the earlier MechCommander title as a high standard of gaming history. For High Road to Revenge in particular, it’s clear that it deserved better than what it got.

At least it’s backwards compatible on Xbox One, so even if we never do get that long-prophecised sequel, at least we can go back and play this gem.