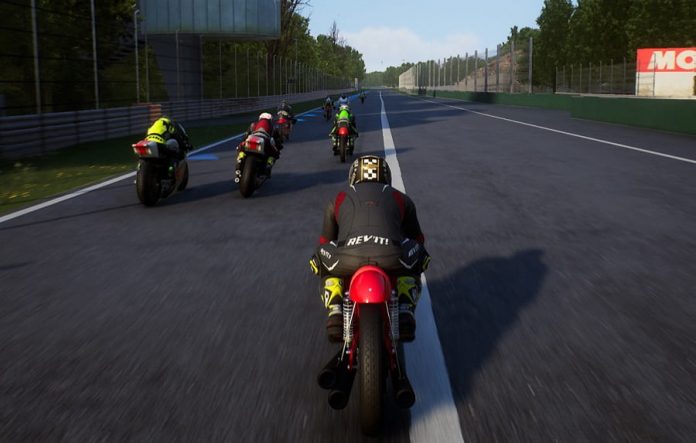 Ride 3 is a by-the-numbers sequel.

If you’ve played either of its two predecessors, you’ll know exactly what to expect. It has got an extensive single player campaign in which you’ll need to amass and maintain a large number of bikes, a few additional modes for when you just want to jump into some action, and has limited online multiplayer options. It’s also got a poor rider creation feature, plenty of accessibility options, and somehow feels a little bit soulless. Like I said, if you’ve already played a Ride game, there’s nothing here that will surprise you. But still, it’s the best Ride game to date.

Improvements over Ride 2 are scarce: the physics area little bit better, visually it’s a touch nicer on the eyes, especially if you have a PS4 Pro or Xbox One X, and there are more bikes and tracks than ever. There’s a new livery editor, too. But only ardent fans of racing two-wheeled vehicles are going to really get value out of it. Anyone else is likely to get just as much fun out of Ride or Ride 2. And I guess that’s Ride 3‘s biggest problem – it’s a niche game that fails to differentiate itself from its predecessors or its competition.

Despite Ride 3‘s plentiful accessibility options such as an AI slider, a wide range of assists and a rewind feature, it’s still quite tricky to get the hang of, and its difficulty feels wildly variable. Chances are you’ll blitz some events and feel like a bike-racing god, but then one will come along that you’ll find near impossible to beat. At that point, you’ll either start upgrading your bike or lowering the AI so you can emerge victorious. Instead of a curve, Ride 3‘s difficulty is like a wave. 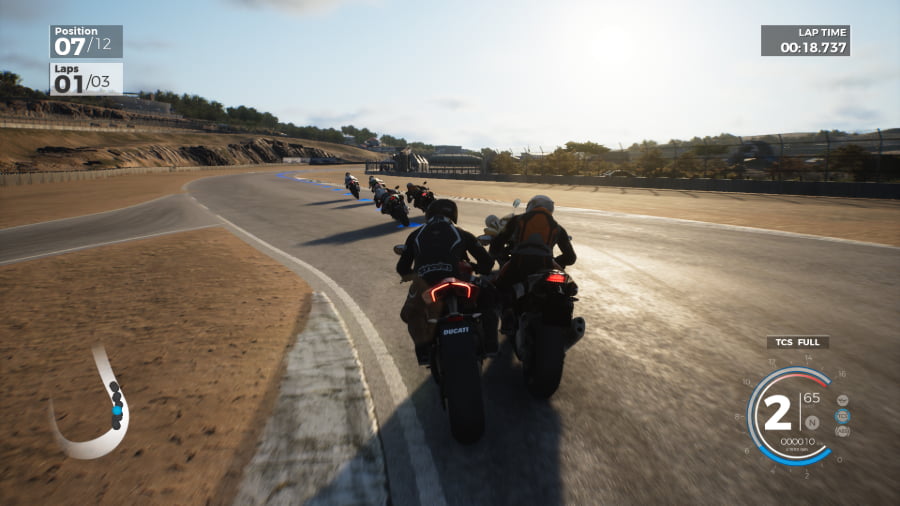 It’s not a massive problem as you don’t need to win every event to progress through Ride 3‘s lengthy career, but it does irritate at times. The same can be said of your competitors’ disregard for your personal space, often bumping into you like they have a death wish, and the way your rider often unrealistically flies straight up off their vehicle when hitting trackside objects. The overall experience feels a little unrefined, but not enough to stop you having fun providing you drive sensibly.

Ride 3‘s biggest issue is that it’s just so sterile. Its presentation lacks flair, and its racing lacks a certain excitement. There are countless events on offer and hundreds of bikes of various varieties, but chances are you’ll grow bored of Ride 3 before you’ve experienced them all. While other serious racers like Forza Motorsport 7 are trying to inject a little more fun and variety into their gameplay, Ride 3 just offers you one bog-standard race after another, with the odd time trial here and there for good measure. 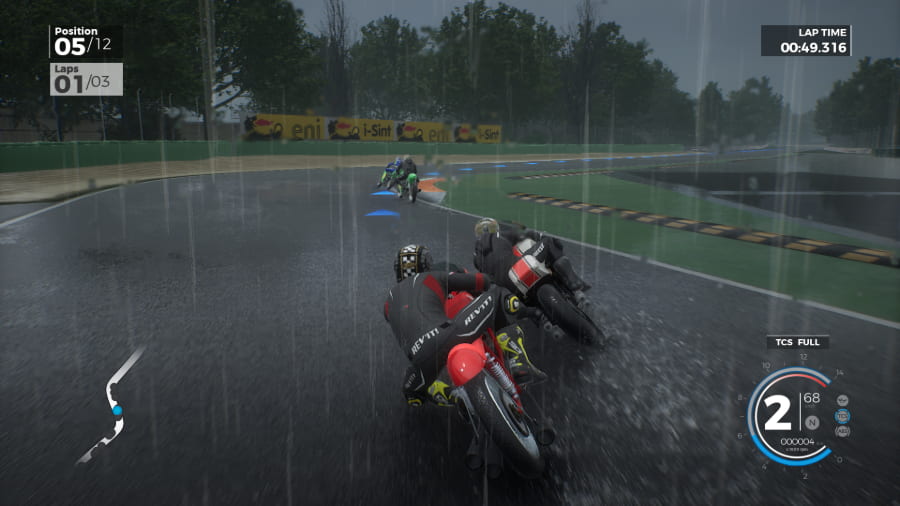 Those who just want a no-frills bike racing experience, however, will find that Ride 3 meets their needs. Most of its shortfalls can easily be overlooked, and its assortment of tracks and bikes really does impress. Whether you want to race vintage classics on narrow country roads or high-powered beasts on purpose-made circuits, Ride 3 has you covered. The experience can be made as hardcore as you please as well.

So, what more is there to say about Ride 3? It’s remarkably unremarkable. A safe sequel that changes little and only takes tiny steps to improve its own tried and tested formula. But it’s still the closest thing to Gran Turismo with bikes, which makes it a worthwhile title for those who love leaning into corners at insane speeds with a powerful engine between their legs.

Ride 3 is available on PS4, Xbox One and PC. We reviewed the Xbox One version.