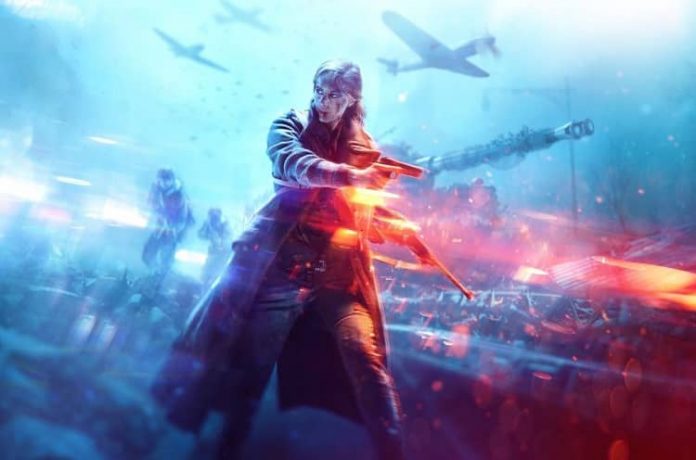 Battlefield 5 is only the latest in DICE and EA’s long-running Battlefield series, and its shaping up to be one of the most fun yet.

Taking the series back to World War II, Battlefield 5 follows in its predecessor Battlefield 1’s footsteps by going back to the massive, open warzones that made the series so famous to begin with. Though you don’t need to be a pro to play the game, getting online can still be quite the intimidating hurdle – especially if you’re new to the series. So, that’s why we’ve put together some quick tips to help any player, newcomer or veteran alike, play like a master.

Play With a Squad

One of the Battlefield series’ trademarks is its squad system. With game modes that pit massive numbers of players against one another, the squad system helps break up the monotony and keep you around a few players for the entirety of the match. So, make sure you take advantage of it!

Playing in a squad gets you a tonne of bonuses throughout the match, but you’ll also be able to spawn back into the game right behind a squadmate rather than going all the way back to your team’s spawn point. It also lets you know the status of everyone on your squad, so you can have a better understanding of how things are going around you.

Fortifications are the newest addition to the Battlefield series, and they’re vital to the long-term success of your team. Setting up a sniper’s nest near a heavily trafficked area can help your team lock down control on that portion of the map or, maybe a wall of sandbags can stop enemies from gaining easy access to your flank.

Its these types of strategic fortifications that can be the difference between victory and defeat in Battlefield 5, and the best part is, they’re easy to use. Building and maintaining fortifications will also gain you plenty of points. Conversely, destroying enemy fortifications will do the same, so make sure you’re paying attention to both what you and your enemies have built.

In Battlefield 5, you’re able to level up your classes and weapons accordingly, though even more important is the ability to upgrade and customise your weapons themselves. Once you’ve reached level 5 with any weapon, you’ll be able to change your weapon’s ‘Specializations’, tweaking things like reload speed and recoil.

It’ll take some time to level every weapon you like to that point, but once you do, you’ll be able to familiarise yourself with these weapons on a more intimate level.

Don’t Always Call for a Medic

In Battlefield 5, when you’re health has been depleted, you’re given a small window of time to call out for assistance as you’re bleeding out. While you’re bleeding out, you’ll have two options: pressing down Left Trigger will call out for help, drawing the attention of any nearby allies. If someone is able, they’ll be able to get you back to your feet, saving your team a spawn ticket in the process. Just remember to not become a burden for your team.

If you’ve been gunned down in a massive gunfight, for instance, and your body is left out in the open, don’t expect a teammate to risk their lives to save yours. More importantly, don’t even try to call out for help, lest you draw the attention of any less experienced or less aware players. Instead, just hold down the Right Trigger to speed up the process.

Battlefield has always been a team-focused shooter, with plenty of ways for players to contribute towards their team’s success. While kills surely help dwindle the enemy team’s spawn tickets, don’t go running and gunning your way into every fight. Keep in mind, there’s plenty of ways to help your team. Whether it be laying down suppressing fire, building fortifications, or taking an objective.

Don’t just worry about your Kill/Death/Assist ratio – think about what will help bring your team to victory.

Leave Vehicles to the Experts

Driving a vehicle in Battlefield 5 can be difficult. Not just because of the game’s awkward controls, though that’s part of it. Let’s say you take a stab at driving the newly spawned tank for your team. You’ve been doing well so far throughout the game, and think you can score a lot of kills with some heavier machinery. So, you storm into the centre of the map and start unloading rounds until you’re blown up by another tank.

Sure, you may have gotten four kills during your short stint as a tank pilot, but maybe someone else on your team could have gotten countless more, just by surviving that first tank encounter? Since vehicles are hard to come by in Battlefield 5, its best to only take one if you’re confident in your abilities. Otherwise, you’re just costing your team points.