In between bouts of tense Battlefield V combat or extended adventuring in Fallout 76, it’s an absolute joy. Try to play it for more than an hour or so though, and you’re likely to find yourself getting a bit bored.

Bundling up the original Spyro trilogy and giving it one hell of a makeover, you’ve go to give Toys for Bob credit for what they’ve done with Spyro Reignited Trilogy. They’ve essentially remade three classic games, made them feel more cohesive, and added some much-needed quality of life improvements. The only problem is, in doing so, none of the three games included really have their own character.

Whichever game you start with – Spyro the Dragon, Spyro 2: Ripto’s Rage!, or Spyro: Year of the Dragon – you’ll initially find yourself having a great time. You’ll love that none of the games are bogged with with unnecessary narrative, you’ll love that they are all bold and colourful, and you’ll love that they all just ooze charm. Even though there’s not much reason to run, jump, glide, charge and breath fire in each of the games environments in order to collect gems and other treasures, you’ll doggedly do so because it’s a simple pleasure. Until it starts to become monotonous. 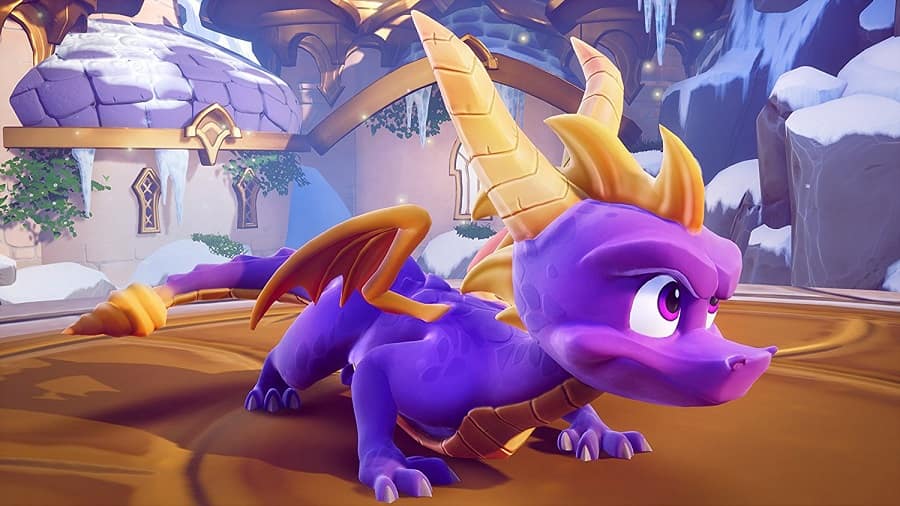 After completing one or two worlds in one of Spyro Reignited Trilogy‘s three games, the initial flame that sparked within you is likely to have died out. The scenery changes but the gameplay doesn’t, even though there is the odd deviation from the standard formula. And it’s a flame that can’t be reignited by visiting another game in the package. Spyro 2: Ripto’s Revenge and Spyro: Year of the Dragon are undoubtedly more varied and challenging than Spyro the Dragon, but they’re still not different enough to make you feel like you’re playing a different game rather than jumped to a new set of levels.

Spyro Reignited Trilogy‘s gameplay is so consistent across all three titles that it just feels like one big game rather than a collection of three. It wouldn’t be too much of a problem if so many of its levels didn’t feel familiar with one another, but you frequently feel like you’re retreading old ground. And while each game does feature its own adversaries, they’re all dealt with in pretty much the same way; if they have a shield, charge at them, if not, give them a good flaming. Rinse and repeat. 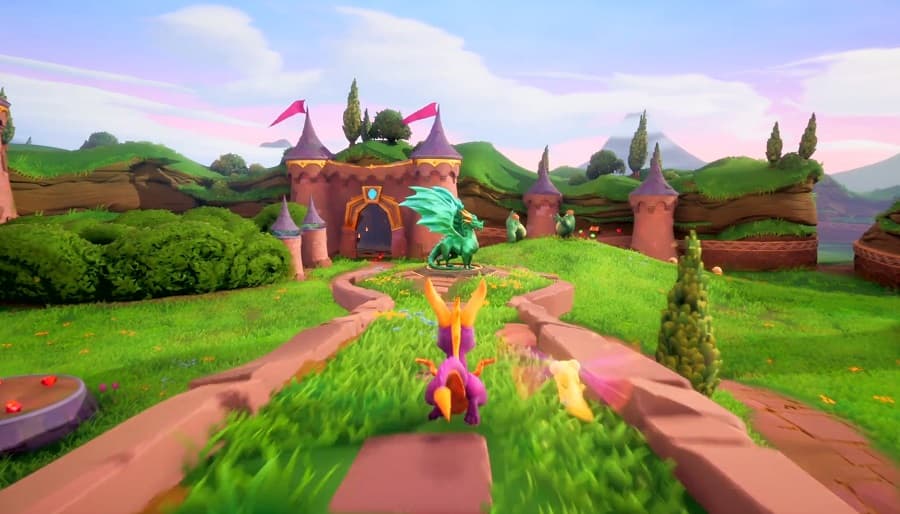 If you can live with the samey scenery and seemingly never-ending collectable hunting though, Spyro Reignited Trilogy is sure to delight. Every once in a while you’ll find the whimsical action broken up by an engaging boss fight or fiendish challenge, and it might just make the tedium of the majority of the game worth it. You’ll either love or hate the flying challenges that are strewn throughout all three games, skateboarding in Spyro: Year of the Dragon is something that takes some getting used to but is ultimately great fun, and taking control of Sheila the Kangaroo is always a pleasure. While the original Spyro the Dragon is pretty much a one-trick pony, Spyro 2: Ripto’s Rage! and Spyro: Year of the Dragon do at least try to balance their by-the-numbers platforming with puzzles and unusual challenges.

Controls are another issue that sometimes irritate in all three games that Spyro Reignited Trilogy is comprised of. Spyro’s charge attack can feel unwieldy at times, and using it to move around underwater can be a rail pain. Also, not being able to breathe fire while charging will drive you mad, especially when chasing egg thieves. And, as usual, the camera is often troublesome. It doesn’t matter if you have it set in Active or Passive mode, it will sometimes drive you up the wall. Still, none of these issues are bad enough to make you consider throwing your pad at a wall in frustration, they’re just likely to irritate you now and again. Just like the fact that there are no subtitles available, which is a huge oversight in my opinion. 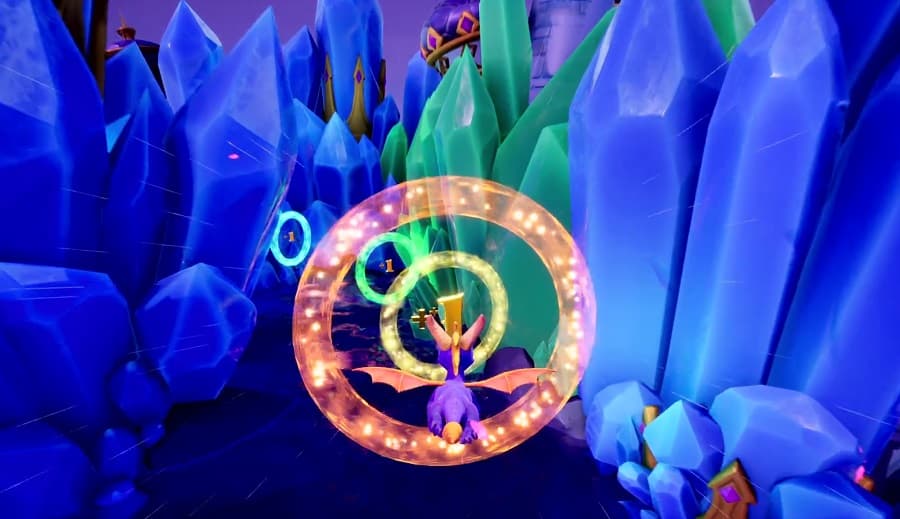 I feel like I’m being a bit too harsh on Spyro Reignited Trilogy in a way. It is what it is: three much-loved games essentially remade with modern graphics, and it really does look splendid. Spyro and all the other characters and enemies you come across in all three games really do have have personality. Their animation is simply superb, really giving the look of a modern animated cartoon, and their voice-acting is top-notch too. Toys for Bob has put a lot of work into this package, and priced similarly to other, more barebones remaster collections released as of late, it’s a bit of a steal.

My final thoughts, then? Spyro Reignited Trilogy is great for its real target market: young children who have never played these games before. The unadulterated laid-back gameplay found in all three titles will captivate them, as will the bright colours and larger-than-life characters. The trilogy’s other target market – those who fondly remember the games from their youth – are also likely to enjoy it too, though eventually may tire of it once they realise there’s not much depth to it. It’s just collecting things in a range of different scenarios. And if you’ve never played a Spyro game before, you’re even more likely to tire of it pretty quickly. With no pre-existing attachment to its world and characters, it’s a beautiful looking package, but its gameplay just doesn’t engage in the long-term.

Spyro Reignited Trilogy is a game best enjoyed in bite-sized sessions, otherwise it soon begins to feel like a chore.

Spyro Reignited Trilogy is available on PS4 and Xbox One. We reviewed the Xbox One version.