In celebration of the 20th anniversary for The Ocarina of Time, we take a look at the 10 most memorable moments from one of the greatest games of all time

The Ocarina of Time is arguably the greatest entry in the Legend of Zelda franchise, which is certainly saying something considering the sheer amount of brilliant Zelda games. Released in 1998 for the Nintendo 64, Ocarina of Time was the first ever 3D game in the series. But it was so much more than just a graphical leap. It was a gaming leap that was bigger than Epona’s jump over the broken bridge to Gerudo Valley.

Ocarina of Time included some highly memorable bosses (which we have ranked from best to worst), and creative dungeons that inspired many future games. It also reinvented the adventure genre in the gaming industry, while also setting a new bar for storytelling.

The Triforce may only include three key components, but we’ve taken a page from Ocarina of Time and re-written the rule book. We’ve identified the 10 most memorable parts of the Ocarina of Time, which combined formed one of, if not the greatest game of all time. 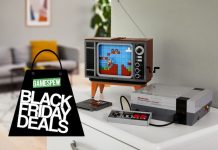