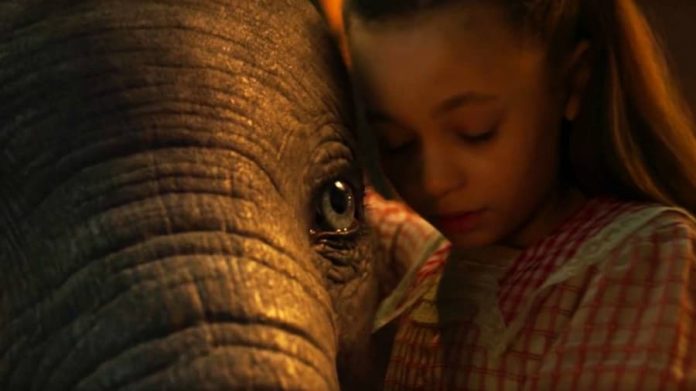 From the small animation studio founded in 1923 by Walt Disney and his brother Roy, The Walt Disney Company has come a hell of a long way.

2019 is expected to be an amazing year, largely thanks to the three new remake movies coming up. Three of its classic animation movies are getting the treatment that Beauty and the Beast and The Jungle Book has previously seen; Dumbo, Aladdin and The Lion King are all getting live-action remakes – and they’re all coming in 2019.

This is the story of the young elephant whose oversized ears allow him to fly. Dumbo and his friends are going to learn that beneath the shiny veneer, the real world is much darker.

Drama, fantasy and action meet together in this reimagining of an all-time classic, directed by Tim Burton. Great names like Eva Green, Michael Keaton, Danny DeVito and Colin Farrell are all starring in it. Dumbo will hit cinemas on 29th March 2019.

Adventure and magic return on 24th May 2019 in a highly anticipated version of the beloved classic. Based on the movie released in 1992, Aladdin follows the story of the street child Aladdin and his Genie. Watch this fairy tale come to life like never before, directed by Guy Ritchie. The cast was announced having Will Smith as the Genie, Mena Massoud as Prince Ali and Naomi Scott as Jasmine.

“Everything the light touches is our kingdom. But a king’s time as ruler rises and falls like the sun. One day, the sun will set on my time here, and will rise with you as the new king.”

This is the story of the jungle, where the lion commands over all the living creatures. But even in this animal world, cabals and betrayals are a common practice. Watch how Simba grows to be a great king, learning from its mistakes and defying his uncle, Scar. The movie has Jon Favreau as its director and Donald Glover as Simba, James Earl Jones as Mustafa, Seth Rogen as  Pumbaa, Billy Eichner as Timon, plus John Oliver as Zazu. It’s schedule to land in the cinema on 19th July 2019.

Disney has planned many more live-action movies for the following years – we already know Maleficent 2 and Mulan are in the works, and expect more to be announced soon.

Disney never fails to deliver thrilling works of art, whether they’re live-action movies or just cartoons. We can’t wait – although we’re prepared for all three of them to make us cry.