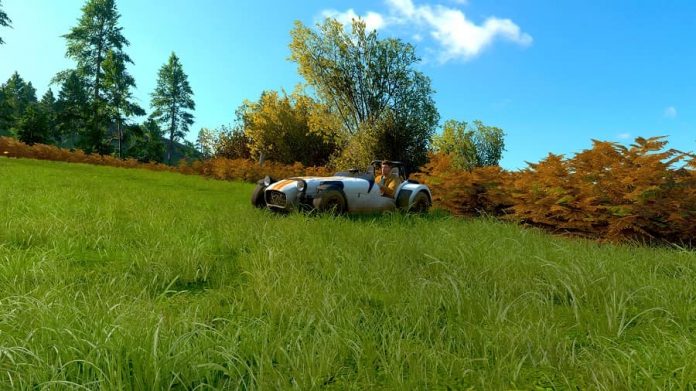 Forza Horizon 4 has been out for quite a while now, but chances are you’re still a long way away from being able to afford your own castle.

The fact of the matter is that you earn very little from completing events in Forza Horizon 4, even with the VIP bonus. Completing three laps of the game’s biggest circuit track, The Goliath, earns you about 300,000 credits with the VIP bonus, for example, and takes about 30 minutes in an S2 class car. To afford the most expensive castle in the game then, Edinburgh Castle, you’re going to have to spend about 25 hours racing around The Goliath; double that if you’re not a VIP member. That’s crazy.

Thankfully, you earn a hell of a lot of credit on the side simply by playing the game. Wheelspins and Super Wheelspins are a great source of income, for example, and so are the frequent credit bonuses for increasing your tier in any of the Horizon Life categories. And let’s not forget the Forza Hub, which grants you a weekly lump sum of credit for absolutely nothing. There’s also another way to make large amounts of credit rather quickly, and all you need to make use of it is plenty of skill points.

There are a large number of cars in Forza Horizon 4 that have a credit lump sum available via their mastery boards. You’ll have to use about 20 skill points to unlock them, but you’ll usually walk away with 300,000 credits instantly added to your balance. There are even many cars that you can buy from the Autoshow that have higher credit bonuses available than the cars actually cost. That means you can buy them, use skill points to unlock their bonus cash, and then sell them, making you a tidy bit of profit in the process.

The following cars all have 300,000 credit payouts available via their mastery boards. If you’ve got them in your garage and have skill points to spare, make use of them:

Even better, the following cars all have 300,000 credit payouts available and can be bought from the Autoshow for less than that:

Any of these cars can potentially be bought from the Auction House, allowing you to make even more profit. Be careful though, as any perks bought by the previous owner will remain, possibly thwarting your efforts. One of the best cars you can buy from the Auction House to make profit from is the 1962 Triumph Spitfire. It can be bought for anywhere between 2,000 – 20,000 credits, and has a 200,000 credit payout available. Basically, for 20,000 or less credits and 20 skill points, you can obtain at least 180,000 credits, allowing you to get rich in no time. Again though, that relies on the previous owner not claiming the bonuses before you do.

Wondering how you can accumulate skill points quickly? Your best bet is to use a car like the 1965 Hoonigan Ford “Hoonicorn” Mustang. It has plenty of perks which boost your skill score and the speed the multiplier increases, allowing you to create epic skill chains quickly and easily. Simply head on over to the beach on the right hand side of the game’s map and go crazy. Once you’ve reached a combo that will give you a skill score of about 500,000, stop. After that, you won’t receive any additional benefit; the maximum skill points you can earn from any combo being stuck at 10.

It should take about three to five minutes for each combo, allowing you to rack up more than 100 skill points in an hour. That equates to about one million credits. Also, many of the cars that have credit payouts also have a Wheelspin available for one skill point, allowing you to get more cars, customisation items and cash as you go. Honestly, if you want to make some easy credit, utilising those skill points is well worth doing.

*Please note that the lists provided on this page are not exhaustive; there are many cars offering credit payouts of lesser amounts, and also many more to be discovered. These are simply the ones we know of at the time of publishing.*