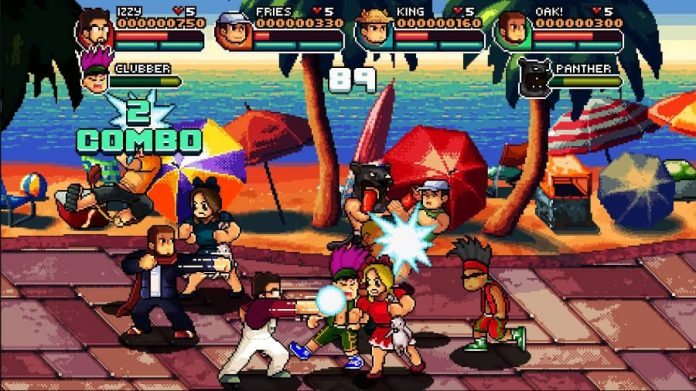 When Chris reviewed 99Vidas for us back in February 2017, he rather liked it.

A side-scrolling beat ’em up that’s surprisingly challenging, Chris asserted that 99Vidas is “a rewarding and hugely enjoyable brawling experience that will have you coming back for more”, and, having now spent some time with the game myself, I have to agree.

Just released on Nintendo Switch, you certainly shouldn’t buy 99Vidas for its story – it’s utterly nonsensical – but you should buy it for its gameplay. It’s a six stage feast of fisticuffs laced with visual charm, and its soundtrack ain’t half bad, either.

There are plenty of characters to embark on your violent adventure as from the outset, with more to unlock. And as you complete 99Vidas‘ stages you’re even given the chance to upgrade their abilities, making a game that’s unexpectedly deep even more so. Just don’t go expecting to finish 99Vidas in one sitting.

Of all the things that 99Vidas is, easy isn’t one of them, even on its most lenient “Izzy” difficulty. Enemies will swarm and surround you unless you efficiently create space, and bosses will literally kick your ass until you’ve spotted all their tells and can react appropriately. But the game always feels fair, alleviating the frustration of failure and enticing you to go back for another go.

While 99Vidas is very much a different game to Streets of Rage 2 in terms of tone – it’s much more comical – it is pleasing just how close it comes to mirroring the title’s brilliant side-scrolling gameplay. You have access to combos, throws, special moves and screen clearing ultra attacks, and the pacing of it is brilliant. It’s the music that really ties the two games together though, 99Vidas‘ soundtrack being very much an homage to Yuzo Koshiro’s brilliant work.

If you’ve got a Nintendo Switch and have a penchant for side-scrolling beat ’em ups, you really must add 99Vidas to your library. It’s one of the finest entries in the genre available, and its pick-up-and-play nature makes it a perfect fit for the handheld/home console hybrid. Costing just £7.99/$9.99, it isn’t all that expensive, either. 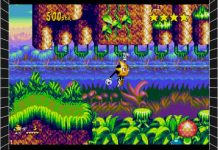