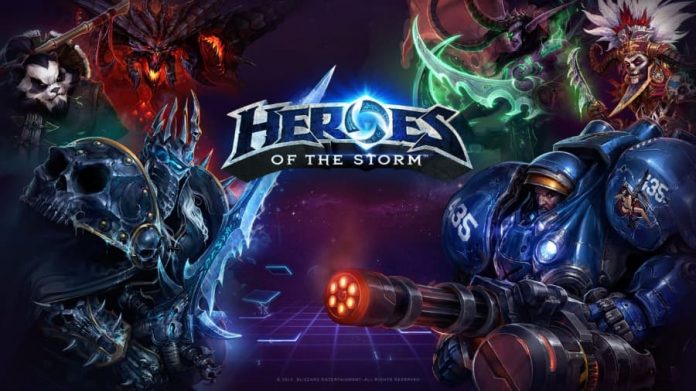 Blizzard has announced plans to scale back development on its MOBA Heroes of the Storm, with developers being shifted to other projects.

In a blog post published yesterday, Blizzard president J. Allen Brack and chief development officer Ray Gresko discussed the plans for Heroes of the Storm going forward, noting that this is a “difficult decision” that has been made for the good of the overall company.

The game will continue to be supported, but players should expect new content at a slower pace than previously, with Blizzard’s goal now being to set the game up for the “long-term”. Blizzard said:

“Over the past several years, the work of evaluating our development processes and making hard decisions has led to new games and other products that we’re proud of. We now have more live games and unannounced projects than at any point in the company’s history. We’re also at a point where we need to take some of our talented developers and bring their skills to other projects. As a result, we’ve made the difficult decision to shift some developers from Heroes of the Storm to other teams, and we’re excited to see the passion, knowledge, and experience that they’ll bring to those projects. This isn’t the first time we’ve had to make tough choices like this. Games like Diablo II, World of Warcraft, StarCraft II, Overwatch, and more would not exist had we not made similar decisions in the past.”

In the same blog post, Blizzard also announced that it had made another “difficult decision”, to cancel the Heroes Global Championship and Heroes of the Dorm eSports tournaments for 2019.

It’s not clear if there will be layoffs as a result of these decisions, with Blizzard refusing to discuss this issue in a Q&A with Gamespot.

The change comes after reports of behind-the scenes turmoil at Blizzard, with Kotaku’s Jason Schreier saying that the company has been ordered to cut costs and that some within Blizzard fear that the company’s culture is changing.

In this context, Blizzard’s move makes sense; while its long-running MOBA is popular, it’s perhaps the least known (and therefore least profitable) of its franchises. Still though, there will be a dedicated gaming community dismayed by the news, with Heroes of the Storm having built up a relatively small but passionate fanbase.