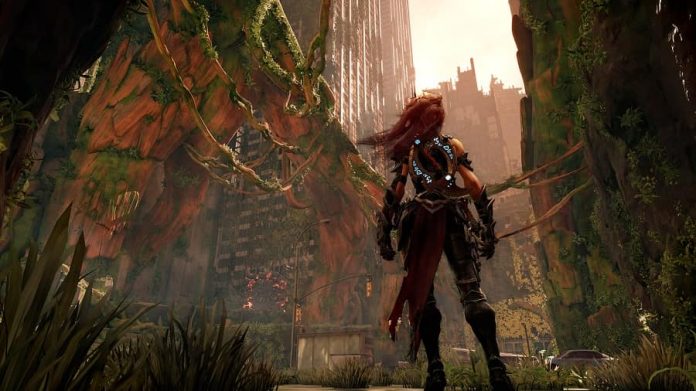 I was having a brilliant time with Darksiders III on Xbox One X, but then disaster struck: I encountered a game-breaking bug.

Unable to dispatch one of the game’s Sins and continue the game, I’ve been in Darksiders III limbo for over a week, waiting for a patch that would alleviate my predicament. One has finally landed, which means I’ve sat down and enjoyed the last five or so hours of the game. And when I say enjoyed, I mean loved.

Stripped of loot and Zelda-like dungeons, Darksiders III is a more straightforward action-adventure experience than its predecessors. Its developer, Gunfire Games, has taken clear inspiration from Dark Souls, delivering an interconnected world where combat is more brutal, and the act of levelling yourself up relies on you collecting souls which are dropped if you die. You even need to find pieces of metal of various sizes to upgrade the weapons you acquire on your adventure.

Also like Dark Souls, Darksiders III‘s bosses are one of the reasons you’ll continue ploughing through it with a smile on your face. Tasked with finding and taking down the Seven Deadly Sins who have mysteriously been released upon the world, you’ll doggedly search every nook and cranny to unveil and gain access to their inner sanctums. And along the way, a mysterious benefactor will provide you the tools you need to reach those who are more elusive. It’s worth noting that there’s a little leeway in how you tackle some of them, too. Your experience might not be exactly the same as someone else’s. 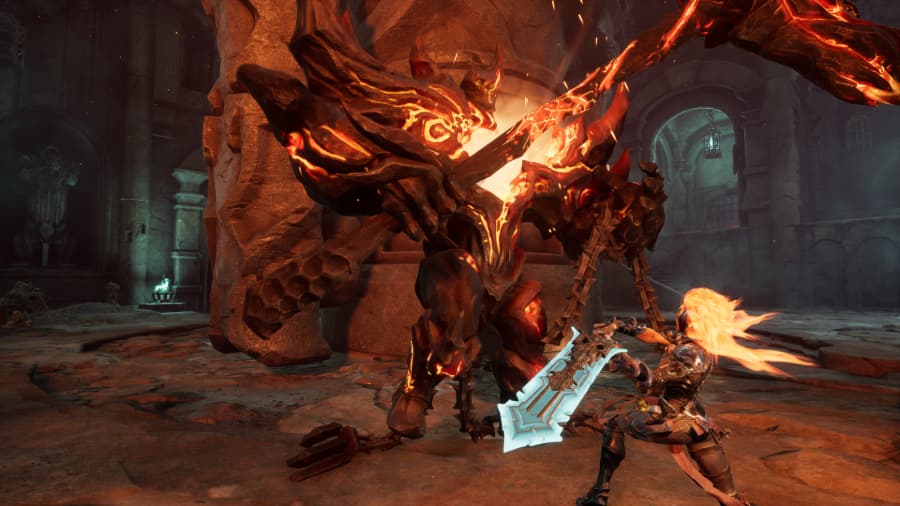 It’s the drip feed of new weapons and abilities, combined with a wonderful selection of environments and enemies, that keeps Darksiders III pretty captivating from beginning to end, though. While some players may simply head straight through the story as fast as they can, others, like me, will enjoy revisiting areas they’ve already been to, recovering items useful to powering up your character and rescuing stranded humans. Darksiders III is a game full of tunnels hidden in plain sight and curious areas that will pique your interest on the first time around, but you won’t have the means to access them just them. It’s a 3D Metroidvania, and a good one at that.

While combat is at the forefront of Darksiders III, exploration and puzzles also play their part in keeping you glued to your seat. Though while the difficulty of the combat will have some players dashing to the options menu to give them a little more room for error, solving the conundrums placed before you won’t have you turning the air blue. I found Darksiders III‘s puzzles enjoyably easygoing to be honest; challenging enough to sometimes make you scratch your head for a minute or two, but never enough to make you rush to Google for some guidance. They simply break up the action rather than take the focus off of it for extended periods of time. 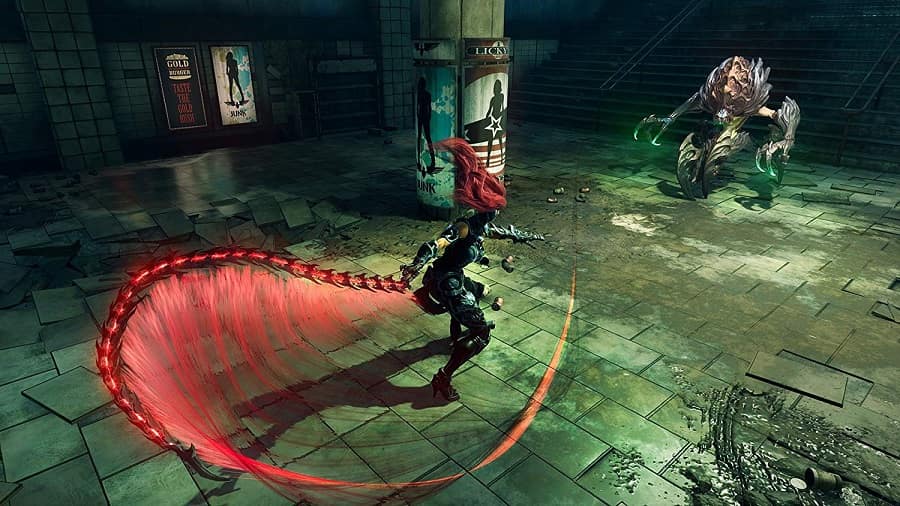 Darksiders III feels old fashioned in ways, but it only makes the game more endearing. There are no microtransactions or companion apps to speak of. It doesn’t waste your time with needless padding or fluff, such as tonnes of pointless looting. Darksiders III is happy with just giving you an open world to explore, empowering you with the combat abilities you need for your task, and lightly taxing your brain from time to time. It doesn’t try to push the genre forward in any meaningful way – but then it doesn’t need to; it does everything that it aims to do so well that you simply won’t care. It’s action adventure game 101, paired with an entertaining story that carries you along for the ride.

There are numerous issues though. Even after a couple of patches, performance can still be a little bit ropey at times on Xbox One X. The game sometimes stutters or freezes for a moment or two when you enter a new area, and quite often the framerate will drop for reasons unknown. Thankfully though, performance issues rarely raise their head while you’re engaged in combat. What might frustrate during combat, however, is Darksiders III‘s less-than-stellar lock-on system and camera. Chances are you’ll adapt to them over time, but in the early hours you’ll probably find yourself getting hit by off-screen enemies a lot. 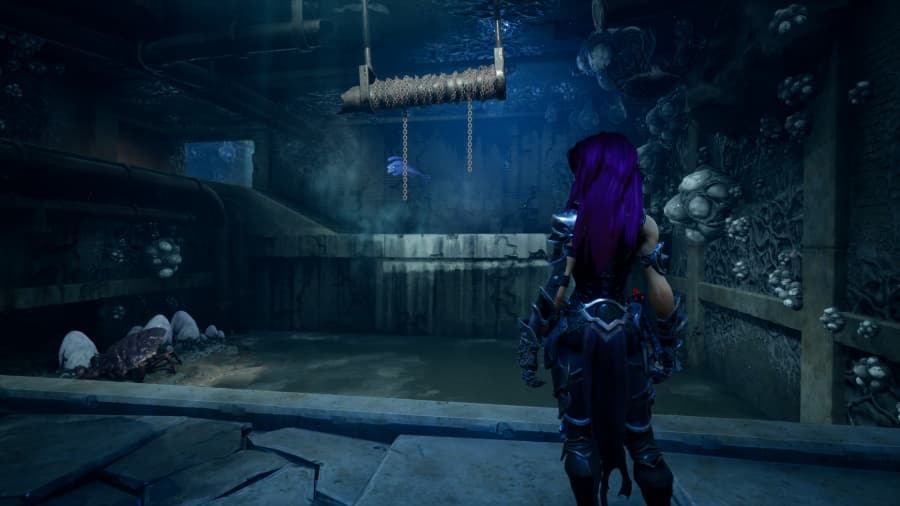 After you’ve learned to hang back and always give yourself space during combat though, you really get into the swing of Darksiders III. You’ll begin to appreciate its Bayonetta-style dodge mechanic that momentarily slows down time and gives you a chance to perform a powerful counter attack; you’ll find which special Wrath abilities suit specific situations; and you’ll revel in activating your Havoc form to wreak… well, havoc. It’s like a traditional Sunday dinner – familiar and not that fancy, but so wholesome that you can’t but help but lap it up. And once you’re done, you feel comfortably fulfilled, with no bitter aftertaste.

Sure, it’s not as polished as the likes of God of War, but I don’t care. When Darksiders III works well, it’s just as entertaining. I love its character and enemy designs; its world draws you in and surprises you with the way all of its environments are linked together; and it really does have some epic boss fights. Throw in some light puzzling and an engaging story, and you have a no-frills adventure game that somehow feels fresh. Games like this, that sit comfortably between indie hits and AAA giants, just aren’t that commonplace anymore, and that saddens me. Can we have some more, please?

Darksiders III is available on PS4, Xbox One and PC. We reviewed the Xbox One version.