Make no bones about it: GRIS is one of the most visually striking games you’ll ever play.

A puzzle platformer that puts you in control of a girl, the titular Gris, GRIS will have you exploring a myriad of environments, from crumbling coliseums to dark and mysterious undergrowths. It’s a mystical adventure, but one with its roots set very much in realism; you see, Gris is struggling with her emotions and having a hard time of it. As the game begins, she barely has the energy to stand, collapsing to a heap on the floor should you press any other button other than left or right to instruct her to walk. The game, beautiful and enchanting as it is, is Gris’ journey back to health. As you play, you’ll draw colour back into the world, unlock new abilities and restore Gris’ inner strength.

So, then, GRIS is beautiful, both visually and thematically. Her journey is one that most of us can associate with, in one way or another. We’ve all felt like our world is crumbling around us at times, and the game is a metaphorical representation of that. The trouble is, sometimes it’s all a bit too literal. GRIS starts out in monochrome, with the only colours on screen being Gris herself. As you progress, you’ll unlock new colours; first red, then green, then blue, then yellow – literally putting colours back into Gris’ world. There are also a lot of sections where you’ll be climbing – you know, that uphill struggle – and also a fair few where you’ll freefall into the unknown.

It’s all a very ham-fisted way of illustrating mental struggles, but the game’s very blatant analogies don’t really detract from the experience. GRIS is, first and foremost, a game about absolutely stunning visuals. At least, it was to me. Every single frame of GRIS is beautiful, and playing on Switch, it meant I was hitting that screenshot button a hell of a lot. The moment the game starts, revealing a small woman against a bleak black-and-white background, it’s striking. But it’s a rare game that doesn’t deal its best hand right away; GRIS gets more and more breathtaking as you play. As new colours drip into the world, new areas will be revealed, each more beautiful than the last. 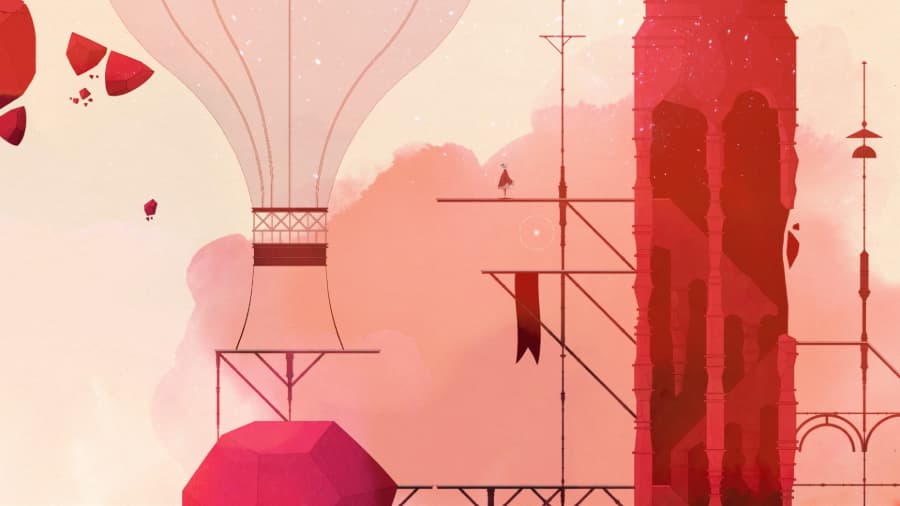 Oh, and the game’s soundtrack, too. A beautifully haunting score, each track of GRIS’ soundtrack accompanies the game’s environments wonderfully. Ranging from almost silent ambience in the game’s quieter areas, becoming urgent, booming and forceful as the game’s tempo heats up in more fraught sections of gameplay. With no text or dialogue to speak of, the music is essentially the game’s voice – and it does an absolutely stellar job of bringing it to life.

Unfortunately, I wasn’t quite as blown away by GRIS‘ gameplay as I was by its audio and visuals. At its core, GRIS is a fairly basic puzzle platformer that employs a limited set of skills and mechanics that slowly unlock as you play. At first, Gris can only run. You’ll soon unlock a jumping ability, though, later followed by the ability to transform into a heavy square. Turning square at the hit of a button allows you to stand unmoving through gusts of wind, as well as allowing you to break through cracks in the ground. Further into the game, you’ll also unlock a double jump and float ability, rounding off Gris’ arsenal of skills. 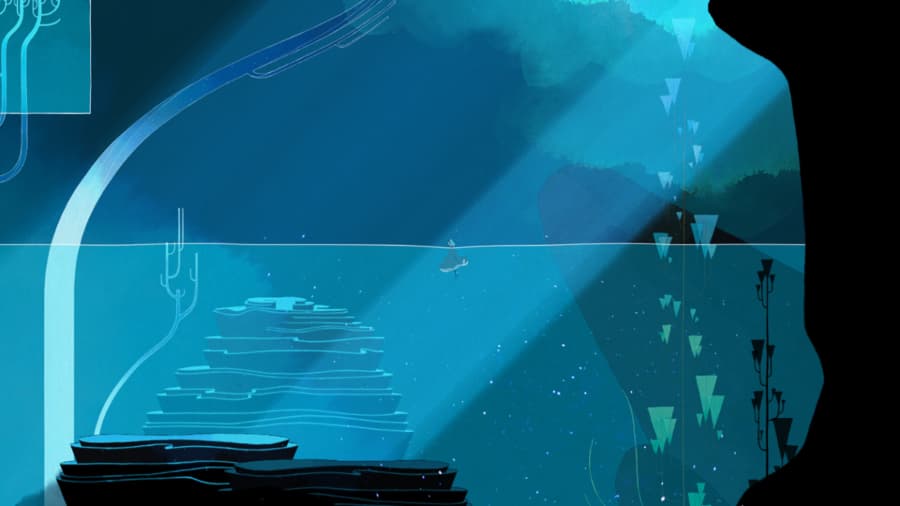 For the most part, navigating the game is enjoyable – but that’s largely due to the gorgeous world I’ve already mentioned. You’ll climb structures that are carefully woven into the environment, and pass along platforms both in and out of the foreground. As the game progresses, though, new obstacles and mechanics will unlock, adding extra layers of difficulty to the game. GRIS is never hard, but it can be frustrating.

For instance, you’ll eventually come across disappearing platforms, requiring precisely-timed jumps. Towards the end of the game, you’ll reach areas with inverted gravity, flipping your view and the game’s controls. Certain sections also require very precise movements, with jumps aimed at very specific trajectories. Nothing will stump you for too long, but compounded with the game’s controls that somehow manage to feel both heavy and floaty, it does get trying at times.

But for GRIS’ three-hour run time, I daresay the majesty of the game’s artwork and its magnificent soundtrack far outweigh those few frustrations. Gris may feel sluggish to control at times, but for the most part, you’ll want to take it slow anyway, to take in the game’s beautiful environments. When you reach a new area, or unlock a new colour into the world, you’ll soon forget about that annoying platforming section; you’ll be too busy being mesmerised by how beautiful everything is.

GRIS is available on PC and Nintendo Switch. We reviewed the Switch version.