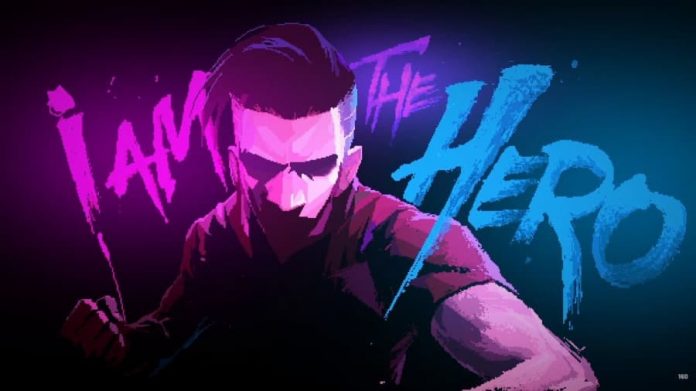 Fans of the beat em’ up genre will find I Am The Hero to be an accessible and relatively engaging experience. However, it falls a bit short of being something for everyone.

Sometimes, there’s nothing quite like walking down a street filled with enemies and effortlessly and systematically taking them all down. Beat ’em up fans will know this feeling quite well. I Am The Hero does its best to conjure up the feelings of the beat ’em ups of old, and does pretty well in that regard. However, there is just something missing here; that extra something that makes it replayable and thoroughly enjoyable on every level.

I Am The Hero is a sleek, neon-infused fever dream if nothing else. The pixelated art-style along with the 80s soundtrack and colour palettes make for a memorable, and enjoyable, backdrop.

The combat itself is quite flashy as well. The animations are smooth and there is plenty to love about the overall design and fluidity of combat – most of the time, at least. Various backgrounds and thumping soundtracks will follow alongside your journey, and this, combined with the stellar pixelated visuals, are some of the better and finer points of the game.

Though it may feel like sometimes the levels and music are blending together, especially in beat ’em ups, I Am The Hero does well to differentiate each and every level and musical score that accompanies it. Level design and music design, especially in 2D games, get swept by the wayside quite often it seems. But keen-eyed gamers will notice the beauty where it sits, and you can find that within the levels here. 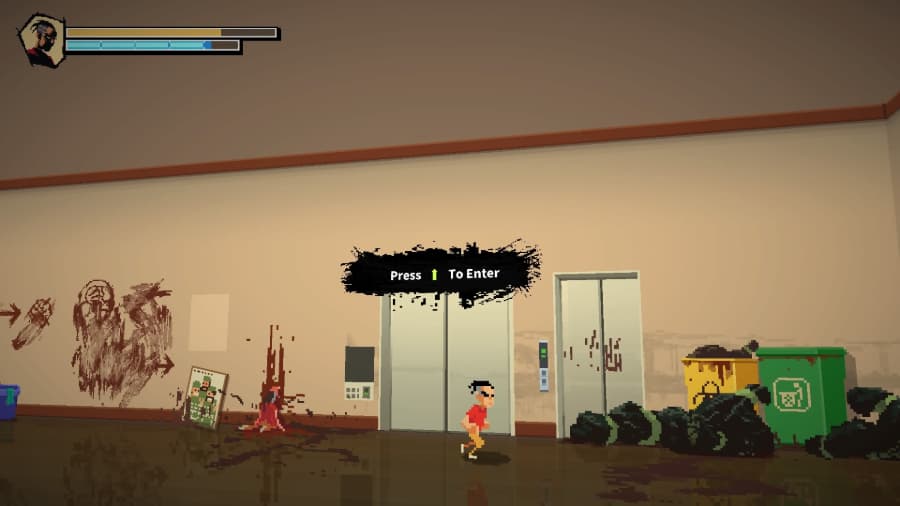 When your main purpose, and basically only ability in a game, is to beat up enemies, there should be loads of combos. At the very least, the ability to freely intertwine them in the way you see fit is almost necessary. I Am The Hero does little in the way of allowing for creativity in combat. There are a few set combos, and the only way to truly make them your own is to either cut them short, or combine them in small ways. You can punch, kick, use jump attacks and launch attacks, and special EX attacks. The combat itself, the actual fighting, is quite good. Hit recognition is solid, and there is satisfaction to be had in a successful 20+ hit combo. However, after a few levels, the rinsing and repeating of what is essentially the same attack string becomes tiresome.

You have somewhat of a parry move, which you must trigger just before an enemy hits you to counter-attack them. This move is only useful in one-on-one fights, so far as that you can’t genuinely plan and utilise this ability when you’re surrounded by ten enemies. The game quickly becomes a game of juggling a series of enemies, as many as you can muster, and throwing them across the screen, running over, and juggling them in the other direction. End level bosses are basically just larger versions of basic enemies and, while they offer a good challenge, don’t truly feel very boss-like.

The core of the game, essentially, becomes somewhat of a burden after you play long enough. I Am The Hero has good combat mechanics, but as a whole they are not executed to their best potential. 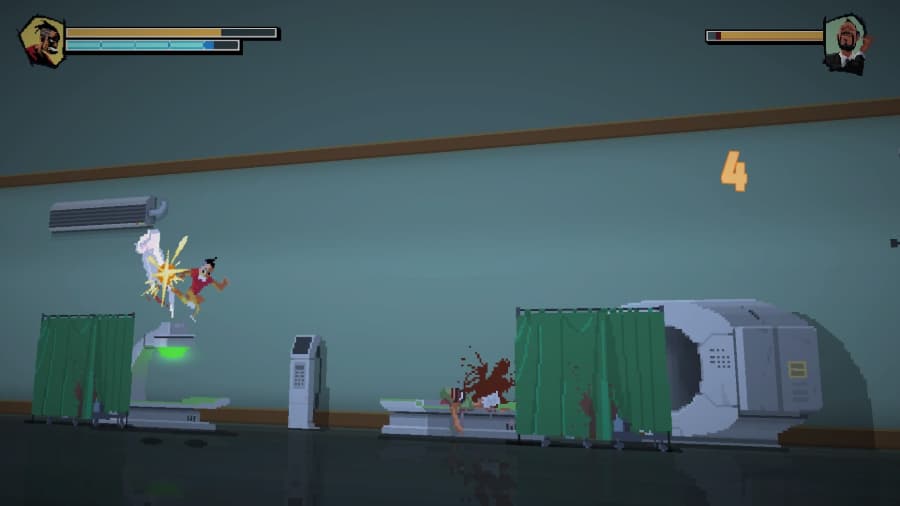 A Bit More To Do

Outside of the standard campaign, you have two other game modes to play: Challenge Fight and Workshop. Challenge Fight pits you against a single, very challenging enemy, while Workshop is the game’s ‘endless’ mode. Neither one particularly draws you in. Workshop merely tasks you with repeating the combat that becomes stale without changing stages or moving around much. Challenge Fight does offer a bit of fun, but its replay value is somewhat dim. They are both enjoyable, but the limited scope of each fails to beg another go. You can also, thankfully, play local co-op which does play very well. The game feels a bit better with a partner, as the single-player experience can become overwhelming, tedious, and bothersome at points.

Playing through each story level ends with a choice: learn a new EX move or unlock a new character. The various EX moves are highlights of the combat system, and their animations are unique and can spice up any fight. The unlockable characters, however, don’t feel valuable and I found little purpose to play them. The title character, Hero, is far away the best option; other characters feel sluggish, boring, and underdeveloped. Though you can switch to them during combat seamlessly, and they offer you a second chance should your HP drain, they have little autonomy. It’s a shame, as playable character variation is an easy, and good way, to entice players to keep going. 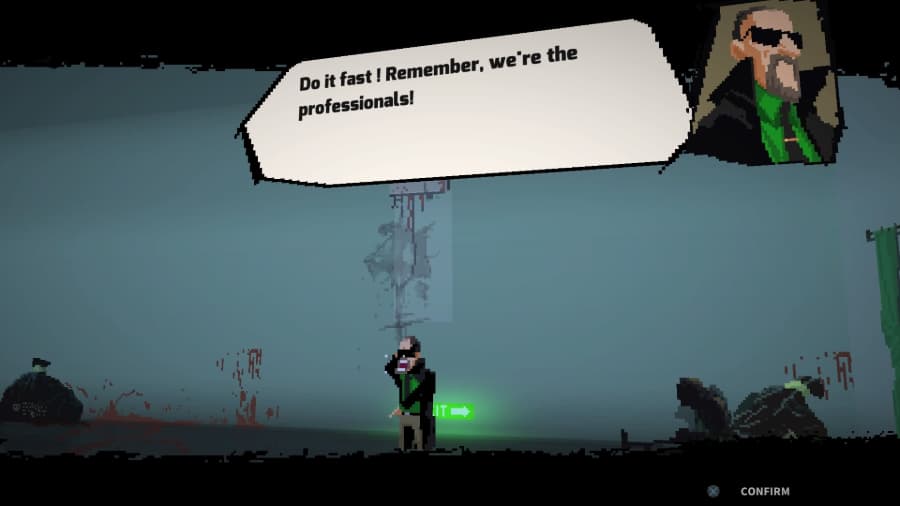 Strong, But Not Quite Solid

I Am The Hero finds its home with beat ’em up fans quite well. As far as appealing to the wider audience, however, it falls short. Combat that fails to offer a personal feel alongside a lack of depth and replay features leaves me wanting more. High-score chasers and leaderboard-savvy players will have lots to love, but those looking for a casual beat ’em up may find themselves turning away at some point.

I Am The Hero is available on PS4, Xbox One, Switch and PC. We reviewed the PS4 version.