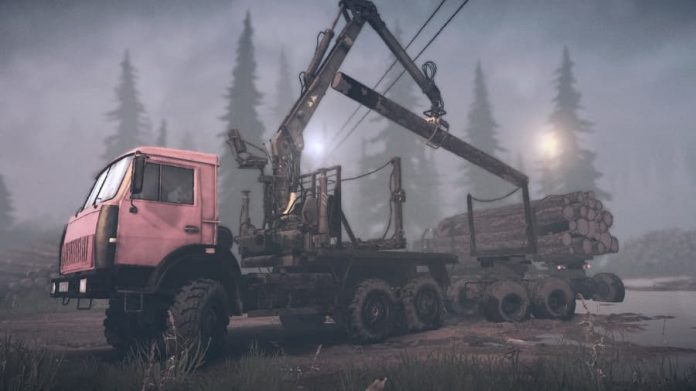 Playing Spintires: MudRunner – American Wilds is like having another job.

You might have seen screenshots or gameplay videos of it in action before – it has been available on other formats for a while now – but only through playing it comes the realisation that it’s less off-road thrills and spills, more tirelessly chugging heavy vehicles from one point to another. Though that doesn’t mean that it’s not entertaining, at least in short bursts, anyway.

Just released on Nintendo Switch, Spintires: MudRunner – American Wilds bundles up the original game with its expansion, providing hours of  hard work for you and possibly your friends. The game’s campaign mode has you making your way through a variety of maps, though they all have one thing in common, uncompromising terrain. Thankfully, all 30 or so of the vehicles Spintires: MudRunner – American Wilds lets you loose with can handle it, though sometimes you will need the assistance of a winch to get you out of a tight spot.

Your task is to basically transport goods from one point to another, though how you achieve your goal is ultimately up to you. You could drive a smaller but more agile vehicle if you prefer, but its log carrying capabilities may be rather limited, forcing you to make more trips. Taking a huge truck is another option, but while it may cut down the number of trips you’ll need to make, navigating the harsh terrain may become a much more challenging task. It’ll probably drink away at your fuel quicker, too, requiring you to make trips to replenish it more often. 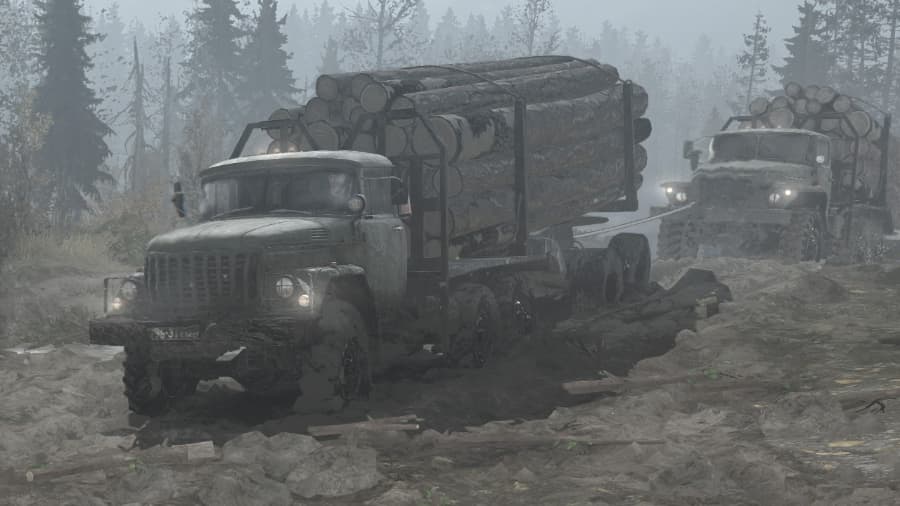 As Chris stated in his review of the standard version of Spintires: MudRunner for Xbox One, “Each misstep will teach you a little more about Spintires: MudRunner’s mechanics”. Your first few forays onto the muddy routes and dense forests that the game is filled with are likely to be filled with a string of disasters. You might get stuck in some mud, for example, or roll over your vehicle. There’s no easy reset button to quickly get you back on track, your only option is to either restart from the beginning, or “recall” your vehicle back to its original starting point.

Obviously, frustration can set in rather quickly if you don’t have the patience to learn from your mistakes, but persevere and you’ll find the whole experience strangely rewarding. The first time you ham-fistedly complete the job at hand you’ll be elated, but there’s always room for improvement. There’s also more than one way to skin a cat, so to speak; a range of vehicles being available on each map means there’s always the possibility of you going back to try new ways to collect and deliver your goods. Chances are, you’ll face a new set of challenges as a result. 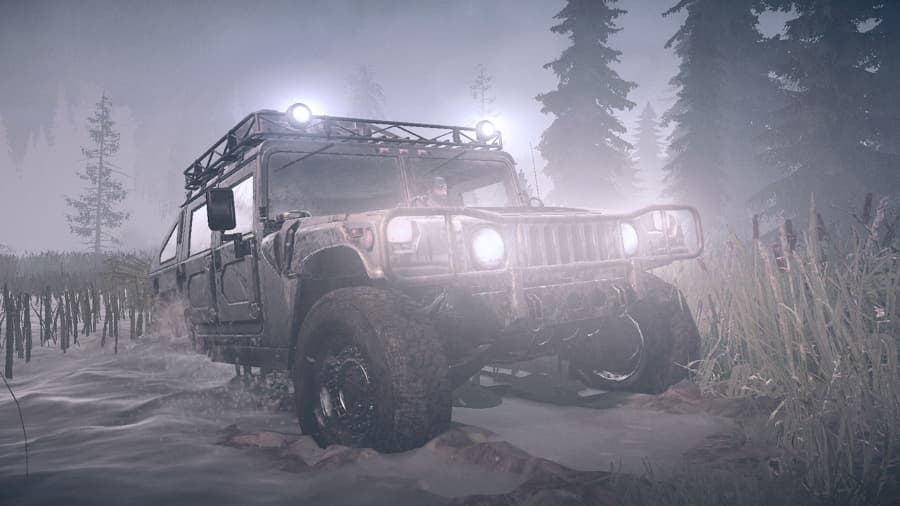 Before you jump into Spintires: MudRunner – American Wilds‘ main campaign though, you’d be wise to try out some of its challenge maps. There are 11 challenges to make your way through, offering bite-sized tasks that serve as a great tutorial to prepare you for the game’s main log-moving antics. And I dare say that many players will find them more interesting to play than the main campaign. I know I certainly did, even though reverse parking with a trailer initially drove me to the depths of despair.

Spintires: MudRunner – American Wilds‘ biggest fault is that navigating each of the game’s maps can be a real pain. You can’t simply pick a point on the map and have the game highlight the best route for you, you either need to learn each environment like the back of your hand or arduously plot your own route with markers. It seems like a strange oversight given that the function is in the game – you only need to play the first challenge to see it in action. You just can’t enable it yourself. 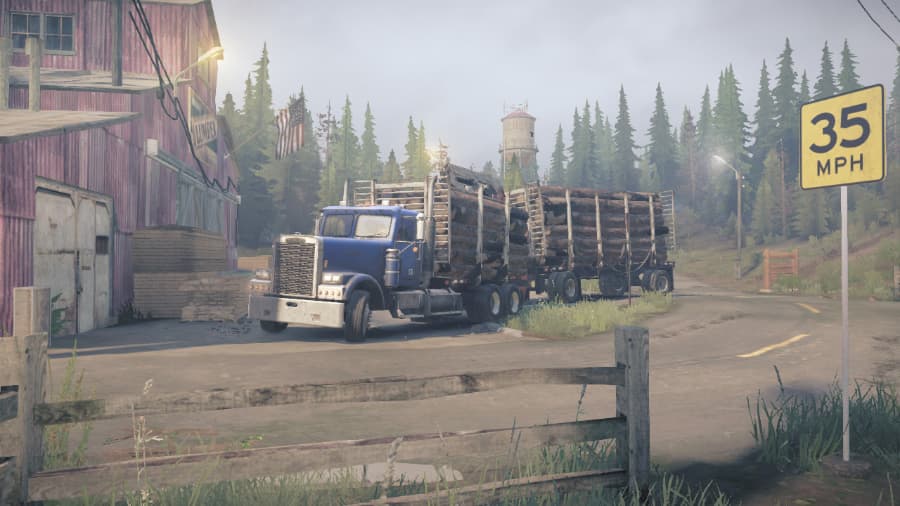 Still, there’s no denying that Spintires: MudRunner – American Wilds is a unique experience that’s strangely entertaining despite often feeling like hard work. It’s hardcore, perhaps to a fault, but that’s what makes it so interesting. And if you have some like-minded friends, you can also play the game in co-op with them online.

You can chalk up Spintires: MudRunner – American Wilds as another successful Switch port. While its visuals are unspectacular due to its limited colour palette, technically it’s impressive, with a seemingly decent framerate even in handheld mode. But it’s the fact that there’s nothing else quite like it on Switch that makes Spintires: MudRunner – American Wilds so appealing. Sometimes you may feel like you’ve taken on an additional job while playing it, but how many games let you loose in sandbox environments with an almighty range of all-terrain vehicles? Exactly.

Spintires: MudRunner – American Wilds is available on PS4, Xbox One, Switch and PC. We reviewed the Switch version. 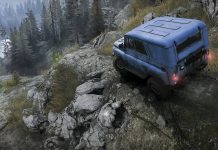