I’m sure we said the same last year, but 2018 has been an incredible year for games.

We’ve given out so many 8s and 9s in reviews this year as so many games have been a cut above the rest. As for 10/10s though? Well, we try to reserve those for the games that truly stand out as a phenomenal piece of work. This year, there’s been eight of them.

Each 10/10 has been awarded by the reviewer to a game that’s truly wowed them in some way or another. Here’s a recap of those eight games, and the reasons we think they’re deserving of a perfect score.

“Crossing Souls has everything you could possibly want from an adventure game. Well-polished controls, a stunning art style, fun and varied gameplay, and an emotional yet intriguing narrative all come together to make Crossing Souls one of the best gaming experiences I’ve had in a long while. It’s simply perfect.”

“Moss is one of those games that is, in the purest and simplest way, golden. PSVR has found its champion, its poster child. Quill is so happy to have you join her on this journey, and the camaraderie you two create is unforgettable. I highly suggest tagging along, you won’t regret it. So when she squeaks and holds up her adorable little arm, make sure you don’t leave her hanging. This is an adventure you want to experience every part of.”

“When the credits roll after 30 hours or so you’ll be left satisfied by God of War but also with more questions than perhaps you started out with. You’ll be eager for more. I know I certainly am. This is a new start for Kratos, and I can’t wait to see what’s next in store for him and Atreus as they deal with their Norse adversaries. The God of War series has a bright future it would seem, one that many of us didn’t expect or think was possible. And I’m extraordinarily happy about that.”

“Honestly, Yakuza Kiwami 2 is the best Yakuza game to date. Its story is gripping and has a brilliant pace, its combat is tighter and more engaging, and there’s such a varied range of sub-stories and side activities to absorb yourself in that it offers great longevity. Yakuza Kiwami 2 has the Yakuza formula perfected, making it an absolute must for fans of the series, and a jolly good ride for those who haven’t even tangoed with the charming Kazuma Kiryu before. If this truly is the last Yakuza game starring Kiryu to be on the receiving end of the remake treatment, at least he’s going out with a mighty bang.”

Shadow of the Tomb Raider

“When the credits roll, you feel like you’ve been on a real journey with Shadow of the Tomb Raider. You’ve experienced ups and downs, made new friends and enemies, and had the pleasure of seeing some phenomenal sights along the way. And as the dust settles, Lara has become who she was meant to be. But it is you who has got her there. It is you who has traversed dangerous environments and raided temples for their treasures, all the while defending yourself from those who seek to put a stop to your adventure. And just like any good adventure, you’ll be left wanting more.”

“Forza Horizon 4 feels like a labour of love; a game for car lovers by car lovers. But also, it’s an engrossing experience that’s rewarding every step of the way. Exploring the map feels just as worthwhile as completing events. And its seamless multiplayer features, Forzathon challenges and seasonal events mean that you’re not likely to grow tired of it for years. It is, without a doubt, the best racing game available right now. In fact, it might be the best racing game of all time. If you own an Xbox One, you need Forza Horizon 4. It’s as simple as that.”

“The years spent shaping Red Dead Redemption 2 into what it is has been worth it. Rockstar hasn’t just created a video game; it has created as close to a living, breathing digital world as can be. It’s not so much something that you play, it’s something that you visit and experience. Something you willingly get lost in. Red Dead Redemption 2 is the result of years of blood, sweat and tears. And it shows, making getting yourself absorbed in it feel all the more special. This is the new benchmark by which open world games will be measured, but none will be meeting its heady heights anytime soon.”

“Diablo III on Switch is simply spectacular. It’s a phenomenal port that really shows what the Switch is capable of, and honestly, I think it might just be my favourite version of the game yet. Sure, it doesn’t quite look or perform its best on Nintendo’s hybrid console, but being able to dip into the game anytime, anywhere more than makes up for it. Whether you’ve got a few hours or a few minutes to spare, booting up Diablo III will always provide an entertaining way to fill them.”

How to Use Photo Mode in God of War

Does God of War Have Any Co-op or Multiplayer Features?

How to Save Your Game in God of War 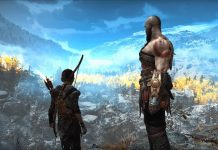 How Long Does it Take to Beat God of War? 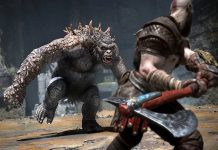 What Difficulty Should You Play God of War On?