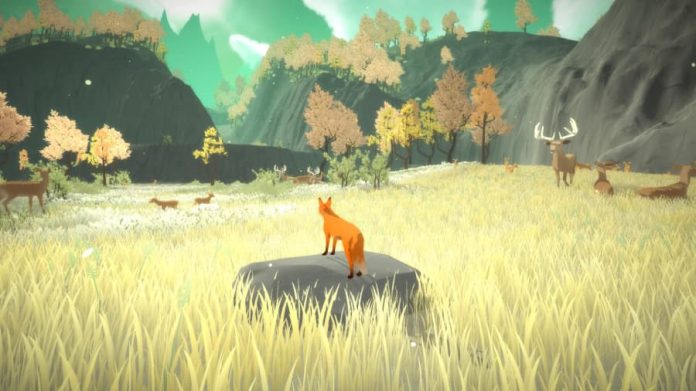 First released on Steam back in 2017, David Wehle’s meditative adventure game The First Tree is now available on consoles.

Giving players control of a fox on a long and arduous journey, The First Tree is a game of two halves. There’s the action on-screen, where we witness a mother fox looking for her lost cubs, wandering through picturesque scenery that changes with the seasons. Then there’s the game’s dialogue that plays out over the top; a conversation between a husband and wife, where the husband is discussing his emotional relationship with his father.

The First Tree is – although I dislike the term – best described as a walking simulator. There are certain things in the environment you need to find and interact with in order to progress the story, but mostly, you’ll be wandering through open areas, making your way from one glowing marker to the next. There are no real puzzles or problems to overcome; you’ll simply explore, taking in the story as you go.

As unrelated as game’s two separate narratives may sound, there are a lot of parallels between the two. The fox – explained as a recurring dream had by our narrator – will encounter items that relate to the real world; we’ll see an old, abandoned shed in the distance just as the husband is telling his wife about a shed in his childhood, for example. They tie together pretty well, but at times I couldn’t help but think I’d prefer to experience the whole story from a fully human perspective. 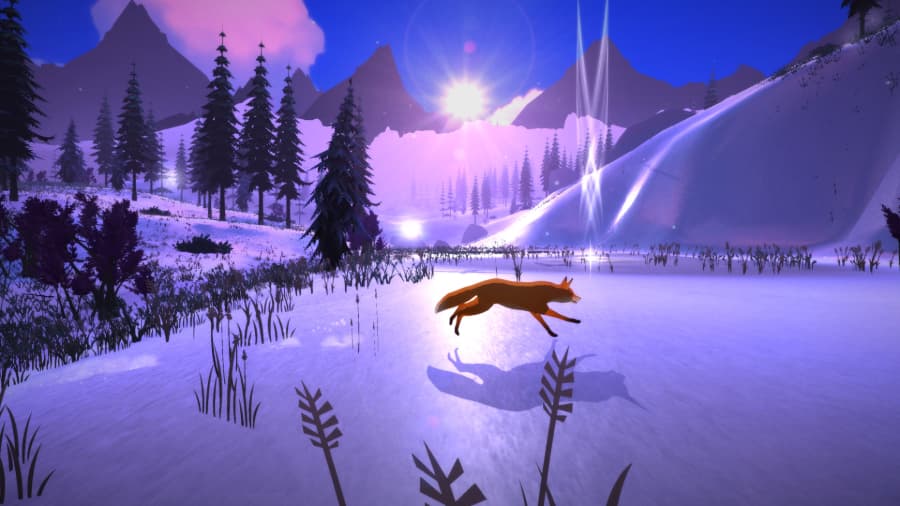 On its own, the fox’s story is a short but sad one, acting as a metaphor for loss and bereavement. The narration is much more literal, but deals with similar themes of love and loss. The First Tree is meant to tug at our heart strings; after all, its themes are ones that we can all relate to. But its short run time – no more than 90 minutes – gives little time to develop any kind of bond with any of the characters. Sure, a cute fox looking for her missing cubs requires little else to make us a bit misty-eyed, but the human characters jump straight into their tales of woe with barely an introduction, and it’s hard to make any kind of connection.

It’s clear that The First Tree has drawn inspiration from the likes of Dear Esther and Firewatch. But while Firewatch has a more developed narrative with some surprises along the way, The First Tree only really has one card to play: it’s a short story of grief, and nothing else. Dear Esther, on the other hand, differentiates itself with its beautiful and realistic graphics. While The First Tree is far from ugly – its hand-drawn animation is pleasant to look at, there’s not much differentiation between its environments. Forests are pretty, sure, but running through one without a great deal of change for 90 minutes does get tiresome. 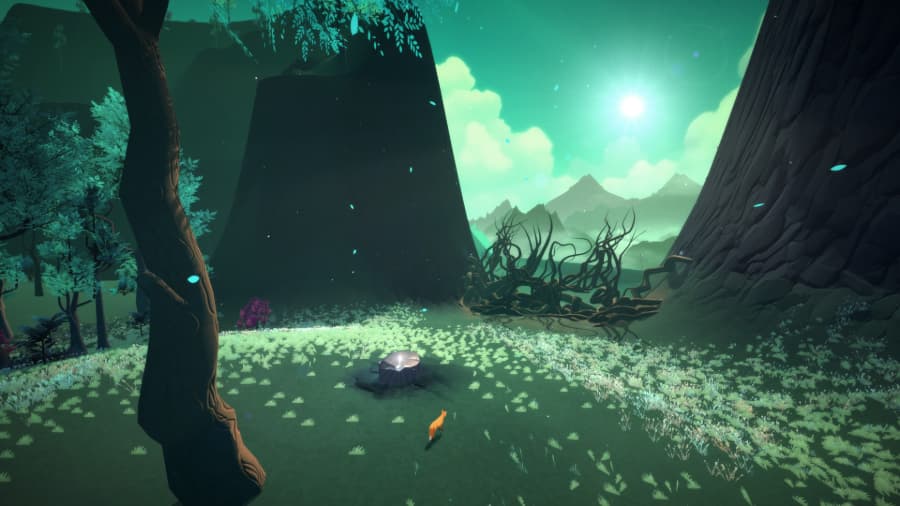 I don’t mean to be down on The First Tree. Taking into account that it has largely been created by one man, David Wehle, it’s a pretty considerable achievement. It’s an enjoyable and thought-provoking short journey for sure, but the emotional beats that the game wants you to feel just don’t quite hit the mark. The story has the foundations to be engrossing, but ultimately it just left me wanting more. The characters needed more depth, and more time to tell their story in more detail.

What does hit the mark, though, is The First Tree‘s gorgeous soundtrack. A mixture of orchestral scores and licensed music, it really helps elevate the experience. Any emotions that The First Tree does manage to pull out of you will undoubtedly be helped by the soundtrack. With tracks from Josh Kramer, Lowercase Noises and Message to Bears (among others), it’s beautiful from start to finish.

If you’re a fan of meditative adventures such as the likes of Firewatch et al, then there’s some enjoyment to be had in The First Tree. You’re unlikely to get emotionally invested, but its vulpine protagonist and charming visuals may be enough to keep you interested through its short running time.

The First Tree is available on PC, Xbox One, PS4 and Nintendo Switch. We reviewed the Xbox One version.