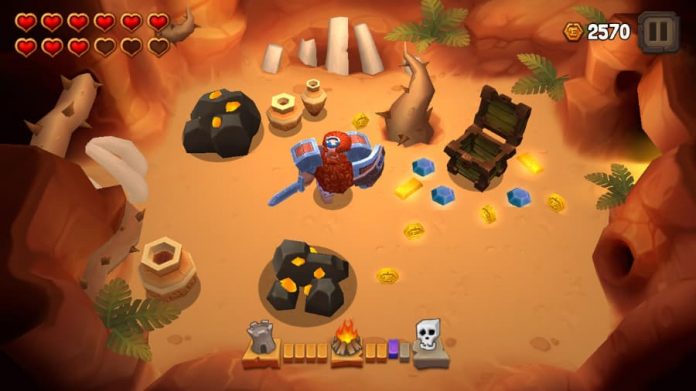 Kyy Games originally released Trouserheart for iOS, Android and Windows phones back in September of 2013.

Five years later, and Trouserheart finally released on the Nintendo Switch on October 4th, 2018. It’s kept its simple pick-up-and-play style which is great for kids, but can get old quickly for more experienced players.

The premise of the story is simple, if ridiculous. King Trouserheart (which was actually the family name of the Royal Family before it got changed to Windsor) gets his trousers stolen by a pesky little monster, and it’s the player’s task to find them again. Trouserheart is set out like a Mario game, with different levels on a map to complete in order to reach the next stage. At the end of each level, the King discovers that the trousers aren’t in that castle, which is a great call back to Mario.

The Mario franchise is not the only influence in Trouserheart, though. Its bright, colourful and fun art style sends positive reminders of Rare games of old. The wacky humour, that is definitely targeted towards kids, sends flashbacks to great titles such as Banjo-Kazooie. Visually Trouserheart is a feast worthy for a King, one that you’d really need to loosen your belt for (if, of course, it hadn’t already been stolen along with your trousers).

Trouserheart also follows the convention of every great Rare platformer: collecting coins. These coins are earned by killing monsters in each level, or strategically hitting bombs that appear to smash nearby rocks. These gold coins can be used to upgrade the King’s health, armour, shield or sword. It’s a nice addition that does make a big difference within the game. 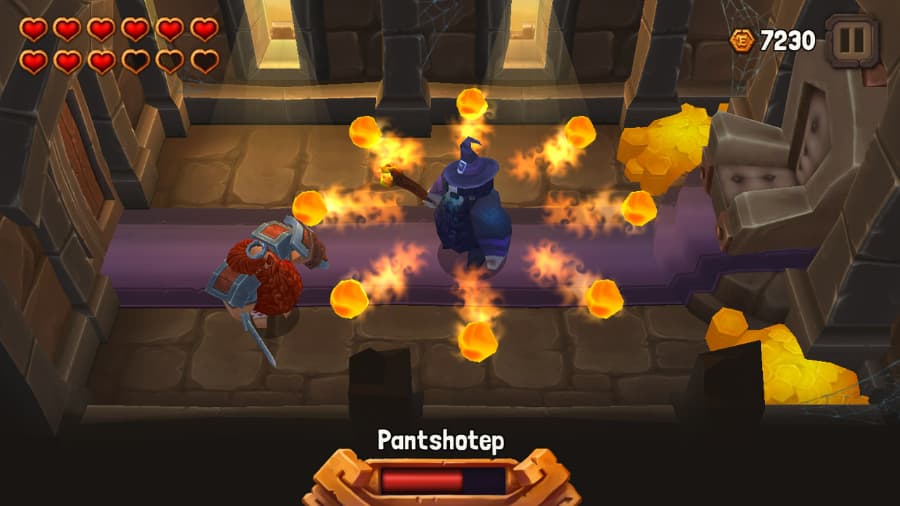 Sadly, Trouserheart lacks the depth of the games that influenced it. There are only two buttons which need to be used: the X button to pause, and literally any other button (apart from Home and Capture, of course) to swing the sword. That’s it. It doesn’t matter which button is used; the swing will always be the same, meaning that each level becomes a hack and hack (without the option to slash).

This is not necessarily a bad thing as it makes for a brilliant introduction to gaming for the younger ones. But it does feel very shallow, and the addition of a platforming level or two would have worked wonders, and would have really fit well in this style of game. Honestly, even just a cutscene or two would add a lot to what is potentially a very funny story.

Each level involves killing all the enemies in the room before being able to advance to the next room. Most enemies are killed pretty easily, but some can provide a little challenge. Honestly at no point does Trouserheart feel difficult though, and even the hardest difficulty, permadeath, can be completed without too much strain.

Trouserheart is a great pick-up-and-play game for children who are new to gaming. Its fun and colourful levels are sure to keep kids engaged for hours, and the campaign is not long enough to become monotonous to more experienced players. But the game’s lack of depth and difficulty certainly pull the trousers down on what could be a very fun game. For only £6.29 it’s a fun two hours of gaming, but nothing more substantial than that.

Trouserheart is available on Nintendo Switch.