Last generation, we had Ace Combat 6: Fires of Liberation for Xbox 360 in 2007, Ace Combat: Assault Horizon for PS3 and Xbox 360 in 2011, and then the free-to-play Ace Combat Infinity for PS3 in 2014. Of those three, only one of those really delivered the goods, and it was the one that didn’t receive a PS3 release. Ironic, given the series’ PlayStation roots.

Unless you find yourself gaming exclusively on the Switch these days though, chances are you can enjoy Ace Combat 7: Skies Unknown. Available now on PS4 and Xbox One (and coming to PC very soon), this new entry in the series being numbered perhaps signifies a return to form. This isn’t a spin-off or an attempt to take the series in a new direction; it’s a fully-fledged sequel that will feel instantly familiar to fans, yet introduces new gameplay aspects that really do make it feel next-gen.

At the heart of Ace Combat 7: Skies Unknown is a lengthy single-player campaign that will likely take you just under 10 hours to complete on your first playthrough. Starting out with just one plane and little else, you’ll spend the points you earn via completing missions on a vast Aircraft Tree, further expanding your aerial options. New planes can be bought, as well as alternative special weapons for each and every one of them, and a huge number of part upgrades are available too. Unlocking everything is certainly going to take more than one playthrough, so it’s handy that there are multiple difficulty options to keep the action interesting, and a range of medals to earn for fulfilling certain objectives. 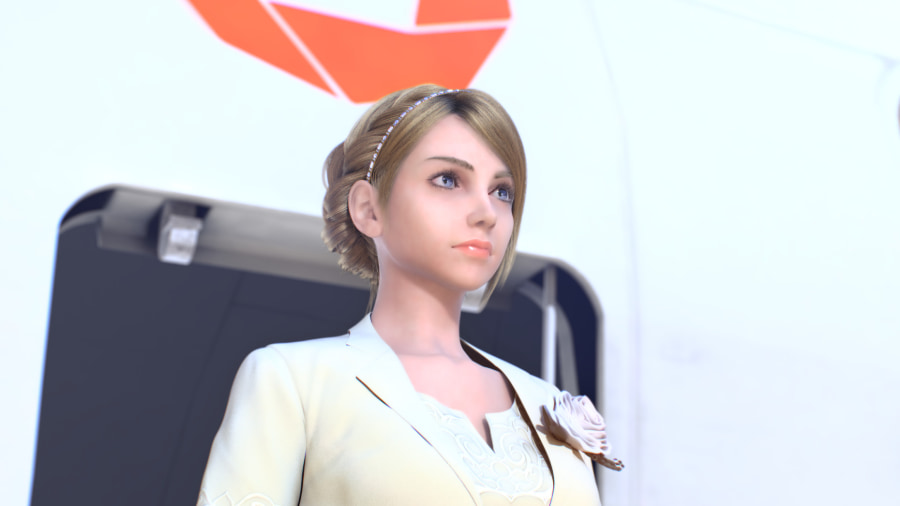 The story told throughout Ace Combat 7: Skies Unknown‘s campaign can be a little baffling at times, but it’s entertaining nonetheless. Besides, you’re likely to not care about it too much anyway – the real draw here is the action. While the first few missions of the game present little out of the ordinary, you soon find yourself in hair-raising scenarios that literally have you on the edge of your seat. There’s the whole smorgasbord of mission types here – all-out assault, stealth, escort – and they’re combined well to keep your attention. It’s the introduction of weather that really propels the gameplay forward, however, as well as the other crazy conditions you find yourself trying to survive.

Fly through clouds and not only will your visibility be limited, but precipitation will build up on your plane too. Eventually your plane may even become the victim of icing, affecting its manoeuvrability and performance. Some missions may have you contending with lightning, which plays havoc with your computer systems and even takes control of your plane away from you when hit. Along with sandstorms and other hazards that you occasionally need to be aware of, Ace Combat 7: Skies Unknown constantly keeps you on your toes. 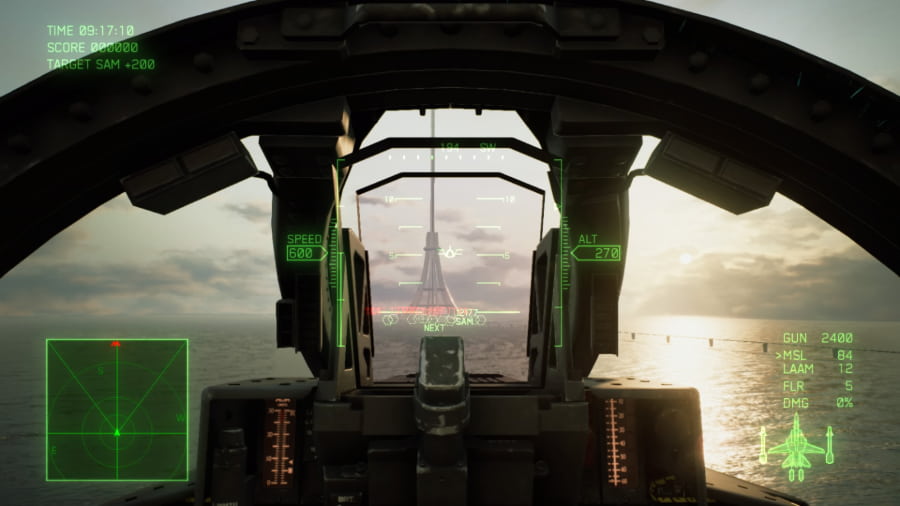 Even not taking Ace Combat 7: Skies Unknown‘s most exciting moments into account though, it’s by and large a pleasure to play. Its visuals won’t overly impress you, but the smoothness of the gameplay will. And the controls are pretty much spot on, especially when you choose Expert mode. My only issue in the heat of battle is that there isn’t a way to quickly target the enemy closest to you. Instead, you have to cycle through the enemies available. Also, you might find yourself failing the odd mission from time to time for what feels like no fault of your own. Sometimes your objective isn’t overly clear, or a friendly plane you’re supposed to protect will succumb to enemy fire while you’re busy protecting others. A fairly robust checkpoint system ensure that such occasions don’t waste too much of your time though.

Outside of the game’s campaign, a duo of multiplayer match types enable you to test your flying skills against real-life opponents. Team Deathmatch is just what you’d expect: two teams of two or four duking it out to prove their aerial prowess. Battle Royal, on the other hand, may not be quite what you imagine. It doesn’t involve up to one hundred planes battling for air superiority with respawns disabled. Just like in Ace Combat 6: Fires of Liberation, it’s a race between eight players to reach a set number of points. Well, unless the match timer expires beforehand, in which case the player with the highest number of points wins. 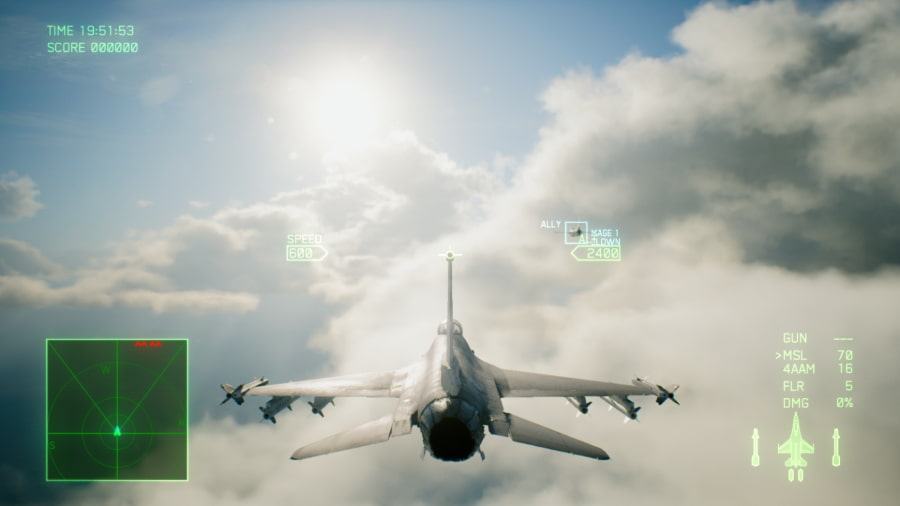 I’ve not spent a great deal of time playing Ace Combat 7: Skies Unknown‘s multiplayer modes due to not being able to reliably find matches before launch, but my experience with them has been positive so far. I haven’t encountered any noticeable lag or network issues, and a points system tries to keep matches balanced despite a wealth of planes being available along with a huge number of customisation options. There’s even a branch of the Aircraft Tree dedicated to multiplayer-only upgrades. Whether or not the points system will effectively do its job when players have maxed out the Aircraft Tree remains to be seen.

That’s an issue that may arise on another day, though. At this moment in time, Ace Combat 7: Skies Unknown is only really brought down by the occasional frustration felt upon the often unfair failure of a mission. Its campaign really is great overall, but sometimes you’ll curse when a timer imposed upon you expires when you’re just shy of meeting a score target. Or when a mission critical friendly plane gets shot down just as you’re about to dispatch the last enemy. You’ll always hit that “Retry From Checkpoint” option though and jump right back in, because Ace Combat 7: Skies Unknown’s moment-to-moment gameplay is simply ace.

Ace Combat 7: Skies Unknown is available on PS4, Xbox One and PC. We reviewed the Xbox One version.