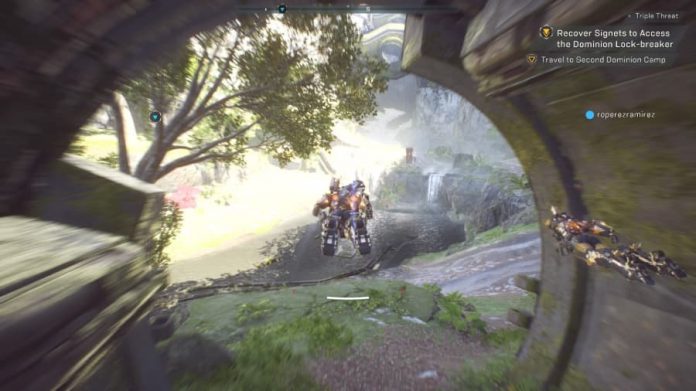 Through all the server issues, infinite loading screens, and random crashes, I managed to get a solid amount of playtime with Anthem. I was left feeling equal parts hopeful and sceptical.

Let’s just get this out of the way first: the Anthem VIP demo was a mess. It was an embarrassment to some degree, with two big industry names failing to properly prepare for the large number of players. Granted, they did clarify some of the issues were not directly related to the servers not being able to handle the load. With that said, however, the number of broken, failed, or cancelled demos/betas over the past few years is hard to swallow. Pushing all that aside, let’s get to the meat of the discussion. Anthem is, when it’s firing on all cylinders, a visually striking, hectic, rewarding, and exciting adventure.

Within the confines of the demo, you were able to experience a handful of missions, two free-roam locations, and one enemy stronghold. Even with limited NPC interaction, I was pleased with the premise of the unfolding story. The voice acting is great, the story left you wanting to discover more of the world, and the characters you interact with face-to-face have great personality. The missions function as expected, with you bouncing from objective to objective, occasionally hearing from the folks back at the base. There are, however, plenty of instances of typical shooter tropes: holding an area while a bar slowly fills, fighting through waves, and carrying orbs/items to a place where they are inserted.

Having the mission laid out before you by someone directly involved with it helps give it much more meaning and purpose. Even within the walls of these missions, you have a pretty fair amount of exploration freedom. In the free-roam sections – which I can only hope are widely expanded upon in the full release – there are massive, sprawling locales that you can explore at your leisure. From lush jungles areas to dilapidated hideouts, Anthem‘s world is deeply detailed. Birds patrol the skies, some hostile, and a wide variety of flora and fauna litter the ground. As you cruise through the worlds of Anthem, it’s hard not to stop and stare from time to time. 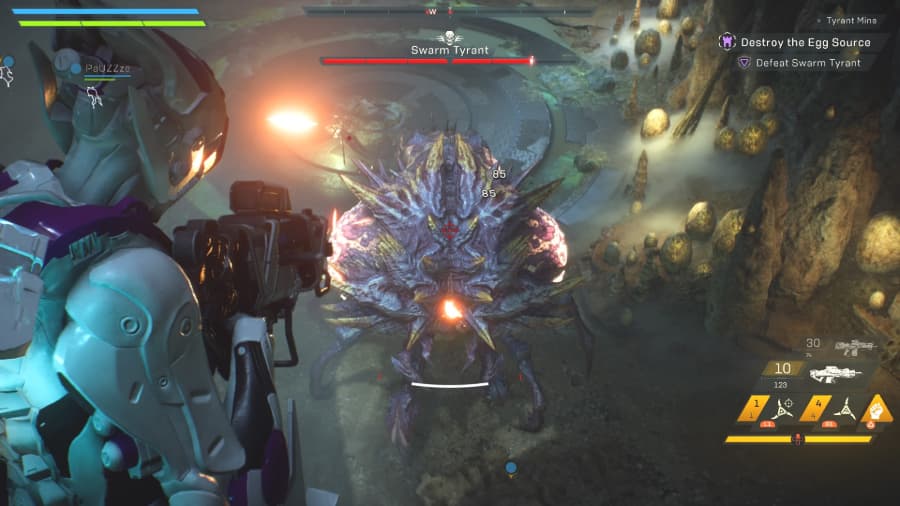 No matter which Javelin you choose, the way you move, evade, and fly through the world is seamless and pure. In its movement animations alone, Anthem stands out in its detail and aesthetic. Each of the four Javelin move in distinct fashions, with the two most closely resembling each other being the Ranger and Interceptor. Every single movement is beautifully animated with precision and a gorgeous splash of colour. Mechanically, Anthem feels at its peak when you’re in the heat of battle; dashing around, performing aerial dodges, flying away to find a hiding spot on some higher ground. Rather than relying on casted or cooldown-related abilities, Anthem allows you to make use of its core mechanics and movement system to elevate your gameplay.

In terms of abilities, the Javelins are uniquely equipped and each feel like their own entity. The Ranger is a balanced blend of offensive missile barrages and defensive shields. The Colossus is a hulking mass of brute strength and function over form. The Interceptor blitzes across the battlefield with its unmatched speed and melee-focused abilities. The Storm brings a wide array of elemental-based abilities, increased hovering capabilities, and one hell of a light show with its ultimate ability.

As I played through, I managed to unlock a fair amount of new abilities and weapons for each Javelin. Even in the small window I played, I was satisfied with the varied playstyles I could create. Though, admittedly, in the long run, I can see how these class setups might run dry for some. 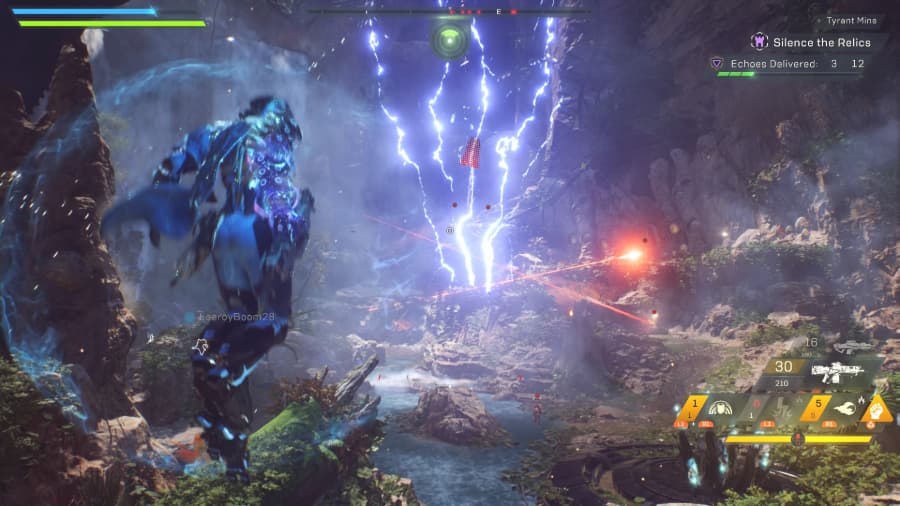 What’s to come scares and excites me

Anthem clearly draws inspiration from games of its mould. There are smatterings of Destiny and Warframe. But Anthem feels like it has the potential to truly craft its own space in the genre. My biggest fear is a lack of variability in the long run, in terms of both weapons and Javelin setups. With four Javelins at launch, and more to come post-launch (at least, I’d assume), I wonder how long I’ll keep the fire burning.

As Destiny 2 grows and continues to expand into the future, do I really have the bandwidth to take on another shared-world shooter like Anthem without feeling completely burnt out? I’m not sure. I want to. I really enjoyed what laid beneath the shoddy exterior of Anthem‘s demo. When the servers were acting right, it was a fantastic experience. The particle effects are bright and striking. The sound design is stellar. Enemy design and AI are both great. Nothing about Anthem felt perfect or markedly above average. But it felt good. In the end, that’s really all I want.