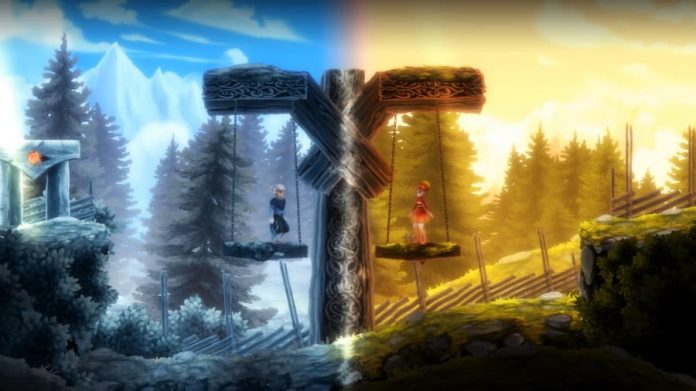 Some games add in co-op play as an afterthought; others are built from the ground up with local multiplayer in mind.

Degrees of Separation, an upcoming game from Moondrop and Modus Games, is definitely the latter. It’s a beautiful puzzle platformer game with two protagonists who must work together in order to solve puzzles, reach new areas and progress through the game. The problem? They’re separated by an “enigmatic” force, so they’re technically never together in the same area. Not really, anyway. Ember, the female protagonist, possesses the power of fire and light. The male protagonist Rime, on the other hand, represents cold and ice. 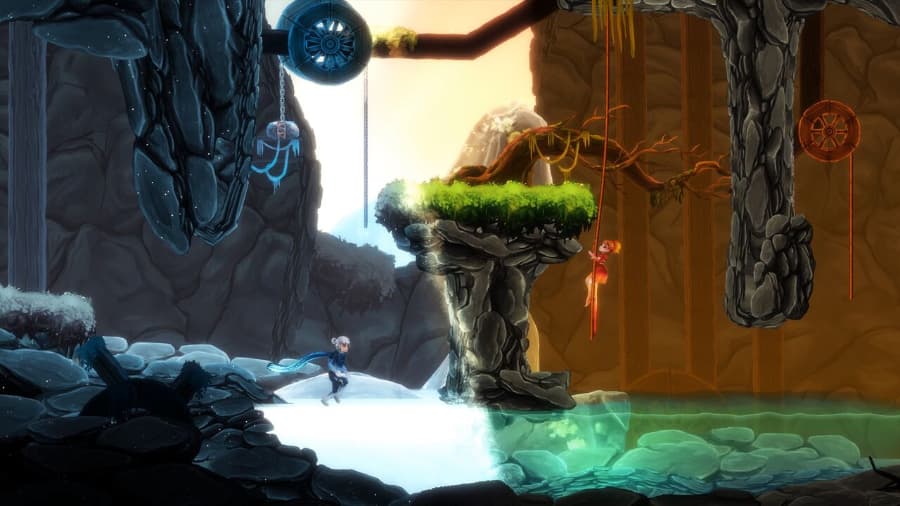 As such, both characters have their own unique abilities and each will interact with the environment in different ways. Ember can swim through lakes, light lanterns and travel through the air in the steam of a hot geyser. Rime will freeze any water he comes across, dampen any flames and stop the flow of any geyser in his midst.

Environments are carefully thought-out and require Ember and Rime to use their abilities in specific ways in order to move forward. Even the simple decision of which character walks in front could make or break your progress through the game. Playing in local two-player co-op, one player controls each character. Communication and working together is key, as trying to solve some of Degrees of Separation‘s puzzles can be tricky – but that’s the beauty of the game.

Rich and I spent some time with a demo build of the game last night, and even in just the first hour of playing, we got stumped a couple of times. A lot of trial and error and logical thinking is required, as well as a deep understanding of how Rime and Ember’s abilities will affect the environment around them. Perhaps Rime can reach a ledge up ahead, because the water below freezes for him, providing an ice platform to jump from. But for Ember, that ice turns to water, and she’ll automatically swim to the depths, unable to jump as high from in the water. As such, Rime will need to find something he can interact with to help Ember up – perhaps a pulley that’ll lower a rope, or a flame-operated ledge that’ll descend when the fire goes out. 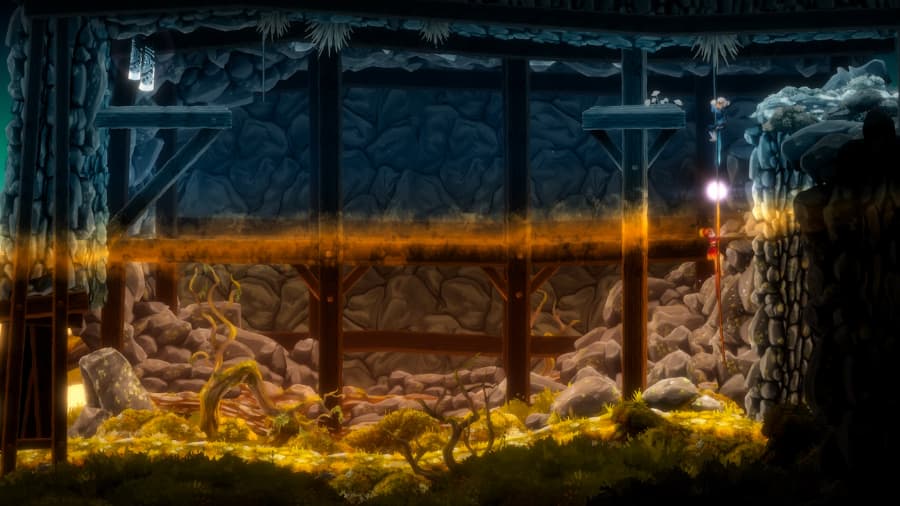 There’s a lot of precise movements and forward thinking required in Degrees of Separation, too. If they’re in a narrow space, Rime and Ember can’t cross past each other, so you’ll need to figure out who needs to be at the front beforehand. You’ll also need to time jumps together and at times stay close together – or far apart – in order to utilise each character’s skills. Solutions to puzzles aren’t always obvious, so be prepared to fail a few times before you crack it.

Degrees of Separation‘s puzzles are certainly something, but it’s the game’s visuals that really stand out and give it a wow-factor. Beautiful hand-drawn illustrations bring to life various environments, from luscious forests to damp caves. Even the details on the characters are exquisite, with their flowing scarves and capes. But it’s the depiction of the game’s main facet that really being Degrees of Separation to life.

Ember’s fire ability and Rime’s ice ability will always meet in between them; a visible line separating hot and cold. It means that one single environment will look drastically different depending which side of the screen you’re looking at. Ember’s world brings warm hues, autumnal forests and crystal-clear bodies of water. Rime turns it to a crystal blue world of cool tones, wintery landscapes and shimmering ice. Separately, each is beautiful. But together, side by side, they provide a dazzling contrast that makes Degrees of Separation look unlike anything else you’ve played. 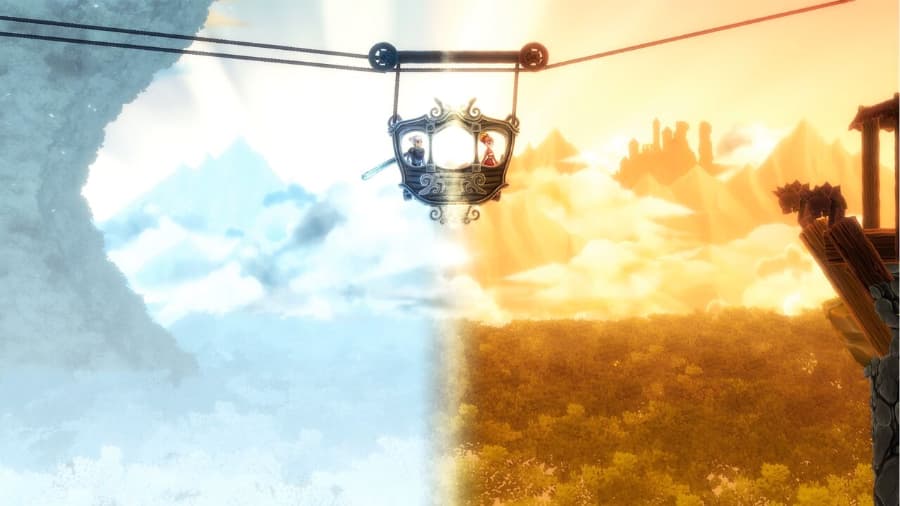 There are similarities to other games, of course. I couldn’t help but be reminded of Trine 2 as we worked together to solve environmental puzzles. There’s also a hint of Unravel Two in there, too, in the way the game requires each character to play their part. And just like Unravel Two, the game can be played in single player – but it’s very obviously not the intended way. Playing Degrees of Separation by yourself means taking control of both characters, switching between them as necessary. It’s a perfectly fine way to play the game, but it’s a game that shines when you’re playing with a co-op buddy. And when the game launches next month, online play will also be available.

Degrees of Separation will be available on PC, PS4, Xbox One and Switch on 14th February. If you have a friend or loved one you enjoy gaming with, this is definitely a game to keep on your radar.