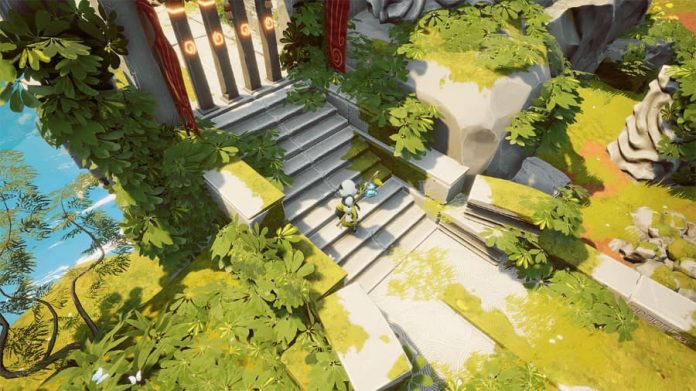 Elli isn’t in any way remarkable. There’s nothing particularly unique or outstanding about it. But yet somehow, it manages to be a pretty delightful puzzle platformer.

A game entirely without combat that’s about making your way through a series of areas by either solving puzzles or performing basic 3D platforming (and often both), Elli is rather unassuming. Its artwork and trailer don’t give a great deal away. It’s a pretty-looking game; bright and colourful without being too showy or over-the-top. Going into it, I didn’t expect much other than a fairly standard 3D adventure. And while Elli never particularly blew me away, it changed up its mechanics and gameplay design just often enough that I was kept enthralled from start to finish.

Playing as the titular Elli, you find yourself in a world filled with Mandragora – cute little creatures who desperately need your help. It seems that their world is threatened by an evil being, and – as it so often does in videogames – it falls on your shoulders to save the day.

The narrative is loose and altogether not entirely necessary, but the Mandragora provide a bit of comic relief. They’re colourful characters and though their dialogue with Elli is short and sweet, it’ll raise a smirk here and there. But aside from a few short cutscenes, Elli is entirely about its gameplay.

Starting out fairly simply, Elli plays pretty much like any other 3D platformer. You’ll navigate around fairly large areas, jumping across platforms and solving puzzles along the way. There’s nothing overly complex – and if something seems tricky, you probably just need to explore a little bit further first. 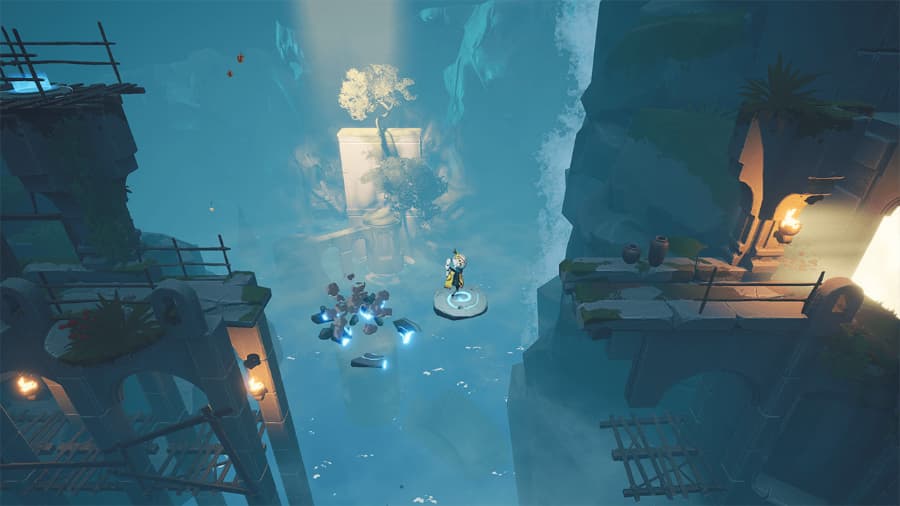 The first puzzles you’ll come across are colour-based; you’ll need to find four coloured coins to “unlock” a colour, then activate switches by turning those colours on and off. I was sceptical at first, worried that Elli would quickly outstay its welcome. Thankfully, I needn’t have worried. The game took me around seven hours to complete, and thanks to new puzzles, environments and gameplay elements being steadily introduced throughout, it never got stale.

Sure, you’ll face a number of the same types of puzzles, but as you progress through the game you’ll come across new challenges, offering up a trickier level of difficulty without ever being frustrating. There are switch puzzles, in which you’ll have to move a box or a stone to keep a door-operating switch open, for instance. There’s also a whole area where you navigate entirely by torchlight, limiting your vision to just a few feet in front of you. And while the game is free from combat, it’s not short of environmental dangers – fireballs, spikes, flying arrows, etc. 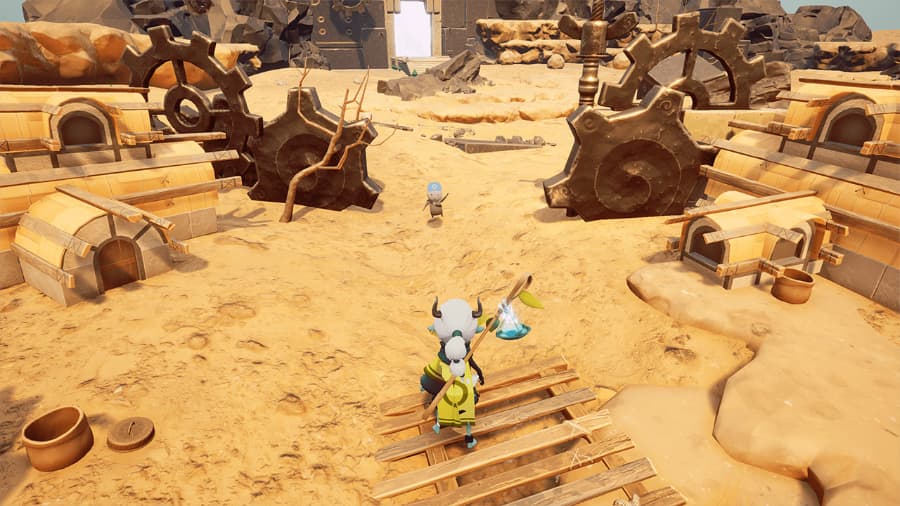 Moving around Elli‘s world is mostly painless, but as with most 3D platformers it isn’t without its annoyances. It can sometimes be difficult to line up jumps, with Elli’s shadow not always being easily visible. As such, it’s not always possible to know exactly where you’re going to land; not ideal when you’re jumping between very small, precarious platforms. Thankfully, the game has a very lenient checkpoint system so if you do miss a jump, fall off a platform, or get hit by an obstacle, you’ll never go back very far.

The only other main gripe with Elli is that it seems to have a lot of missed potential. Scattered throughout each level are coins, which you’ll amass several hundreds of through the course of the game. There are also “hat coins”, hidden in harder-to-reach areas. It’s a great incentive to explore more thoroughly – but the only problem is that coins and hat coins are basically pointless. 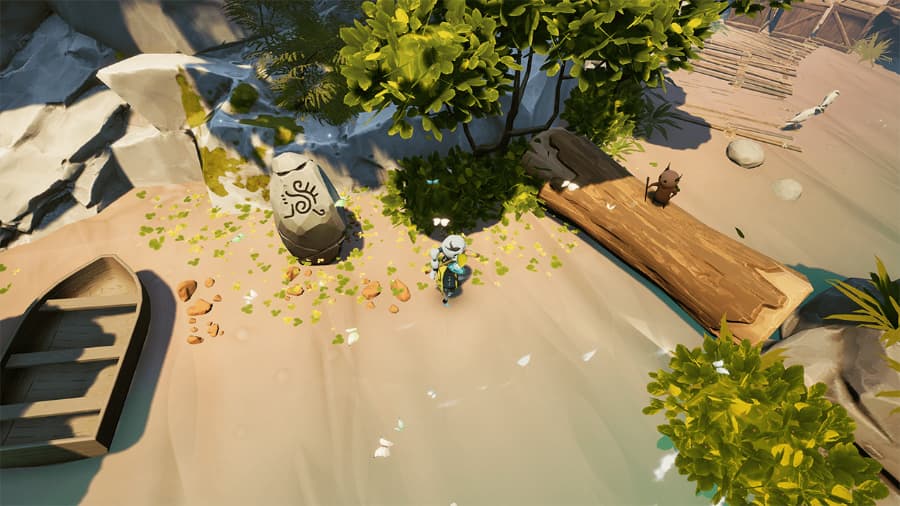 Regular coins are used to buy new outfits and new staffs. Hat coins, you guessed it, are used to buy hats. Being able to change Elli’s outfit is a fun little quirk, but it has no bearing at all on the gameplay. These collectibles would be much more worthwhile if each wearable item offered some kind of perk. Perhaps a new outfit could give Elli an extra heart, for instance, or a hat could help see a little further in the dark. Elli is fun and entirely playable as it is now, but if those coins had more purpose it would add a lot more to the experience. As it is, there’s no absolutely no incentive to explore or go off the beaten path.

Aside from that design misstep, though, Elli is still worth a visit. Its asking price of £18/$20 may be a little steep considering the game’s lack of replayability, but if you’re a fan of platforming and adventuring, Elli definitely has enough to offer that’ll keep you engaged for several hours.

Elli is available on Nintendo Switch.