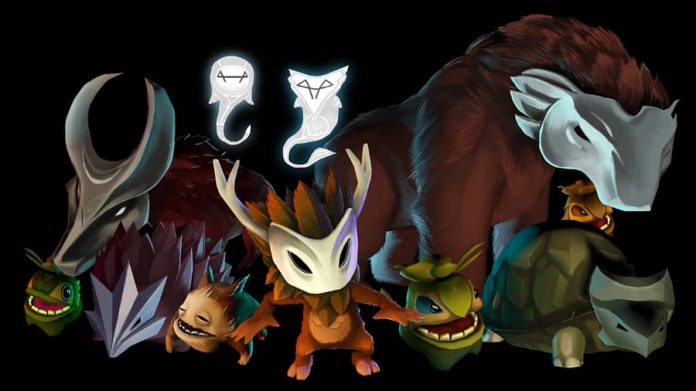 I might be able to forgive Forever Forest‘s repetitive grind, if only it actually had a story to tell.

Despite so heavily evoking primitive mythology, Forever Forest, an adventure game from Fictive Studio, offers no rhyme or reason to anything you find yourself doing. The reasons why you’re roaming around an ancient forest, devouring animals and stumbling upon ancient temples will forever remain a mystery.

It’s doubly baffling because the game’s charming pastel aesthetic cries out for a tale to tell.

Instead, you’re left to guide your bone-mask clad avatar around a procedurally-generated forest with no logic to your unending quest. Each of the zones is populated with various creatures – some hostile, some not. All are supposedly possessed (the one snippet of information the game gives you), and by slaughtering them you receive their masks which you can then use to upgrade your own abilities.

Each mask-dropping creature comes in three varieties: small, medium and murder-you-as-soon-as-look-at-you, and (barring deer) any creature you attack will attempt to gnaw your face off. Most, however, can be dispatched by waiting till they charge, stepping aside, then attacking them. There’s a strategic element to the upgrades since you’ll sometimes have to swap out one ability in order to use another. You can also temporarily boost your abilities by gathering fruits and other items scattered around the forest. 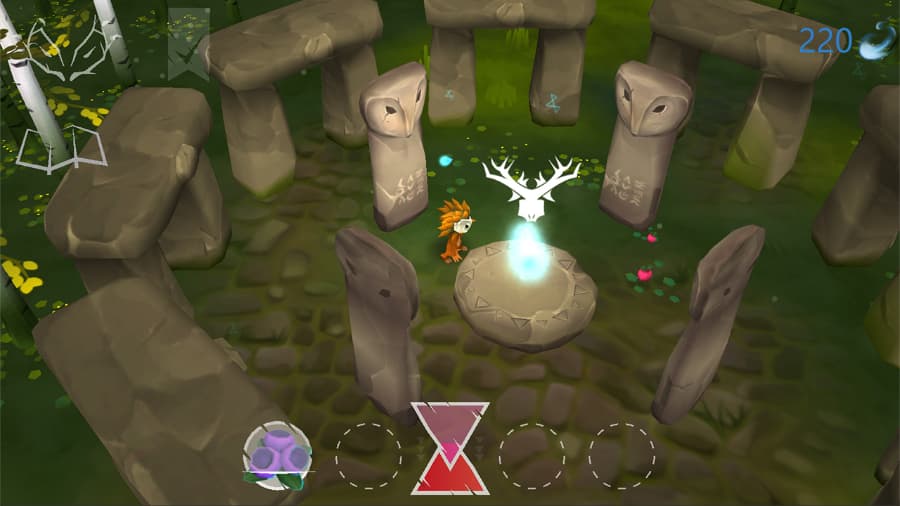 Matters are complicated a little by the fact that each new zone is shrouded in darkness, which can be dispelled by discovering an activating a Temple of Light. The latter is, initially, a satisfying endeavour, as you watch the entire zone become bathed in light. But after you’ve activated your fourth temple, having wandered aimlessly around the map in search of it, it becomes a real rigmarole. The further up the screen you wander, the stronger your enemies become, but the game’s core gameplay remains the same.

Perhaps, then, the game is designed to be played as a meditative experience? Both the game’s Switch Store description and the pleasingly chilled soundtrack suggest this. Yet the gameplay experience sorely suggests otherwise. Forever Forest incorporates a survival element that requires you to feed on berries and other, smaller animals, known as “critters”.

It’s not the first game to be hobbled by an over-demanding survival, mechanic but the system is so demanding that if you’ve not eaten in the last minute or two, your character’s health will tick down to nothing. Some critters will fight back but they’re still easily dispatched (with the same attack) and, because they provide you with more energy than berries, they’ll be your preferred food source. 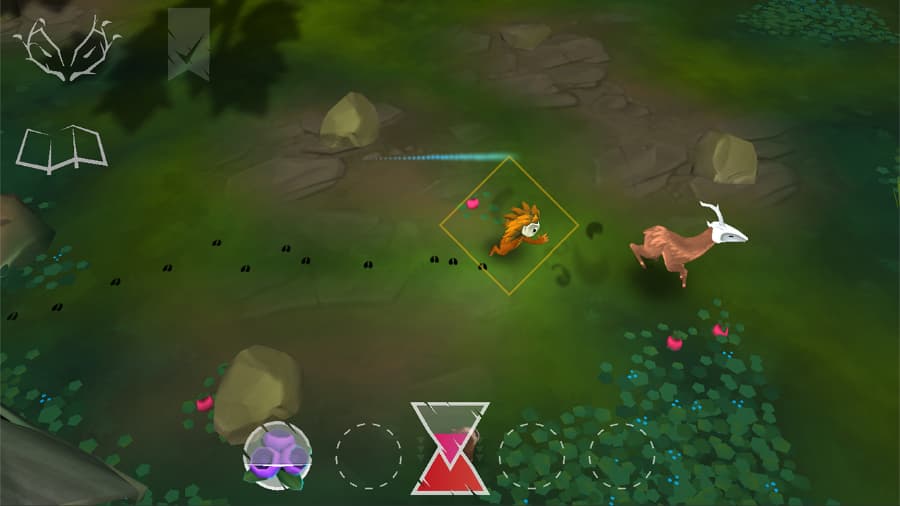 The game really misses a trick here in that there are no negative consequences for killing your fellow animals. Survival demands aside, you are assigned optional tasks but they’re disappointingly mundane. You’ll be asked to eat ten brown critters then, when you’ve done that, to eat ten blue critters, with no worthwhile reward.

Forever Forest feels like an early access game; it looks and sounds a treat but there’s disappointingly little joy to be had here. You’ll initially enjoy treading the game’s green spaces, and swapping your character’s mask out for a more impressive, and lethal, piece of headgear will raise a smile. But with no meaningful goal to power through the tedium towards – and since the game theoretically goes on forever – you’ll quickly lose interest. Lovely as it is to look at, Forever Forest leaves a lot to be desired. 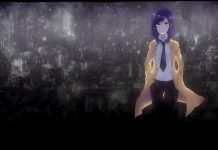