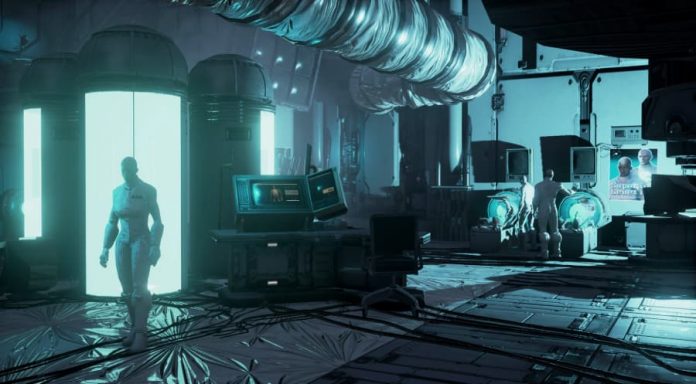 If there’s one thing I’ve learnt from playing Genesis Alpha One it’s that you can never have too many auto-turrets.

Sure, splicing spider DNA into my crew was fun, as was painting the whole ship pink. But neither of those things helped when a legion of alien enforcers poured into my ship and I was left cowering in the ventilation system. Suffice to say, it didn’t end well.

But dealing with intergalactic hazards is part and parcel of being a space miner, as the crew of Alien’s Nostromo would have told you if they weren’t nearly all dead. Genesis Alpha One has you roaming an alien galaxy in search of resources, which you can then use to expand your ship, allowing you to harvest even more resources.

It doesn’t sound like the most interesting life, but Genesis Alpha One’s daily mundanity works in its favour. You’ll settle into such a familiar routine that when something does go wrong it’s all the more jarring. You’ll get used to blasting skittering alien bugs, should you choose to accompany your crew of anonymous clones on their way to missions. But the first time you get back and discover that your ship has been infested in your absence, you’ll be panicking so much you won’t know what to do. 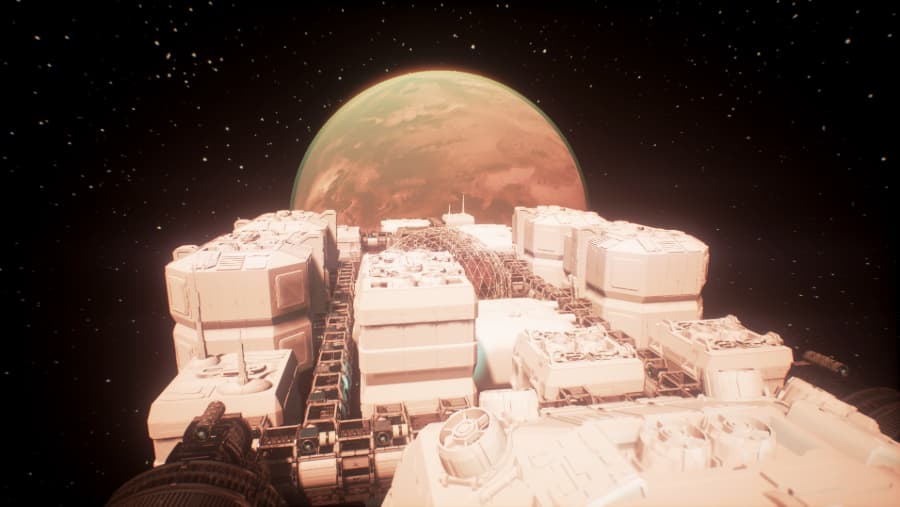 Genesis Alpha One features a permadeath mechanic meaning that, should your ship as a whole be destroyed, you’re back to square one. But not all the game’s hazards (some random, some not) are a result of alien incursions, though the game’s first person view ensures the terror is always in your face. Genesis Alpha One isn’t a game that holds your hand and, consequently, you have the freedom to really, really mess up.

At one point I decided that my ship, the USS Chuff McGinty, could easily handle the solar storms of a nearby system. Five minutes later, I was frantically dashing for the bridge, space-walking through destroyed sections as the ship started to explode around me. On another occasion, I flew a little too close to an occupied zone, resulting in the aforementioned alien enforcers attacking my ship. Genesis Alpha One gives you access to all manner of weaponry, but you’re no Doom Marine. If you find yourself up against 20 equally well-armed humanoid aliens (without having lined your ship with auto-turrets first), you are going to lose. 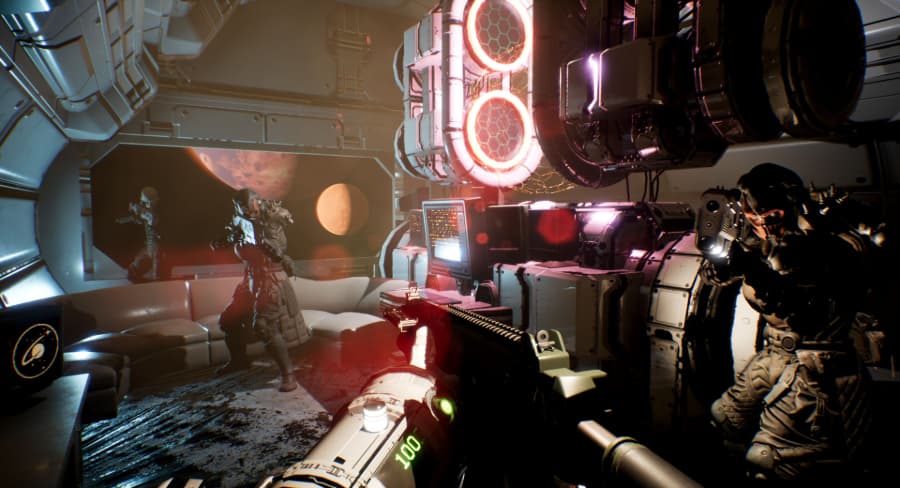 Planet-side, things are a little less impressive. Unlike the likes of No Man’s Sky, exploring planets is little more than a side activity here. The game’s graphics are hardly cutting edge and you’re restricted to a small area of each planet, none of which are particularly memorable. But, since your only reason to land on a planet is to mine resources and sometimes gather new technologies, the game happily lets you hand this task to your crew.

In fact, Genesis Alpha One lets you delegate many of the ship’s operations to your crew members, which is a welcome feature. While they’re extracting iron and copper from space debris, you can be expanding your ship or choosing your next interstellar destination. Should you die, you leap into the body of one of the clones (you can produce additional clones), making them your “lives”. Though the fact that they’re such an identical, uninteresting lot means you never get attached to them.

You’re far more likely to get attached to your ship. Like the Nostromo, your ship is a big, bulky beast, getting bigger and bulkier the more you rooms you add to it, and the more floors you create. There’s no ship-to-ship combat in Genesis Alpha One; instead, enemies teleport onto your ship, so it doesn’t have to be streamlined. But while it may not be pretty, it’s yours – at least until something horrible happens to it and your frozen corpse is left drifting in space. 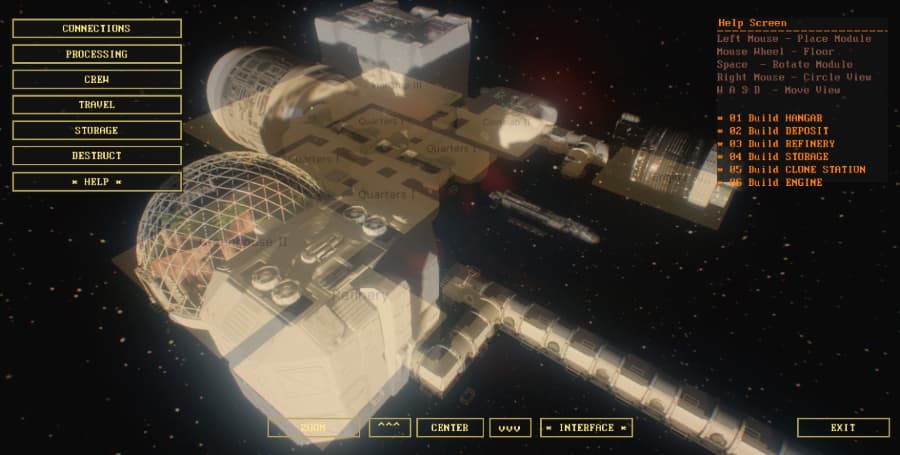 Unfortunately, though permadeath may work in more traditional roguelike games, here it feels out of place. Genesis Alpha One may have some veiled objective but the real joy of the game comes from building your mobile mining empire, fending off alien threats along the way. Yet, thanks to the permadeath mechanic, all that can be destroyed in a heartbeat. Technology you’ve discovered carries over, but you’re forced to rebuild your ship from scratch. Arguably this is true to life (or at least to cinema), but having all that taken away from you can be frustrating, especially since there’s a random element to the calamities you encounter. Having the ability to manually save your game would have done wonders for Genesis Alpha One.

Genesis Alpha One has more in common with Farming Simulator than No Man’s Sky, offering a more grounded take on exploration than most. The smattering of gunplay is enough to stop the game becoming a grind, but you’ll nevertheless find joy in the game’s moments of stillness. And it’s a testament to the game’s staying power that, even when your ship has been destroyed, you’ll come back for more. Just don’t go sticking your face in any oversized eggs.

Genesis Alpha One is available on PC, PS4 and Xbox One. We reviewed the Xbox One version.