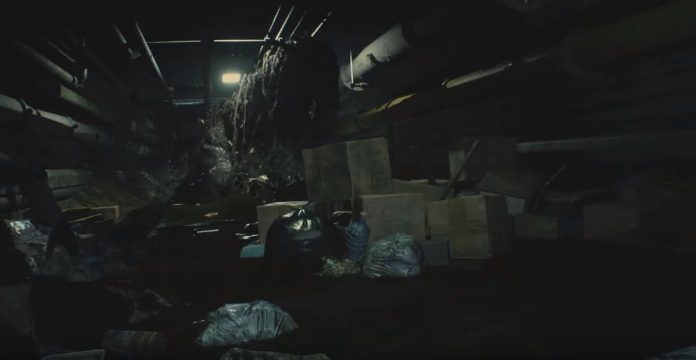 As it turns out, shambling zombie humans aren’t all you have to worry about in Resident Evil 2. Oh no: you’ll find yourself up against a giant alligator, too.

During the sewer section about half-way through the game when playing as Leon, you’ll find yourself falling into the path of a giant alligator. Or is it a giant crocodile? We’re not sure. Either way, it’s massive, it’s got a lot of teeth, and it’s hungry for your flesh.

Unfortunately, there’s no way to kill the monster croc during gameplay; you’ve just got to run. Here’s how to avoid the alligator’s attacks in Resident Evil 2.

For the short chase sequence, the camera will move in front of Leon, and you’ll be running towards the camera – classic chase sequence style. The giant alligator remains visible in the background, and paying close attention to how it moves will tell you when it’s about to attack.

It moves from side-to-side, attacking in a straight line, so try to keep Leon on the opposite side of the screen at all times. If the mega croc is charging up an attack on the left of the screen, ensure you move to the right as quickly as possible.

You’ll only have to dodge two or three attacks before the chase sequence is over, ending with a satisfyingly gory cutscene.

Don’t worry if you die; as long as you hit ‘continue’ you’ll restart from the beginning of the chase sequence so won’t lose any more than a minute or two’s progress. (Unless you’re playing on hardcore difficulty, where you’ll have to restart from your last manual save. Brutal.)

Have fun, and good luck avoiding that giant alligator in the Resident Evil 2 sewers!