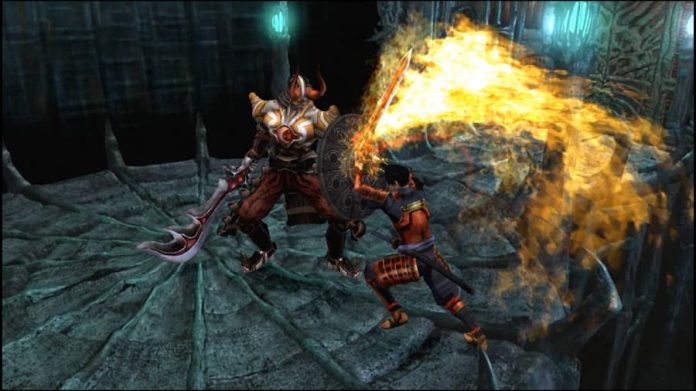 In Onimusha: Warlords, the Bishamon Sword is the best weapon you can get.

It’s not just given to you as you naturally progress through the game though; you have to earn it.

To obtain the Bishamon Sword, you first need to beat all 20 waves of the Dark Realm. You’re able to access the Dark Realm by visiting the strange old man who lives down the well in the West Area. You may also find him in the save room just as you enter the Keep. As you make your way through all 20 stages, defeating increasingly challenging enemies as you go, you’ll receive numerous rewards given to you in chests. On the 20th wave, you’ll find the Bishamon Ocarina.

With the Bishamon Ocarina in your inventory, you then need to continue your Onimusha: Warlords adventure until you’re near its conclusion. Eventually, you’ll obtain a Great Bow and a matching arrow that will enable you to access the Demon Realm. When you enter the Demon Realm, you’ll find yourself fighting Marcellus for the second time. Once he’s defeated, head through to the next room in which you can replenish your magic and save your game. Move around to the back wall before you leave, though, and you’ll find a strange-looking door which you can see below. 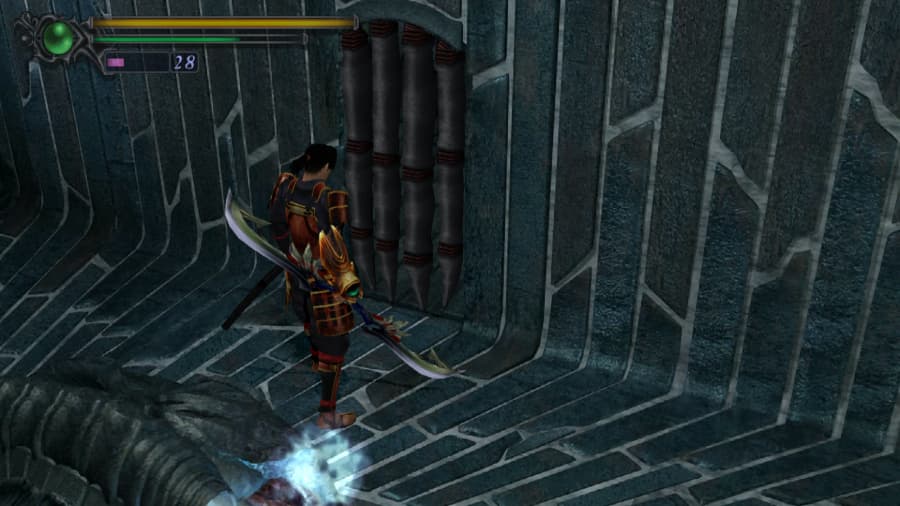 Using the Bishamon Ocarina in front of the strange door will open it, revealing a small room. And guess what’s in it? That’s right, the Bishamon Sword. Simply approach it and press the confirm button to take it. With the Bishamon Sword equipped, you’ll see that you no longer have magic points available. It doesn’t matter though, as pressing the magic attack button will allow you to use a powerful attack whenever you want. It pretty much kills most enemies in Onimusha: Warlords with just one hit. It’s just a shame you only get access to it so late in the game.

If you decide you don’t want to use the Bishamon Sword for some reason, simply head into the game’s menu and unequip it. 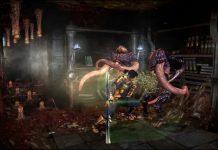