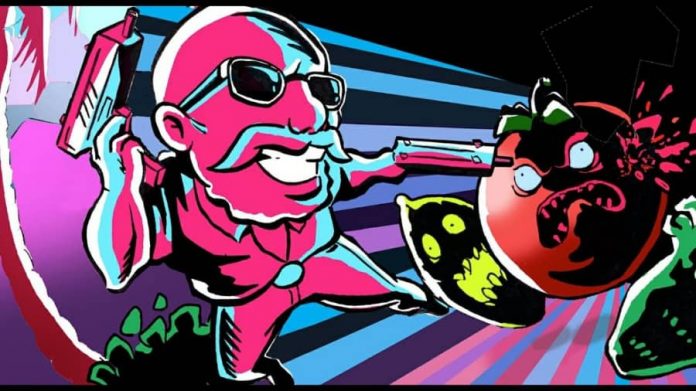 The Binding of Isaac meets every kids’ greatest foe in The Walking Vegetables.

The Walking Vegetables is a twin-stick shooter game from developer Still Running. In the game, your goal is to storm from city to city collecting loot such as guns, gold, gadgets and more, all while taking down the worst nightmare you’ve ever faced: undead veggies! Not only that, but the Alien Vegeneration Ray has affected the fruits as well, so close your eyes because there’s lemons threatening to squeeze their juices all over you.

It’s clear that the game was inspired by the 80s as the game is oozing with pop-culture references (there was a Ghostbusters one within the first ten seconds) and if you like that aesthetic then you’ll love all of the different stages. The game’s soundtrack will make you feel like you’re playing the game standing inside of an old arcade where Randy, the owner of the arcade, whose favourite band is Huey Lewis and the News, is eating his daily $5 Little Caesar’s pizza and belching behind you, wondering if you’ll actually beat his high score and also hoping that Trixie, his ex-wife, will call him back about his VHS copy of Return of the Killer Tomatoes he left at their old house. See? Killer tomatoes. I made that drawn-out little scene relevant somehow.

When it comes to gameplay, The Walking Vegetables is incredibly enjoyable for the first hour or so – until the difficulty starts to make you want to go buy all of the broccoli at the grocery store just so you can burn it in a sacrificial bonfire while screaming, “The power of Christ compels you!”. It plays much like a cross between The Binding of Isaac and Hotline Miami, but in a much more hectic fashion with waves of enemies coming for you constantly with rarely any moments of respite. 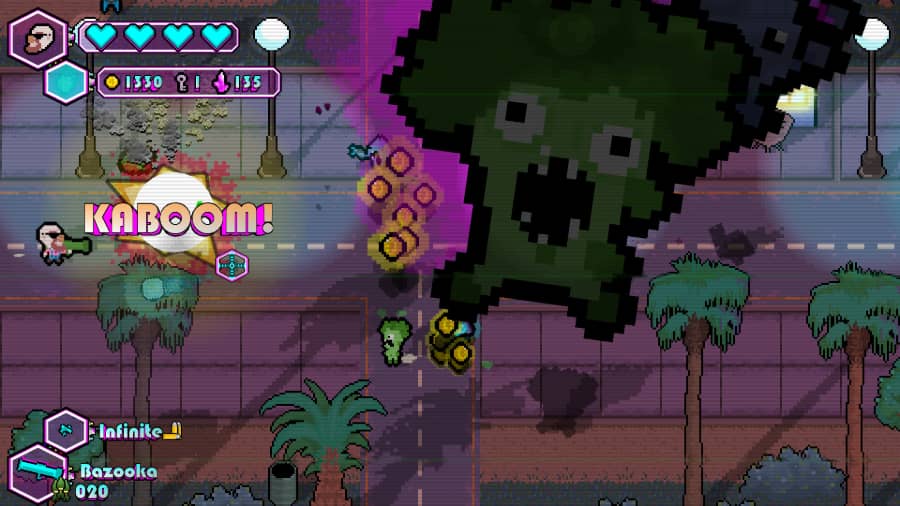 The Walking Vegetables is separated into three large zones with six bosses. With everything randomly generated, there’s no real way to prepare if you die because things will be different the next time around. As you gain more coins and do more runs of the levels, you’ll be able to level up your character with abilities that have fun names like Pulpinator and Akimbo. They make things a little easier, but not by much.

Then, if you hate yourself even more, you can invite a friend to play along with you in couch co-op mode. At least if you bring a friend you have someone else to blame your failure on.

So, I really enjoyed The Walking Vegetables, but I also hated it. It’s a fun concept, killer vegetables, one that will make your kids say, “I told you so” and will force them to swear off of those evil tiny green bushes forever, but its difficulty level has definitely discouraged me from going back to it. I personally request being given the option to play on super baby mode for those of us who want to enjoy the fun of the game without the frustration of dozens upon dozens of brutal deaths via veggie.