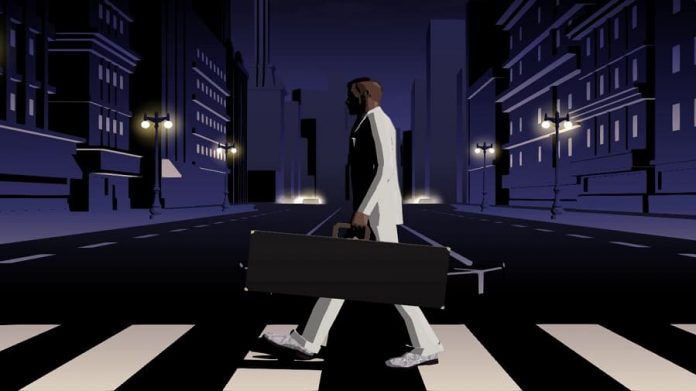 Released for Gamecube and PlayStation 2 in 2005, Killer7 is one of the most unusual games ever made. But then what would you expect from Goichi Suda, more commonly known as Suda51?

If there’s one thing I’ve learned over the years of playing video games, it’s that you don’t just play a Suda51 game, you experience it. Even the most commercial of his offerings leave you with something extra after you’ve finished them, such as No More Heroes, Lollipop Chainsaw and Shadows of the Damned. They’re nothing special mechanically, but they always have a certain something that makes them stand out. They remain in your mind long after you’ve put the controller down.

It’s this unquantifiable quality that draws a certain type of gamer to each end every release that he adds his personal touch to. They know that when they pick up a Suda51 game they’re in for a wild and unpredictable ride, one that is guaranteed to shock and surprise them. It’ll also probably be rough around the edges, sure, but that’s a small price to pay to experience something tainted with a little bit of madness. A madness that draws you in and keeps you gripped until everything is over.

Now available on PC, Killer7 is perhaps one of the maddest titles Suda51 has ever created. It’s an assault on the senses with unique visual and sound design that is often simply horrible. Grotesque enemies with huge grins announce their presence with disconcerting chuckles before making heading straight at you, blowing themselves up if you’re incapable of bringing them down in time. Well-aimed shots with a plethora of firearms will remove limbs, slowing down their progress, while making use of weakpoints can instantly turn them into a bloody silhouette. And that’s something you really want to do, because blood is good. 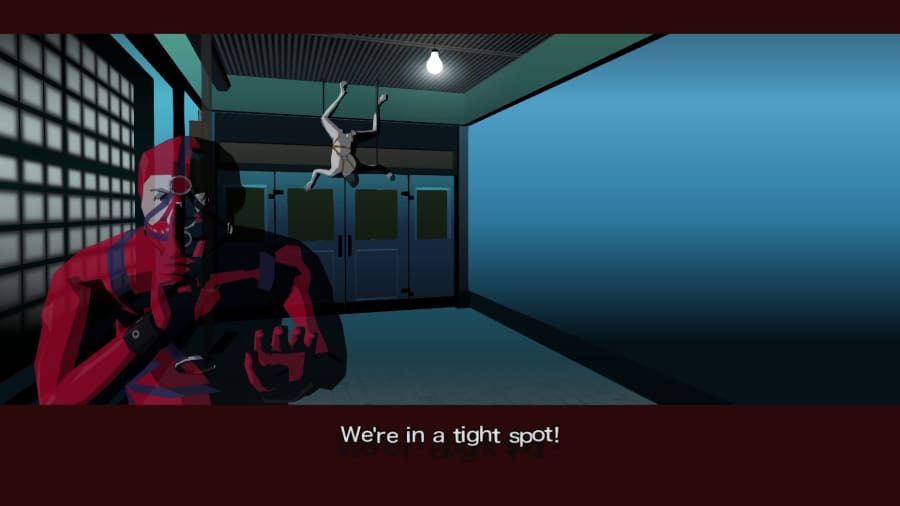 As Killer7, a group of seven personas led by the elderly assassin Harman Smith, blood is required to thrive. Being skillful with your shots will reward you with more blood, and by visiting a restroom you can turn the thick blood you’ve collected into serum bottles. They can then be used to power up each persona’s core skills and unlock new abilities. As well as thick blood, thin blood is also collected which can be used to recover health and use certain abilities. Needless to say, blood really is a valuable commodity in Killer7, which makes acquiring it essential.

It’s not always that easy though. With its very unconventional control scheme, you’re likely to find yourself getting blown up often, especially while you’re still learning the ropes. Your adventure throughout Killer7 is essentially on rails, meaning that you can do very little to avoid enemy attacks when you find yourself surprised, overwhelmed or unprepared. Entering a room, for example, you might hear the telltale laugh of an enemy alerting you to their presence. You decide to stay still, raise your gun which takes you into a first-person viewpoint, and then scan for enemies (they’re not visible until you do so). If the room is free of clutter, chances are they’ll be revealed and you’ll have plenty of time to deal with them before they reach you. 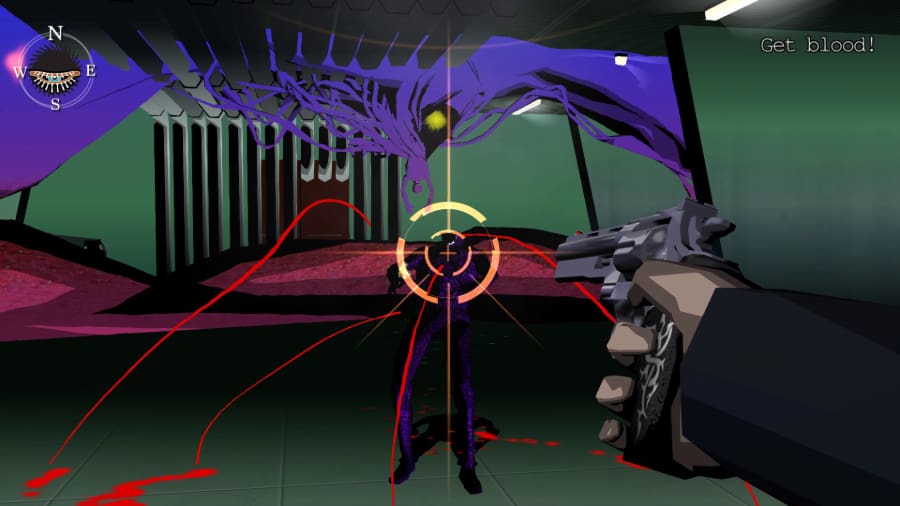 Things get more problematic when you find yourself in enclosed areas, or those that provide corners for enemies to hide around. A seemingly quiet walk down a corridor can quickly turn sour when an enemy appears from a doorway, for example, and turning a corner in a hallway to come face to face with a monstrous suicide bomber is always likely to catch you off guard. You can turn around with the push of a button in an attempt to quickly run away and put some distance between you and your enemy, but the laboriousness of doing so means it’s rarely a real option. Though even if you do find yourself succumbing to your enemies attacks, death doesn’t necessarily mean a game over.

When one of your Killer7 personas falls, you’re placed in the shoes of Garcian Smith. Not particularly effective in combat, his role is to recover the remains of the persona who has just fallen, thereby allowing you to resuscitate them and continue your adventure. Though if he should fall in combat, it is indeed Game Over. Not that it’s a massive issue: you just simply reload your last save. As such, Killer7 is a hard game to truly master, but its difficulty never feels like it’s pitched too high for anyone to enjoy it. 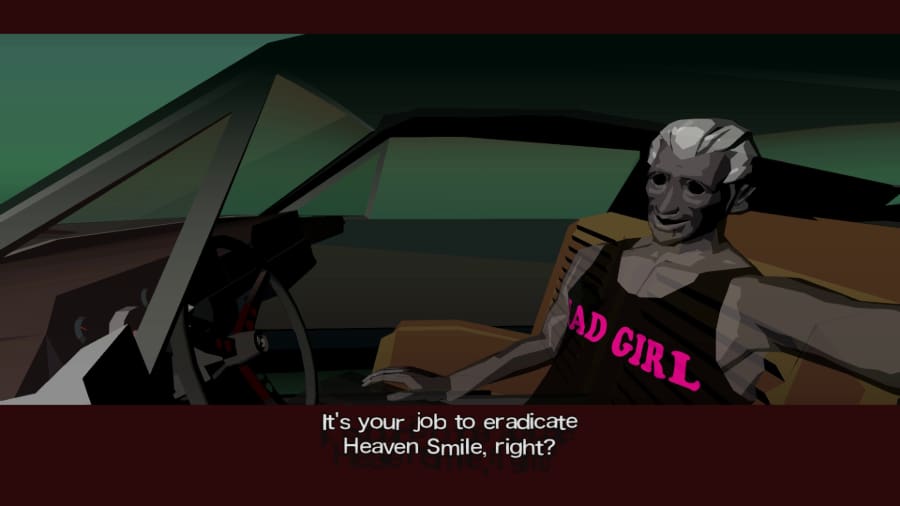 More troublesome than its combat difficulty, initially at least, is Killer7‘s failure to explain each of its personas’ special abilities to you. You start each one of Killer7‘s levels with a selection of personas available which you can switch between at any time by entering a menu, the remainder being unlocked as you kill enemies. Many obstacles you encounter will require you to use a particular persona’s special ability, but the game does a very poor job of explaining that at the outset, and an even worse job of explaining what each persona’s special ability is. And this is despite the game having a variety of tutorials available to peruse.

You’ll probably breeze through Killer7‘s rudimentary puzzles as they’re presented before you, but become faced with a padlocked door or a cracked wall and you’ll probably be at a loss as to what to do until you turn to Google. Once you’ve figured out what each persona is capable of though, it’s no longer an issue; you get into Killer7‘s way of thinking and things become simpler from thereon. Although saying that, each of the bosses you encounter throughout the game also throw up their own conundrum. Simply filling them with bullets willy-nilly is rarely the answer.

Perhaps the hardest thing to get your head around though, is Killer7‘s complex story. Politically driven, it places you between the power struggle of two Japanese parties and the US, which has a vested interest in who emerges victorious. But honestly, you don’t need to fully understand Killer7‘s story to enjoy what it has to offer; its outlandish enemies and general surrealism keeps you glued to your seat from beginning to end, which is likely to take just over 12 hours. And if you want more there are unlockable modes to dive into. 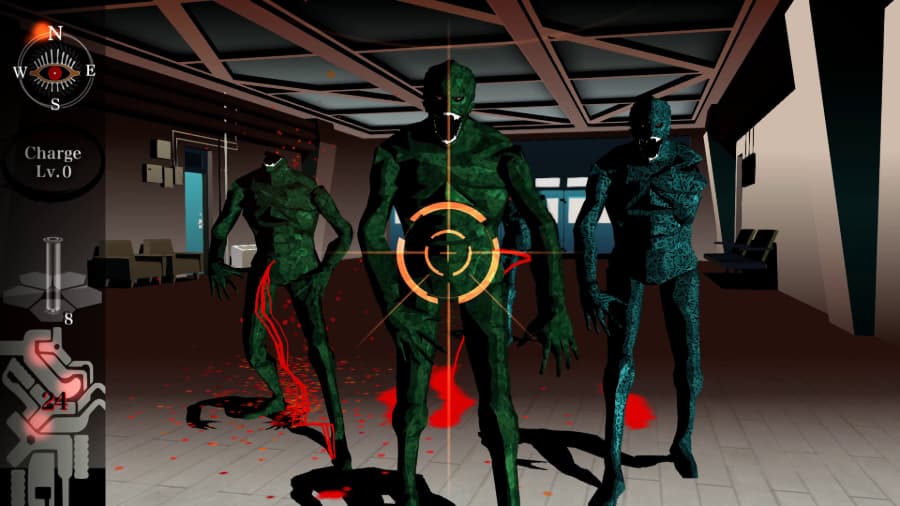 This PC port of Killer7 is not only very much welcome, but also of a high standard, too. Performance is pretty solid, and the unique nature of the game’s visuals means that it still looks very striking without much being done to it. There’s only one real problem with it at this current moment in time – you can’t change the game’s resolution; it simply plays at your current desktop resolution and that’s it. Like many of the game’s issues, however, it’s likely to be addressed in a future patch, just like how English subtitles have recently been added.

For anyone that is keen to experience Killer7 and doesn’t want to fish out an old Gamecube or PlayStation 2, this PC port is essential. And so too is it for those who want to re-experience the game. It brings a classic back to life in a wonderful way. But Killer7 is still not a game for everybody. Many will find it just too weird to truly enjoy, and will become frustrated by its unintuitive control scheme. Truly, Killer7 is a mad piece of work, and embracing it doesn’t come all that easily. Those who do open their arms for it though, will find themselves in for one hell of a wild ride.

Killer7 is available now on PC. 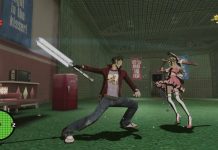 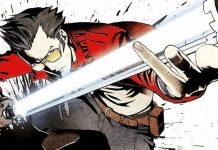 No More Heroes 3 Has Been Delayed Until 2021 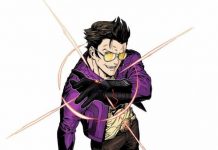 Travis Strikes Again: No More Heroes is Coming to PC and PS4