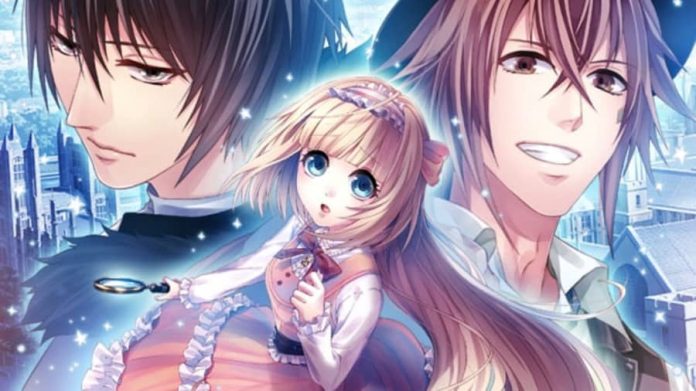 There’s nothing quite like a hunka hunka burnin’ mystery… er, I mean love, on these cold winter nights.

It’s no secret that I’m a fan of visual novels that focus heavily on romancing the main characters. There’s something compelling about having to make very particular decisions in order to woo attractive anime men. When I was given the opportunity to pick up London Detective Mysteria, I was excited to try a new adventure to hone my flirting skills. And this particular story allows you to romance actual characters from real life and famous works of fiction.

London Detective Mysteria is a mystery visual novel from Karin Entertainment based in 19th Century London that tells the story of Lady Emily Whitley days before she is meant to be coming out to society. Things don’t go quite as planned when the Queen’s precious cat goes missing from a celebration at Buckingham Palace, setting forth a chain of events that derail Emily from her destiny.

After meeting the sons of Sherlock Holmes and Dr. John Watson, Emily, having a curious side, follows the boys and eavesdrops on a conversation with them and Queen Victoria. After being discovered, the Queen asks Emily to assist the boys in finding her cat explaining that she used to have a close relationship with Emily’s dead mother and therefore has a special place in her heart for Emily. After successfully finding the cat, mostly due to Emily’s quick thinking, the Queen bestows upon her a Detective Ring, making Emily an arrangement to join the prestigious Harrington Academy where she will train to become a detective. 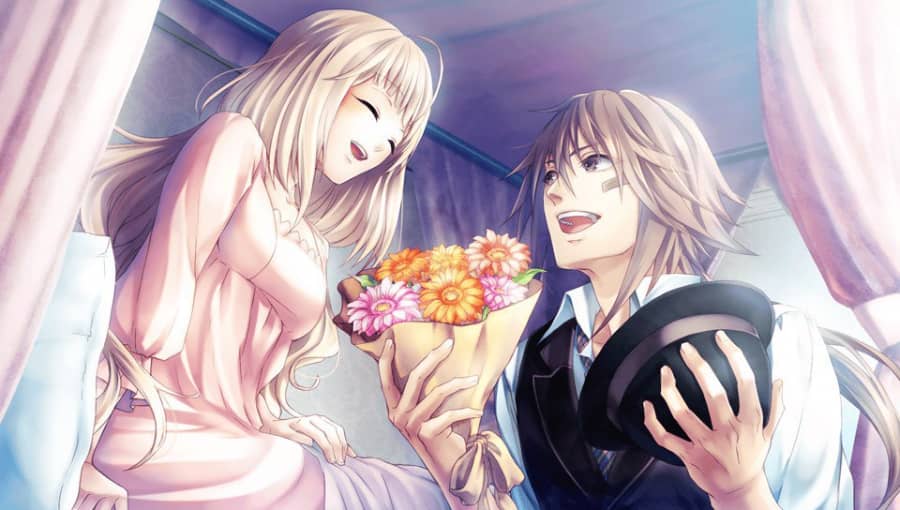 Harrington Academy is where the story really kicks off and you first begin to take on small missions, and more importantly pick your suitor. The characters that you can romance include Sherlock Holmes, William H. Watson, John Lupine, Kenichirou Akechi and Jack Millers (Jack the Ripper). Together with her classmates, Emily solves many mysteries in school while ultimately trying to find answers to the biggest unsolved case in her life, the unexpected murder of her parents when she was young.

Since it’s a visual novel, the majority of London Detective Mysteria’s gameplay is clicking through dialogue, but occasionally you’ll be faced with some difficult choices. Each choice will affect how Emily responds to certain situations and who she ultimately decides to romance. It can be pretty obvious which choices you need to make when you decide who you like the most, so there isn’t a lot of challenge in picking the right ones – but it’s still fun to see how the story changes depending on the decisions you make. And although I haven’t played through each available romance option yet, I will say that the ones I’ve completed are all different from one another once you get past the introduction chapters. They all seem to unique in their own way as you follow on into learning more about each boy’s past. Each of the romances are sweet and funny and are sure to make even the most cynical person feel at least a little warm inside.

During the first half of the game, players will find themselves solving many short mysteries, some interesting, some dull, but it isn’t until towards the end of the game that things begin to take on a different turn. The death of Emily’s parents is seemingly at the forefront of the second half of the game, but even then the story does not go quite far enough. Yes, the game is meant to focus on Emily and her love interest(s), but it also briefly covers the mystery that gets mentioned all throughout the game – her parents – only for the issue to wrap up a bit disappointingly. That particular plot line felt more like a concept idea that wasn’t given enough time to develop because the writers kept getting distracted by the cute boys. But who can blame them? 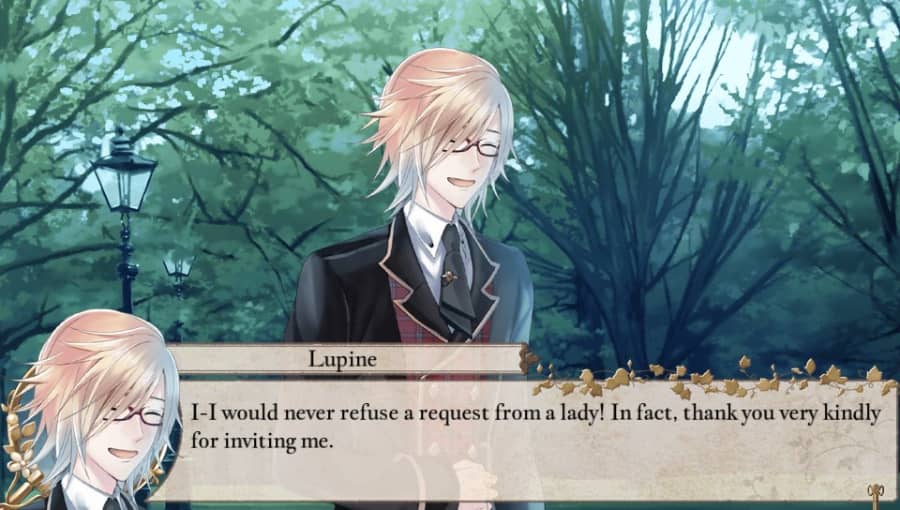 If you’ve never played a visual novel before you may be wondering what would motivate you to play through London Detective Mysteria more than oncen – especially since you don’t get options to romance certain characters until four or five chapters into the story. There are a few options for you! If you’d like to skip quickly past dialogue you’ve read before, there is an option for that; you can essentially fast forward to get to the decisions quicker. And if you want to skip whole chapters, you can create your own save files to do so. Unfortunately, the game won’t do it for you automatically or give you the option when you finish the game. It’s a bit inconvenient, much like not being to look back at dialogue more than a few lines previously if you’ve forgotten something or need a refresher.

London Detective Mysteria is a perfectly good visual novel that I’ll definitely be going back to so I can romance each and every one of the available hunks. Its 19th Century setting feels authentic and well thought out, while its story outside of the romances feels a bit stale and underdeveloped. It has pretty big setbacks, but its many small redeeming factors – the art style, the voice acting, the setting, and of course the boys – are sure to inspire a cult following.

London Detective Mysteria is available on PC and PS Vita. We reviewed the PS Vita version.