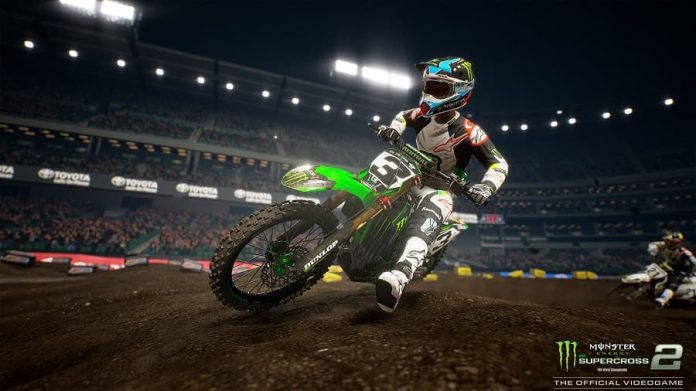 Set for release on 8th February for PS4, Xbox One, Switch and PC, a new trailer has just been released for Milestone’s Monster Energy Supercross 2.

Showing off new gameplay footage, Monster Energy Supercross 2‘s Championship trailer gives potential purchasers a little taste of what lies in store for them upon release. Give it a watch below.

Arriving just under a year after its predecessor, which we awarded a worthy 7/10, Monster Energy Supercross 2 promises improved gameplay, as well as a renewed career mode, additional training compounds, and an enhanced track editor. Hopefully, then, it’ll prove to be an impressive follow-up.

If you’re keen to play Monster Energy Supercross 2, you might be pleased to hear that preorder bonuses have been announced, too. Two official Thor full gears await those who preorder, complete with suit, helmet, goggles and boots.