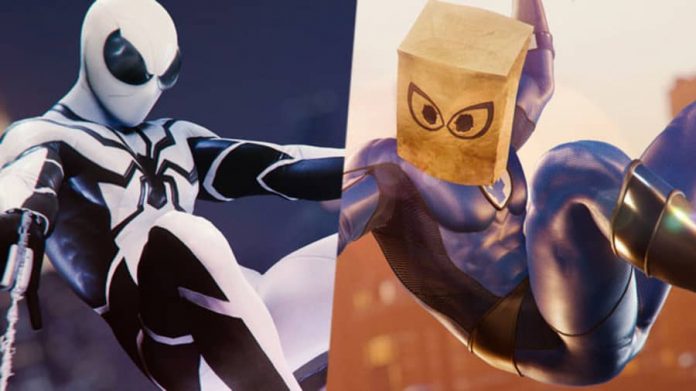 If you don’t think Peter was quite fashionable enough with his flaming skull or mohawk, players now have another two options for their Spider-Man.

The suits were added to the game as Marvel’s week-long Fantastic Four Celebration.

The first outfit is the black and white Future Foundation outfit and the other is the lovely Bombastic-Man suit which is simply a Fantastic Four suit but Peter wears a bag over his head.

Haven’t gotten a chance to play Marvel’s Spider-Man yet? Pick it up on Amazon.