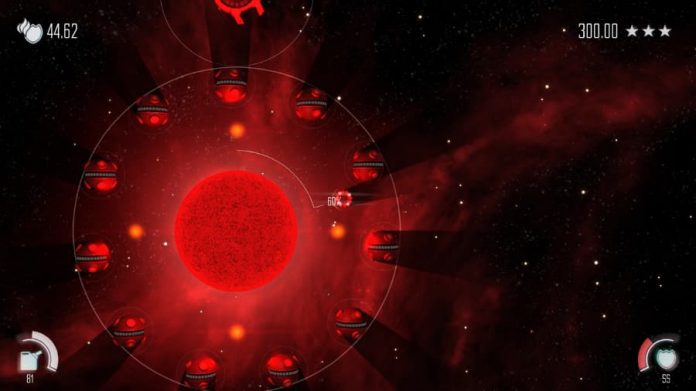 If you like your puzzle games fused with a bit of action, you might just take a shine to Solar Flux. Even more so if you dig its space aesthetic.

Originally released in 2013 for PC, Solar Flux has now been ported to Nintendo Switch in the hope that it will find itself a new audience. Challenging you to stabilise dying suns in 80 levels spread across four galaxies, not only does it tax your brain as you try to work out the best solution to each conundrum thrown your way, but also your ability to control your ship.

As you move from one level to the next, you’ll come face to face with one or more suns that are in need of either heating up or cooling down. Often their temperature won’t stay constant, requiring you to act fast in order to save them. With that in mind, you’ll need to efficiently collect plasma that is strewn across the area, and then fire it into any suns that are present to make them safe again.

With your ship’s fuel supplies being limited, and your shield only being able to withstand so much heat, completing your task can be very challenging. You need to make use of orbiting where possible, taking advantage of gravity to effortlessly move around a star or planet before firing up your thrusters to be on your way again. Shooting plasma into a sun also results in a wave of energy being emitted that can be of use to your navigational endeavours. Depending on what you’re being judged on in any given level – completion time, fuel usage, or shield depletion – you’ll need to make optimal use of your environment to attain the maximum award of three stars. 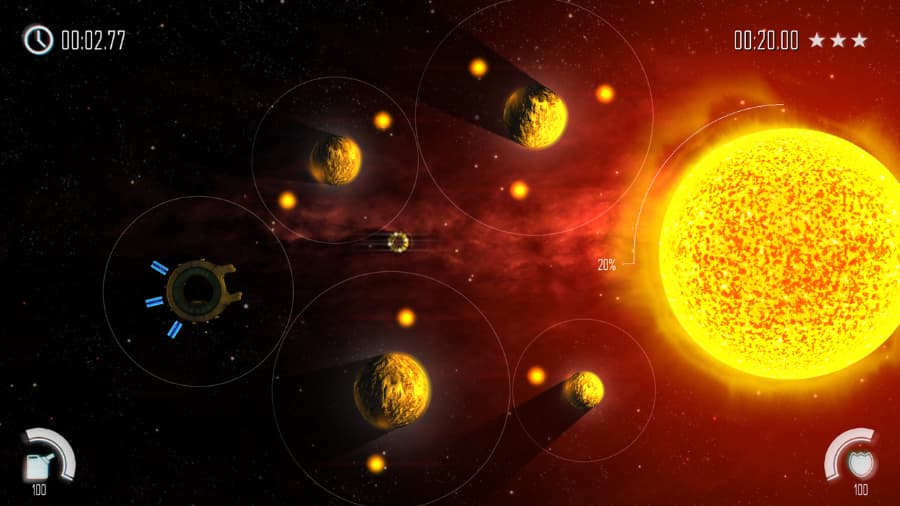 After a small number of tutorial levels, Solar Flux doesn’t waste any time before it truly tests your capabilities. You’ll complete most of its earlier levels pretty easily, but perhaps with only one star. Getting three stars on the majority of levels is insanely tough from the outset, but many players are likely to see that as a gauntlet being thrown down at them. And for those players, Solar Flux might prove to be an enjoyable adversary. For many others, though, its harshness might just turn them off.

Eventually there is a whole manner of obstacles to overcome – asteroids, mines and black holes included – but the biggest challenge in Solar Flux on Switch is mastering its controls. While on PC you can use a mouse or a controller to guide your ship and shoot plasma, on Switch, everything has to be done via the touchscreen. This is despite the game’s listing on the store stating otherwise. Plop the Switch into its dock and boot up Solar Flux and you can’t do anything with either a Pro controller or a couple of Joy-Cons other than quit back to the home menu.

It wouldn’t be so bad if playing with the touch screen was particularly intuitive, but it’s not. Solar Flux is a game that requires finesse and accuracy when aiming to get three stars on any given level, and the touch controls just aren’t up to scratch for that purpose. Also, your hands and fingers often obscure the action as you play. 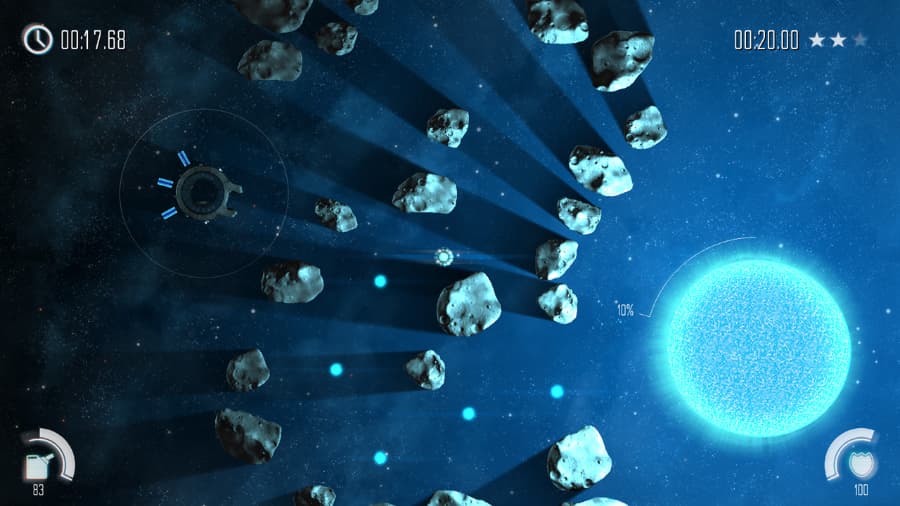 A lack of online leaderboards is also a bit disappointing. While slaving away at the game to get three stars on any given level can be fun, it’s a shame you can’t see how your efforts stack up against your friends’, or indeed, the rest of the world. It’ll take you an age to get three stars on every one of Solar Flux‘s levels, but once you’ve done so, there’s little reason to go back.

If, like me, you primarily use your Switch as a handheld device, it’s fairly easy to overlook Solar Flux‘s touchscreen-only controls and still have plenty of fun with it. It looks quite nice, has a soothing ambience about it, and it’s rather cheap (£7.79/$9.99). It’s just a shame that using a controller isn’t an option, and that long-term competition is limited. If developer/publisher Firebrand Games had gone the extra mile to implement such features, Solar Flux would have been much more of a compelling purchase.

Solar Flux is available on Switch and PC. We reviewed the Switch version.