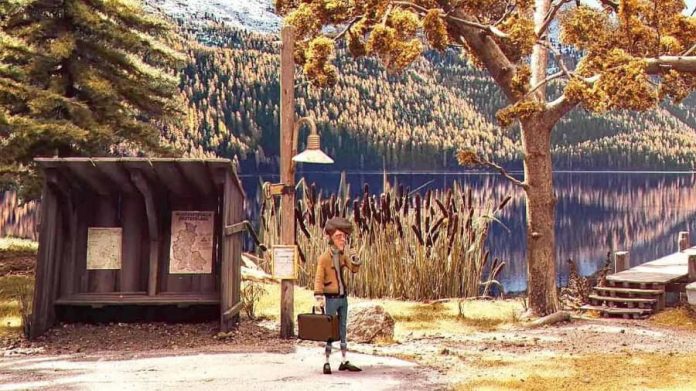 After an extremely successful Kickstarter, players are finally getting a good first look at the upcoming adventure game Trüberbrook.

Trüberbrook is set in an alternate universe version of the 1960s. You take on the role of American physicist Tannhauser as he explores the small town of Trüberbrook, meeting its charming but strange inhabitants along the way. When weird things start to happen you must solve puzzles to find out what’s really going on in the little town.

Trüberbrook’s Kickstarter was met in only 30 hours, amassing $250,000. The game features a highly unique visual style wherein all game scenarios were built into miniature models and then captured via photogrammetry.

As Trüberbrook’s development continues, it’s been revealed that the retail versions for PlayStation 4 and Nintendo Switch will include a 24-page long travel booklet to go along with the game. The booklet will include an overview for the resort town plus a small map of the area, interesting places, tips for accommodation, and Who is Who: introducing Trüberbrook’s villagers.

Trüberbrook is set to release on March 19. Check out its new Nintendo Switch trailer below.