Originally released in 2008 for the Xbox 360, Tales of Vesperia is regarded as one of the best games in the Tales series.

While the Xbox 360 version of the game was made available worldwide, however, the PS3 port of the game – arriving a year later with a whole host of additional content – never made it out of Japan. Well, until now. Further enhanced, Tales of Vesperia: Definitive Edition brings the expanded version of the game to the west for the first time. And whether you own a PS4, Xbox One, Switch or PC, you can play it.

Following Yuri Lowell, a hero who’s rough around the edges but harbours a kind heart, Tales of Vesperia has you heading out on an adventure to retrieve a valuable power source from a pesky thief. Though of course, being a JRPG, things soon become much more complicated. Over the course of at least 50 hours, you’ll acquire the companionship of many party members – each with their own reasons for travelling with you – and eventually the story expands to become one of those clichéd “an evil villain wants to remake the world” affairs.

Honestly, Tales of Vesperia‘s story feels a little drawn out at times. You often feel like you’re not getting anywhere fast, especially in the early hours of the game. Ultimately though, there are enough twists and turns to keep your attention until the end, especially if you do find yourself getting invested in the game’s characters. And that’s easier than ever to do since pretty much all of the game is now voiced, and you have the choice of English or Japanese dialogue to boot. 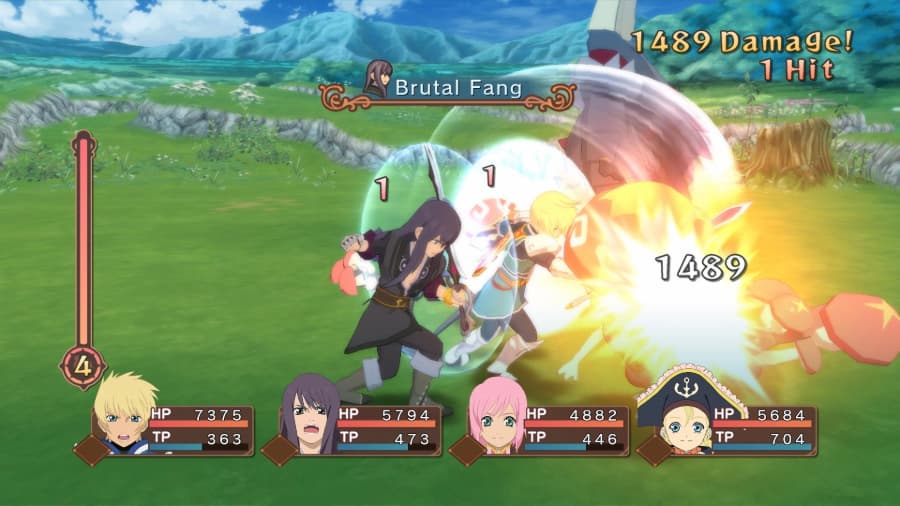 Full voice acting is just one of the features that makes this the Definitive Edition of Tales of Vesperia, but those who have previously played the game on Xbox 360 will also be pleased to discover the new content that has been added. From additional quests to remodelled environments, this version of Tales of Vesperia is a much more feature and content-rich package than when it was first released; there are even two new playable characters. And everything is woven in so well that unless you’ve played the game in its original state, you won’t really know what’s new and what’s not.

Unfortunately, there’s one key area where Tales of Vesperia now feels particularly dated, and I’m not talking about its visuals, which actually hold up pretty well to today’s standards when upscaled. No, the problem is the game’s combat system. Tales of Vesperia, like all Tales games, uses a real-time combat system that aims to keep combat fast-paced and exciting. Now ten years old though, it feels rather clunky. There’s quite a delay between you pressing a button and an action being performed, for instance, and your inability to move freely in and out of the screen unless you hold down a button is irksome.

More recent Tales titles such as Tales of Beseria have spoilt us with their totally free movement and more responsive controls, taking some shine off Tales of Vesperia. Though don’t get me wrong, it doesn’t mean that Tales of Vesperia is now a bad game, it’s just not as enjoyable to play as it once was. Combat is now something you often feel like you just have to endure rather than take delight in, but thanks to a steady stream of Artes being unlocked for use and a wide range of equipment for you to acquire it’s not all bad. And if the many fights you’ll inevitably find yourself getting into do wear you down, you can always change the difficulty setting to Easy and just breeze through any challenge thrown your way. 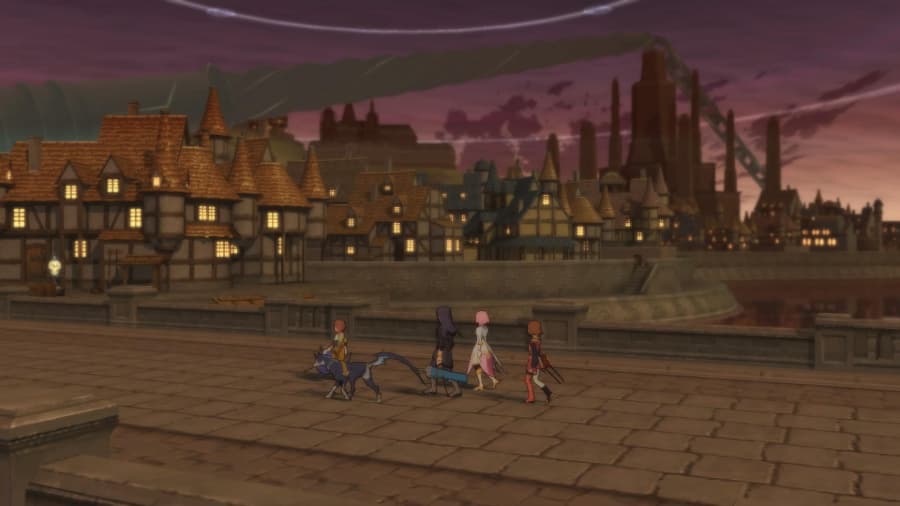 Tales of Vesperia: Definitive Edition may feel dated in some regards, but it’s a classic JRPG that still ticks many of the boxes that fans salivate over. It has equipment that increases your stats, a crafting system, levelling up, skills, Artes, an overworld; it’s a good old-fashioned RPG, the likes of which aren’t all that common anymore. It’s not a deal-breaker that work hasn’t been done to make it a little more modern, it’s just a shame. There’s no quick save system in place, for example, allowing you to leave your game on a whim while exploring a dungeon. And if you are new to the game, you’ll occasionally find yourself at a loss at to where to go next to continue the game’s story, especially if you haven’t been paying attention or have taken a break from the game for a while.

What was once great then, is now simply good on the balance of things. Tales of Vesperia: Definitive Edition‘s story can still firmly hold your attention despite the occasional lull, and there’s enough content to keep any JRPG fan happy. But the combat will remind you that this is a game not of this age; it’s still functional, just no longer particularly enjoyable. Let’s not forget the game’s biggest draw for Tales fans though: fully voiced dialogue and the chance to get to grips with content that previously hasn’t been available in the west. Those certainly don’t disappoint. This is indeed the Definitive Edition of Tales of Vesperia, just don’t expect it to blow your socks off like it once did, that’s all.

Tales of Vesperia: Definitive Edition is available on PS4, Xbox One Switch and PC. We reviewed the Xbox One version.