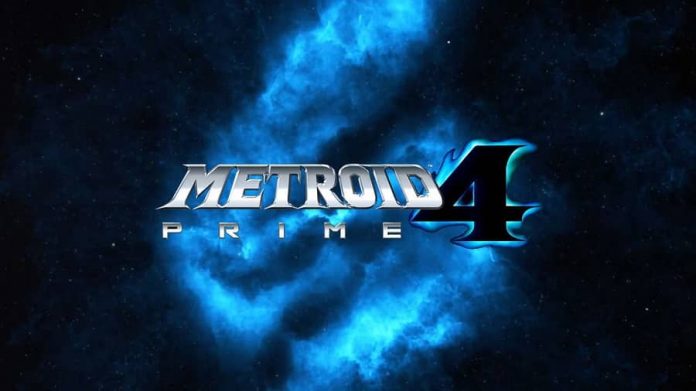 Metroid Prime 4 news? We’ve been waiting a while for some, but the latest announcement might not be quite what fans have been hoping to hear.

We’ve been waiting a while to hear something about the upcoming Metroid Prime 4 on Nintendo Switch, and today Nintendo has just released a video with the latest update. Nintendo’s senior management executive office, Shinya Takahashi, delivers an update on the development of the game in a video uploaded to Nintendo’s YouTube channel.

Nintendo has decided that the current development of Metroid Prime 4 isn’t meeting its projected standards, so has made the touch decision to scrap everything worked on so far. Development is being completely restarted from scratch. Producer Kensuke Tanabe will be working alongside Retro Studios – the American development company that worked on previous Metroid Prime titles – in developing the game. But it means the ETA for the game is now way into the future.

“Hello everyone, I am Shinya Takahashi, and I’m responsible for development at Nintendo. Thank you so much for playing Nintendo games. I wanted to speak with you today give you an update on Metroid Prime 4, the newest title in the Metroid Prime series. We deeply understand the high anticipation that Metroid Prime series fans have for this title. We have felt it especially from the passion words from fans we heard when we first announced this title at E3 the year before last. Ever since the announcement, we have not been able to give you an update, but as a result of the continuing development since that time – although this is very regrettable – we must let you know that the current development progress has not reached the standards we seek in a sequel to the Metroid Prime series.

Nintendo also strives for the highest quality in games, and in the development phase, we challenge ourselves and confront whether the game is living up to that quality on a daily basis. If we’re not satisfied with the quality, we aren’t able to deliver it to our customers with confidence, and the game will not live up to our fans’ expectations.

From this perspective, we have determined that the current development status of the game is very challenged, and we had to make a difficult decision as a development team. We have decided to re-examine the development structure itself and change it.

Specifically, we decided to have the producer, Kensuke Tanabe, work in trust and collaboration with the studio that developed the original Metroid Prime series, Retro Studios in the United States, and restart development from the beginning. By collaborating and developing with Retro Studios, we believe we can make this game something that will meet our fans’ expectations.

We did not make this decision lightly. This change will essentially mean restarting development from the beginning so the completion of the game will be delayed from our initial internal plan. We strongly recognise that this delay will come as a disappointment to the many fans who have been looking forward to the launch of Metroid Prime 4. I’d like to extend my deepest, heart-felt apologies to everyone that the launch will be delayed. It will be a long road until the next time we will be able to update you on the development progress and development time will be extensive. However, we will continue developing the game so that when it is completed, it will stand shoulder to shoulder with the past Metroid Prime series titles.

On behalf of Nintendo and Retro Studios, I sincerely appreciate your understanding. Thank you very much.