I’m not quite sure of what to do, shall I tell you a tale of a golden poo?

Okay, I promise the rhymes in the game are much better. Well, they’re a little better. The Pepper Prince: Seasoning 1 has just released its first episode, titled Red Hot Chili Wedding.

The episode only takes about 45 minutes to an hour to complete and is done completely in ASCII (American Stand Code for Information Interchange). If that’s gibberish to you like it was to me, it means the entire game is made up of a series of numbers, letters, and symbols you can find on a keyboard. Each of these symbols is put together is such a way that they make pictures and settings to play with.

In this instance, those 128 characters have been used to create a cute little game about the Pepper Prince who is due to be married. You, the son or daughter of the local baker, are tasked with gathering up all of the ingredients for the wedding cake.

It’s not as simple as just finding the ingredients, though; each person that you need something from needs something in return. It’s a game of fetch quests – but there’s still some fun to be had. 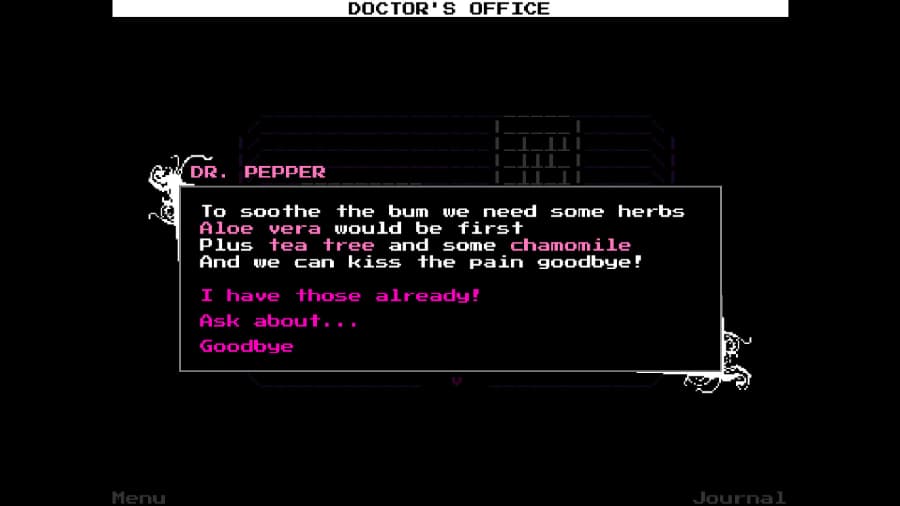 The delivery of the quests is the most entertaining part of The Pepper Prince as you get to meet a load of funny characters who all talk in rhyme. You want to talk to everyone because there may be someone to give you a hint about where to find an ingredient. For example, when you first meet the character Goldass – a magical donkey – he says:

“Hello Hansel. How are you? I am sore from golden poo.”

Conveniently enough, you need gold for your cake and you’re totally fine with gold that’s been shat out. But in order to get Goldass to help you, you’ve got to find him some bum cream for his aching behind.

It’s all quite well done, although having to do eight million things to get just one ingredient gets old after about the first twenty minutes. Hopefully, in future episodes there is something more than a few dozen fetch quests. Real puzzles would definitely round out what’s already being done well.

The Pepper Prince: Red Hot Chili Wedding is a good start to Seasoning 1, and I look forward to seeing how things change in the future. It’s soundtrack is fantastic and the ASCII is done nicely. At $2.99/£2.99 per episode (or £8.48/$8.48 for the full season), its definitely worth picking up.