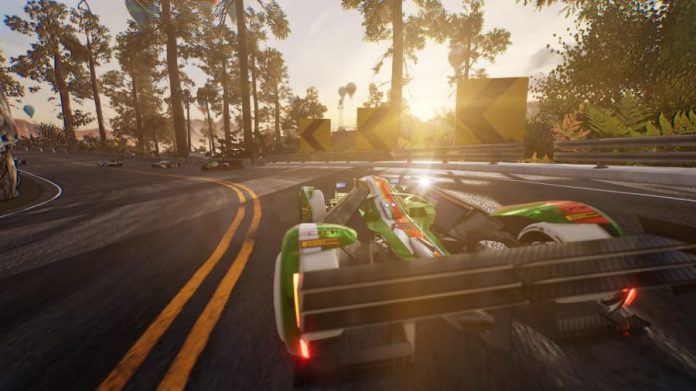 Developed by 3DClouds.it, everything we’ve seen of it up to now reminds us very much of Ridge Racer. It doesn’t matter that the developer’s debut title All-Star Fruit Racing didn’t set our world alight, given that it has been more than 10 years now since the last proper Ridge Racer game released – Ridge Racer 7 – we’ll take what we can get. Plus, every developer has to start somewhere, right?

On paper, Xenon Racer has everything we’re looking for in a futuristic arcade racer.  It has got vehicles with boost, tracks that take us through cities, lots of drifting, online and local multiplayer, and car customisation. It also looks pretty nice judging by the screenshots and gameplay videos available. Soon though, a limited number of PC players will be able to try out Xenon Racer for a short while, as a closed beta is going to take place.

Running from 11am GMT on 1st February until 11pm GMT on 3rd February, the Xenon Racer closed beta aims to test out the game’s multiplayer features before the it launches for PS4, Xbox One, Switch and PC the following month. If you’ve got a PC that’s up to the task of running Xenon Racer and are keen to give it a go (you can check out the game’s system requirements via its Steam page), the good news is that we’ve got 25 Steam keys to give away thanks to the fine folk over at SOEDESCO publishing.

To be in with a chance of taking part in the Xenon Racer closed beta, give @game_spew a follow if you don’t already, as over the next five days we’ll be dishing out keys for it. Obviously you’ll need to own/make a Steam account to redeem one, and if you do manage to claim one, please do give the game a try – that’s what the closed beta is for after all!

To those who are lucky enough to snag a code – we look forward to seeing you on the track between 1st–3rd Feb.