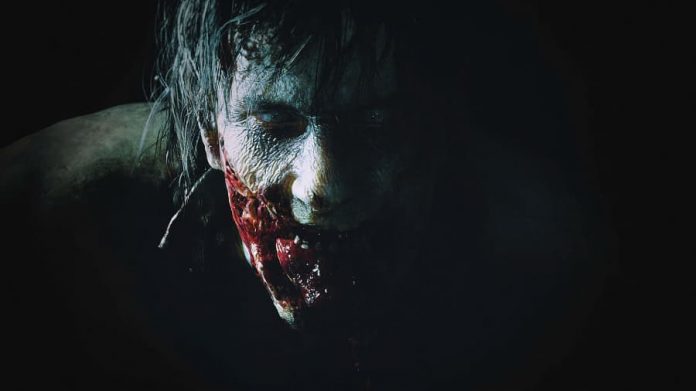 So, Capcom’s excellent re-imagining of Resident Evil 2 is out on Friday, and if you haven’t already seen, it’s exceptional.

If you’re a fan of the old Resident Evil games you’ll absolutely love it, but you don’t need to have any prior knowledge of the series to have a bloody good time. Well, if you can call having chunks of flesh bitten off you and being chased by a huge… thing… a good time. We do, because we’re weird.

Resident Evil 2 once again makes the series the pinnacle of survival horror, and if you’re thinking of picking it up, here are some things that you’re probably going to be glad you know. They might just improve your experience with the game – not that you aren’t going to enjoy it without them.

When you start your first playthrough of Resident Evil 2, you have the choice of playing as either Leon or Claire. Whichever you choose, the game will be largely the same, only really diverging as you reach its second half. In Leon’s campaign, you’ll take control of Ada for a short period of time, whereas in Claire’s campaign you’ll find yourself in control of Sherry.

The weapons available to Leon and Claire are different, too. While Leon eventually gets access to a shotgun, magnum and flamethrower, Claire is able to make use of a submachine gun and grenade launcher. Bear these in mind when choosing who to play as first.

Choose the Difficulty That’s Right For You

Resident Evil 2 has three difficulties for you to choose from when you’re starting a new game. Assisted difficulty is great for those who want a frustration free experience as it makes the game much easier, enabling aim assist, a small amount of regenerating health and weaker enemies. You won’t get any of those helpful features on Standard difficulty, which means enemies will be harder to deal with, and you’re likely to find yourself dying from time to time. Honestly, Resident Evil 2 doesn’t take any prisoners on Standard difficulty.

And then there’s Hardcore, which is for Resident Evil purists. Hardcore difficulty disables the game’s autosave system, instead forcing you to use old-fashioned ink ribbons to save your game. It also make your enemies much tougher. Needless to say, only the skilled will survive.

It’ll only take about eight hours to complete your first playthrough of Resident Evil 2 with whichever character you choose. Don’t worry though, as there’s much more content to go at. Upon completing the game for the first time, you’ll open up a second scenario that puts you in the shoes of the other character. For example, completing the game as Leon opens up a second scenario in which you play as Claire. You’ll visit some new areas and see some different scenes in the second scenario so it’s well worth playing, and once you’re done, why not play through the game again the other way around? There a couple of other scenarios to unlock featuring new characters, too…

Don’t Worry About the Tyrant Too Much

Some players might be put off by the idea of the Tyrant pursuing you in Resident Evil 2, but honestly, they shouldn’t be. The truth is, the Tyrant only appears at a handful of points in the game, and for the most part he’s easily avoided. He won’t follow you into save areas, for example, so you can make use of them to get rid of him. Luring him into open areas also allows you to run right past him without any trouble, and if there is no escape, just put some bullets in him. He’ll drop to his knees eventually, giving you some time to make an escape. The Tyrant is terrifying, but he doesn’t really make your life hell in Resident Evil 2. He just makes it a little more complicated.

You Can Upgrade Your Weapons and Inventory Capacity

Initially, you’ll start out with a measly eight inventory slots and a low-powered handgun. As you explore Resident Evil 2‘s environments, however, you’re likely to find new weapons and upgrades if you search thoroughly. Most weapons have a couple of upgrades available for them, making them more accurate, for example, or increasing the amount of ammo they can hold. Additional hip pouches can be found too, each one increasing your inventory limit by two.

You Can Sneak Past Lickers

Lickers are awful. They really are. Aside from being very freaking looking, they’re absolutely ferocious when you engage them in combat. Luckily, you don’t always have to. As Lickers are blind, you can often pass them by without any commotion if you walk very slowly. Thanks to zombies occasionally being in the same area as them it’s not always possible, though. Still, where you can, it’s best to avoid taking Lickers head-on.

While knives, flashbangs and grenades are useful for injuring and/or disorienting enemies, they’re generally better suited to getting you out of tight spots. Equipping a sub-weapon in your inventory allows you to quickly make use of it with a couple of buttons: slashing with a knife or throwing a grenade, for example. Equipping a sub-weapon also enables you to use it defensively when an enemy grabs you or has you pinned, though. When such instances occur, a button prompt will appear onscreen. Quickly press it and you’ll avoid taking damage while also hindering the enemy that attacked you. Just remember to retrieve knives when you kill the enemies they’ve defended you from – they’ll still be stuck in them.

Examine Items in Your Inventory

Sometimes, the items you pick up aren’t exactly all they seem to be. You might discover that a police badge, for example, is also a USB device. If you ever pick anything up that seemingly has little use, go into your inventory and examine it. Rotate it around and look for buttons or ways to interact with. Sometimes it might lead you to discover a new, more useful item, or at least an alternative way to use it.

Any Resident Evil fan will know that blue herbs can be used to cure poison. It’s strange though, as despite blue herbs being plentiful in Resident Evil 2, we can’t remember being poisoned once. You might think that blue herbs are pretty much useless then, but they’re not. Adding blue herbs to your red and green mixtures will not only fully restore your health but also provide a health bonus for a short while, allowing you to withstand more damage. Consume a red, green and blue herb mixture during boss fights to give you the best chances of survival.

Discard Items You No Longer Need

You’ll pick up a lot of items in Resident Evil 2 that have finite uses. Bolt cutters, for example, are only useful while there are doors that are chained up, preventing you from accessing them, while a key will only open so many doors. Keep an eye on items you’re carrying in your inventory. If they eventually have a red tick displayed on the lower right hand side of them, it means you can safely discard them to free up some space. Or you can drop them off at a storage locker if you wish. There’s not much point though, as you’re really not going to need them anymore.

Make Good Use of the Map

Resident Evil 2‘s new map system is fantastic. Rooms in which there’s still something for you to find or use will be red, so bear that in mind. Also, when you try to open doors that you don’t currently have a key for, the map will automatically be updated for future reference. Any items that you’ve found but haven’t picked up are visible on the map, too.